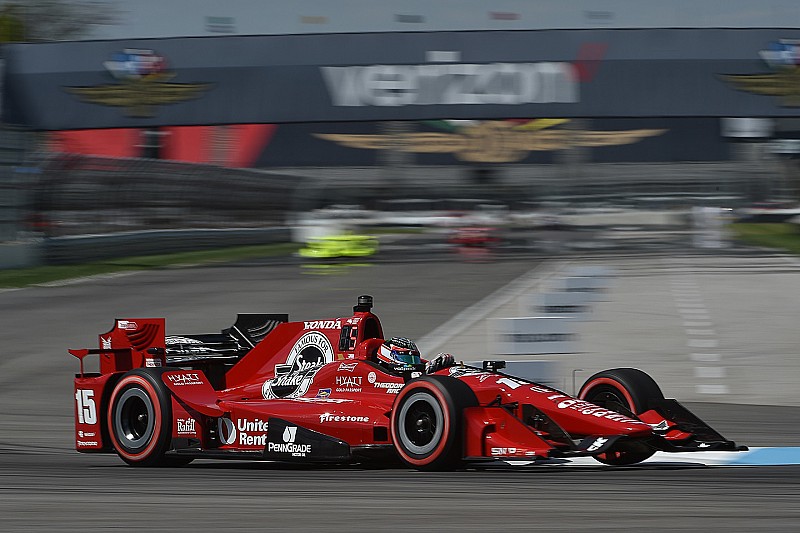 Graham Rahal put the disappointment of his grid penalty behind him to go fastest in raceday warmup for the Angie’s List Grand Prix of Indianapolis.

The Rahal Letterman Lanigan Racing driver, who will start the race from 24th on the grid, set a 1min09.6045sec lap on the Indianapolis Motor Speedway's 2.439-mile course. He headed a Honda 1-2-3, as Alex Rossi and Carlos Munoz taking second and third for Andretti Autosport.

Josef Newgarden, the other driver to be penalized for an underweight car in qualifying, was seventh fastest for Ed Carpenter Racing-Chevy.

Ganassi’s Tony Kanaan and Max Chilton appeared to be practicing how much of a draft they could pick up down the front straight and how close they could follow in corners, although it was the rookie who ended up with the far faster time – P8 vs P22.