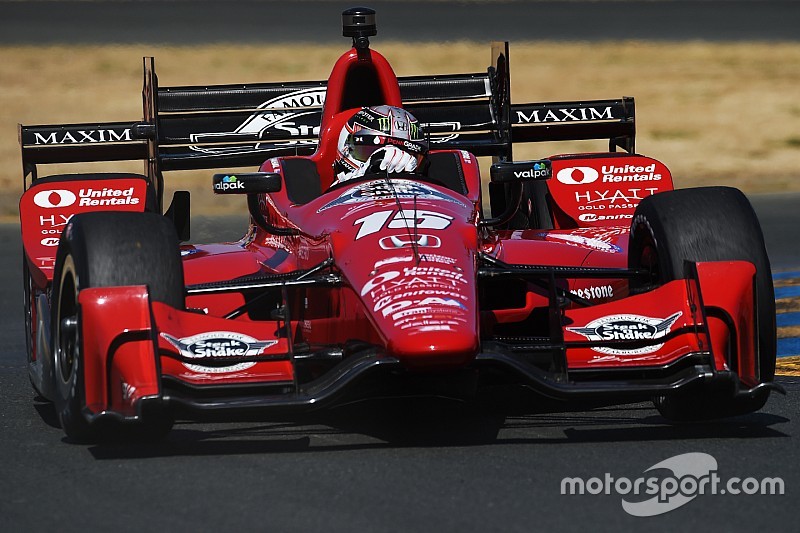 Rahal Letterman Lanigan Racing has signed Indy 500-winning race engineer Tom German to run Oriol Servia in a second car next year for at least three races but in a deal that Bobby Rahal hopes will include the whole season.

German, who last year was race engineer for Indy 500 winner Alexander Rossi at Andretti Autosport, will be RLLR’s engineering consultant in a multi-year deal. However, he will also serve as race engineer for RLLR-Honda’s second car for Servia at the Indianapolis 500, the Detroit double-header and however many other races for which the team can find funding.

“First of all, I must say how proud we are that Tom’s joining us,” Bobby Rahal told Motorsport.com. “I’m very confident that Tom, along with Eddie Jones, Martin Pare, Mike Talbott and Alex Farina, makes a very, very strong core group of engineers, and a really healthy environment.

“Tom is strong – 14 years with Penske, including three championships – and then he’s got Indy 500 wins too. As a consultant, I’m really interested to see what he thinks of our team, where he thinks we might be missing something, or can make ourselves stronger.

“To then have him available to run our second car is a great too. I’m hopeful it’s going to be for the full season, but we’ll have to see.”

RLLR has scored three IndyCar victories over the past two seasons as a one-car team, and Graham Rahal has finished in the top five in the drivers' championship, as top Honda entrant. The team’s expansion to two full-time cars has been on Rahal’s radar, but he again emphasized that it was something about which he’d been wary.

“I’ve been very public about the fact that I want the second car to be something that benefits our team as a whole, and that’s something that Oriol [Servia] provides. We have a great deal of respect for him; he and Graham have been teammates before, both here at our team, but also back at Newman Haas Lanigan. They work very well together.

“At Indy in particular, Oriol produces great feedback that matches what Graham says. I think our performance at Indy in 2015, as the only Honda team that could run with the Chevys was in no small part due to Oriol. So it’s never a difficult discussion about who we’d want in a second car.

“Now it’s a matter of trying to find the funding to run the whole season, so that we can get a Leader Circle franchise for 2018. We’ve had some genuine interest, and although it’s not done yet, I’m hopeful we can get the whole program together.”

Servia himself added: “I couldn’t be more excited to be back with Bobby, Mike and my 'second father' Mr. Letterman for the 2017 Indy 500,” said Oriol Servia.  “We’ve done it before and had some success but both the team and myself are only doing this because we feel we can contend for the win together.

"Since Day 1 in 2009, working with Graham as a teammate has been great and now at Rahal Letterman Lanigan Racing, it just feels like a family."

Regarding a self-imposed deadline by which the team can confirm a full-time second entry, Rahal said: “The problem with drawing a line in the sand is that you so often have to cross it!

“But I’d say within the next 30 days is what we’re aiming for. There are a lot of good people available at this time of the year, and we’ve had numerous phone calls from people wanting to be part of our team, which is great. But we want to be in a position to sign them.

“We don’t just want heartbeats out there. We want to sign the best people available. But until we’ve had the commitment from sponsors, we can’t pull the trigger on hiring anyone.”