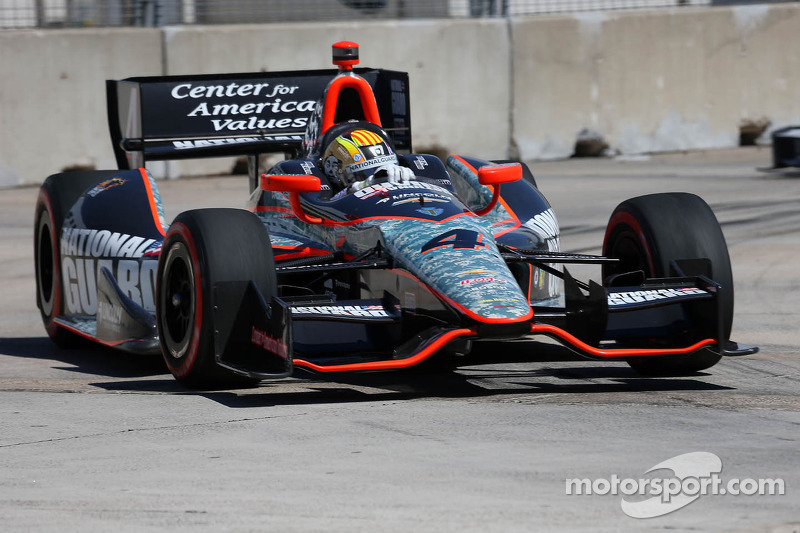 Surprise move in the National Guard bidding process for the 2014 IndyCar season as they close out the 2013 season next weekend as the sponsor for the Panther Racing team.

Next year, the colors of the National Guard with their unique livery will be on the Rahal Letterman Lanigan Racing them instead of the Panther Racing IndyCar team. It comes as a shock considering they have been with the Panther team since 2008 when team owner John Barnes was able to notch what has become one of the top sponsorship in the series.

Along with the car being noticeable, the presence of The Guard’s members at the venues is top notch as they greet the fans and take part in the ceremonies. A good reminder to the Unites States of America that they stand for ready to protect our nation when called to duty; especially on the USA’s home soil.

Robin Miller of RACER broke the news of the switch and at this time, only a “source” from the National Guard confirmed the move.’ 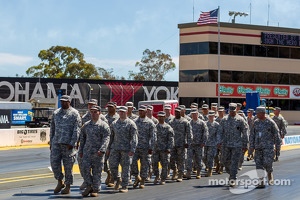 While Brooks’ drivers have not had the best of luck, they did make great strides and more importantly the National Guard car had lots of television and photos exposure; especially when J.R. Hildebrand nearly won the Indianapolis 500 in 2011 but an error cost the young man the victory when he hit the wall but he did finish second.

Most IndyCar fans will remember the late Dan Wheldon racing the National Guard Honda Dallara in 2009 and 2010 with his best finish at Indy in second.

This year, Panther Racing has bounced between two talented racers who know how to win but sharing a single car has been proven not to work but both Oriol Servia and Ryan Briscoe have given it their best in the team’s Chevrolet Dallara.

No doubt there were several IndyCar teams looking forward to have the privilege of racing the colors of the Guard but it was the RLL team that won the honor. Not only did they win the bidding process, they also have the ability to find a top-notch experience racer to drive one of their two cars which would mean James Jakes is out of a ride - that has been somewhat expected. Of course Graham Rahal will stay with the team, and no doubt will race the National Guard IndyCar.

Who will be the second driver for the Rahal Letterman Lanigan Racing team next year: Jakes, Briscoe, Servia or perhaps they will look Sebastien Bourdais, James Hinchcliffe who will be free after the season finale in Fontana, California next weekend. Of course there is also Alex Tagliani who will sub for the injured Dario Franchitti next week.

Justin Wilson’s name was tossed out by Miller but will the Briton walk away from Dale Coyne Racing? After all the team has made great strides this year.