Rahal hoping tire tactics give him a chance against Penske 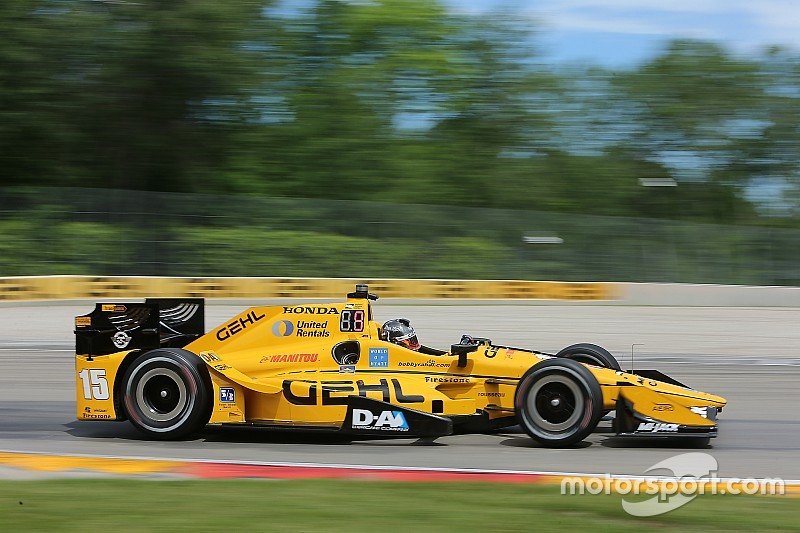 Graham Rahal says his decision to not run red tires in the final round of qualifying at Road America was in order to give himself a chance against the dominant Penske-Chevrolets in tomorrow’s Kohler Grand Prix.

The Rahal Letterman Lanigan Racing-Honda driver reached the Firestone Fast Six but Rahal considered the four Penskes out of reach and so elected to stick with his position on the outside of the third row, as Honda drivers continue to struggle with their aerokits’ drag/downforce ratio.

“We got all of it,” he said afterward. “You know, obviously they [Penske] got something going here that we don't. I think it's more of a balance thing than straightline speed or something like that. I followed [Will] Power there. I felt fairly close speed-wise down the straights to him.

“We tried a lot of things – up, down, all over the place, spring rate, half the spring rate, everything. More than I can remember in a long time. The car is not really responding to it. So it is what it is.

“So now we've just got to drive it and try to find some speed. Hopefully tomorrow we can have a good race.”

“I wanted to – as I try to be normally – pretty race-minded. I just wanted to put myself in the best spot possible for tomorrow. The reds are very consistent. I don't normally get the tire deg that other guys do. I'm just going to hope that's the case for me tomorrow.

“The prime compound this weekend is fairly different than last year. The reds are the same compound as last year, or so I'm told. The reds were really strong last year in the race so I wanted to keep them. I think they'll be consistent.”

Rahal went on to explain that his flying laps had been particularly edgy because of how loose his car felt around the undulating four-mile Road America course, particularly on the primary tire compound.

He said: “It's very high commitment. I've been holding my breath a lot [and] struggled with a really loose racecar. When you're in that sort of condition, it gets your heart rate elevated pretty quick because you know if it goes wrong, it's going to happen in a hurry.”