Rahal and Jakes facing a double header in Houston 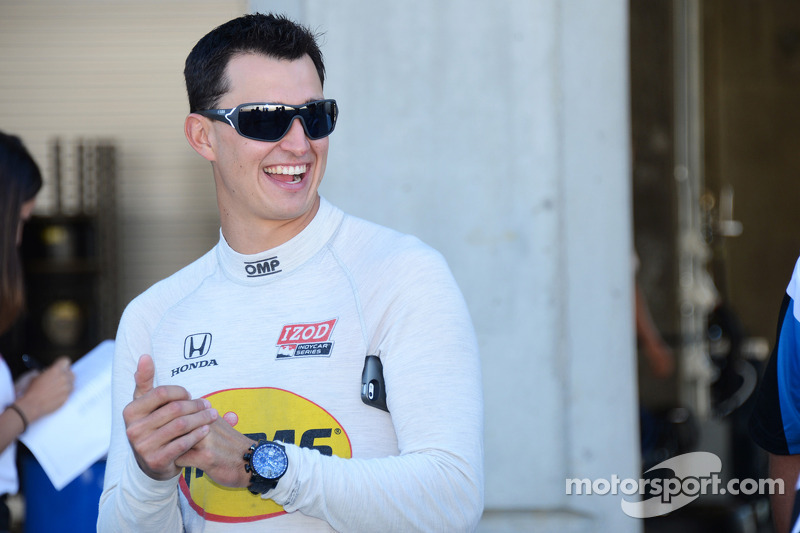 FIRST INDYCAR RACE AT RELIANT PARK FOR RLL – PROMOTED BY MIKE LANIGAN’S COMPANY The Shell and Pennzoil Grand Prix of Houston presented by the Greater Houston Honda Dealers doubleheader on Oct. 5 and Oct. 6 will mark the first (and second) time for the team to race at M.D. Anderson Cancer Center Speedway at Reliant Park. The team competed on the temporary circuit downtown around the George R. Brown Convention Center from 1998-2001 but this will mark the first time for RLL to not only compete at Reliant Park, it will also be the first time for RLL to compete in a race promoted by team co-owner Mike Lanigan’s company, MJ Promotions, since he joined the team in 2011. The event will mark the third overall Indy car race at Reliant Park and first since the 2006 and 2007 Champ Car races that MJ Promotions also promoted. The team will field the No. 15 blu e Cigs entry for Graham Rahal and the No. 16 Acorn Stairlifts entry for James Jakes. 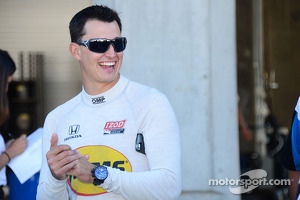 GRAHAM RAHAL RETURNS TO HOUSTON AFTER HISTORY MAKING-APPEARANCE HERE IN 2007 When Rahal, 24, previously competed in an Indy car at Reliant Park, it was a history-making weekend for the then high school senior. His first Indy car race here was Round 3 of the Champ Car World Series on April 22, 2007 and he became the youngest driver to earn a Champ Car podium with his second place finish at the age of 18 years, 3 months and 18 days. Rahal skipped his prom to compete in Houston and qualified sixth. His second place finish brought his team, Newman/Haas/Lanigan Racing, their first 1-2 finish since the 2005 Las Vegas race with teammate Sebastien Bourdais earning the win from a second place start. Rahal also competed in the 2006 Atlantic Series race at Reliant Park where he started third and was in second place when he collided with Raphael Matos while attempting to take the lead with three laps to go and finished 15th. It will be his second Indy car race here and third overall. In total, there are six drivers entered in the event this weekend that competed on this layout previously. Rahal’s 2007 teammate Sebastien Bourdais (2006 and 2007 HGP winner), Simon Pagenaud, Will Power, Oriol Servia and Justin Wilson also competed here. “It was a pretty smooth race for us overall coming off a tough start to the season,” recalled Rahal of his 2007 race. “It was only my third Champ Car race, and to finish second felt awfully good. As a team it was all about completing laps and doing a good job that weekend, and it paid off with a good 1-2 finish at the time. I think the track is pretty much identical from what I have heard. I am excited to go back; it presents similar challenges of a Baltimore style of circuit. It’s very bumpy, has very challenging corners, fast and slow, and it should make for an exciting race.”

GRAHAM ON HOUSTON RACE PROMOTER AND TEAM CO-OWNER MIKE LANIGAN RLL co-owner Mike Lanigan has been involved in Graham’s career for many years starting in 2006 as a co-owner of Conquest Racing, whom Graham drove for in the 2006 Atlantic Series. Lanigan was also part of the ownership when Graham joined Newman/Haas/Lanigan Racing in 2007 and finished second in Houston as well as won in St. Pete in 2008. “Mike has been a huge part of my career, probably second only to my dad. It’s exciting for me to compete with him as part of our racing team, and hopefully we can make him even more proud at a race where he is the promoter. I was definitely involved in this race coming back when IndyCar first merged so it’s nice to now see it come together and be ready to race.” 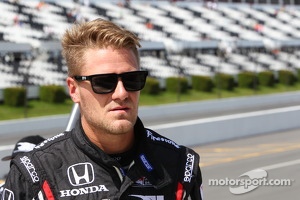 JAKES AT HOUSTON The Shell and Pennzoil Grand Prix of Houston will mark the first for Jakes on this course. He had competitive weekends at the previous doubleheaders in Detroit and Toronto and earned his best series start and finish of second in Dual 2 in Detroit. Jakes is hoping to continue the level of competitiveness he has shown with RLL this season in the final street course race of 2013. “A lot of people have told me this is a very bumpy track. To be honest though, which street track do we go to that isn't bumpy? They are all pretty severe. I’m looking forward to the challenge. At most street tracks, we have been competitive this year so I am looking forward to getting back out there. I think it will be a combination of Toronto and Detroit. We will know a lot more after the first session though. “I've watched a few videos online, and I will speak to the engineers and look at data from previous years,” added Jakes on how he has prepared for the new course. “To be honest though I am going to try and get around the track somehow even if it means looking from the outside. It’s pretty essential to take a look considering there is only one practice before first qualifying.”

RAHAL AND JAKES ON THE PHYSICALITY OF A DOUBLE HEADER IN HOUSTON “Toronto was brutal and it really was due to the heat,” said Rahal. “I feel that Houston could be even worse. Mentally I am prepared, and physically I am as well. I’m excited for that challenge, and I think my strength will serve me well this weekend. I have no doubt there will be mental errors, and if the racing is anything like it has been recently there will be a lot of banging. It should be enjoyable though.” “They were both very physical,” added Jakes about the doubleheaders in Detroit and Toronto. “Having two races on a weekend is very demanding not only on the driver but everyone involved in the team too. Take Formula 1 for example. Their races are shorter than ours anyway, and we have to do two on some weekends. That’s around four hours of racing so it can be very tough.”

GRAHAM ON MOMENTUM SINCE MID-OHIO “We absolutely had a turn around coming out of Mid Ohio into Sonoma. Suddenly our team started to click with (race engineer) Neil (Fife) in charge. We found a balance I felt confident in and started to put in some great laps. I wish we could have the ultimate results we deserved, but we certainly have been amongst the quickest for the last couple of races.”

JAKES AIMS FOR ANOTHER TOP-THREE IN HOUSTON “I think we have to be looking at the top three and nowhere else,” said Jakes who qualified in the top five for three of the four doubleheader races so far, including second for Duel 2 in Detroit. “We have been competitive on the street tracks for the most part this season and there is no reason why it should change. I’m really looking forward to the challenge of the weekend and getting a solid result on the final street track of the year.”

GRAHAM ON GETTING BACK TO WORK AFTER A MONTH OFF “I think it will be tough for some to stay in the groove, but it’s the same for all of us. We simply have to focus on doing the best we can. That’s all we can ask and all we can worry about.”

SFHR and Newgarden ready to "Strike" in Houston