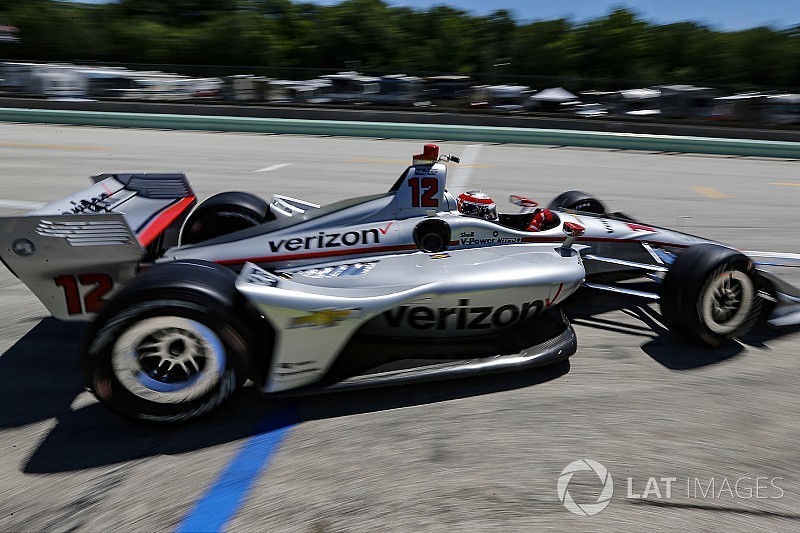 The engine problems that hit Will Power’s Penske-Chevrolet at the start of the Road America race and on Wednesday in the Iowa Speedway test were unrelated, according to Rob Buckner, Chevrolet’s racing program manager for IndyCar.

Power, starting from the front row for last weekend’s Road America round, felt his engine running rough on the pace laps and fell back as soon as the race started, needing to pit for several laps before retiring.

Buckner told Motorsport.com on Tuesday that the problem “appears to be an ignition system issue. Unburned fuel in the exhaust system was lit off abruptly by adjacent cylinders, leading to a header failure.”

In response to the #12 Penske’s engine failure during the 13-car test at Iowa Speedway, Buckner sent an official statement to Motorsport.com that did not reveal what the latest problem had been, but suggesting that it was an entirely separate issue from the Road America failure.

“Racing pushes every component to the limit and issues occasionally surface. We learn from these issues, address them and move forward.

“The issues experience by Will Power in the two most recent events were unrelated, have been addressed and corrected.

“We look forward to ongoing success by Will and our other Chevrolet IndyCar drivers during the balance of the 2018 IndyCar season.”

Borg-Warner Trophy to be displayed at Goodwood Festival