Power: IndyCar has got downforce levels right at Iowa 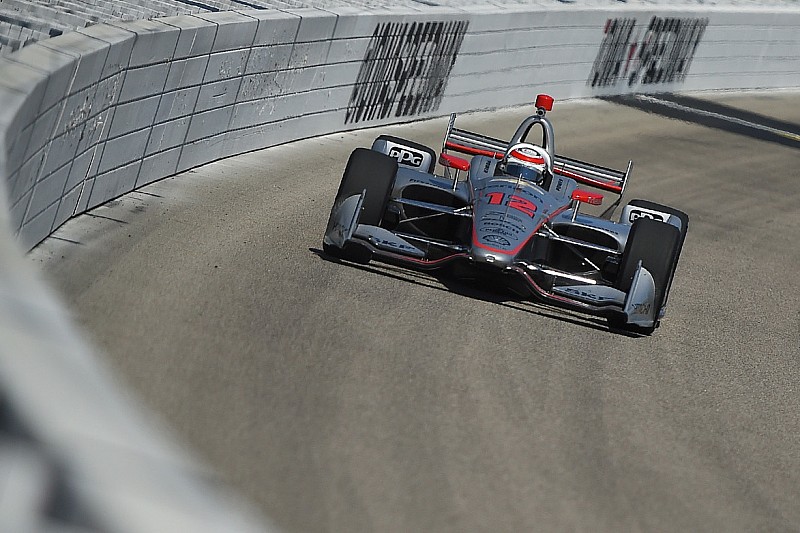 Will Power has endorsed IndyCar’s 2018 aero package at Iowa Speedway, saying that the cars are much harder to drive than in previous years – adding that’s the way it should be.

The Team Penske-Chevrolet driver scored his second pole of the season and his third at Iowa Speedway, saying afterwards that it was one of the more demanding qualifying runs he’d had at the 0.894-mile course.

He explained: “It's really difficult to understand the grip level – when you should lift and how you should get back on the throttle, so you never feel like you did the best lap.

“But that's short-track racing and the formula we run now is always difficult. I've definitely had a lot easier qualifying [runs] around this place in the past. But it should be hard. It should never feel good.”

Amid continuing discussions over downforce levels on all ovals this year, Power said that those who’ve missed in terms of setup are always seeking ways to mask their car issues by calling for IndyCar to increase downforce levels on the spec aerokits.

“That's pretty normal,” he remarked. “When people struggle they always go into panic mode… they want a Band-Aid, and downforce is the Band-Aid to make everything feel real good.”

Power whose best result at Iowa is a second place in 2016, said the variety of strategies in tomorrow afternoon’s race would make for a good race.

“The tire dropoff is going to create some very interesting strategies because I think you're going to pit before you run out of gas,” he said, “basically because your lap times drop so much and new tires are so good.

“It's going to be tough. You'll have people take risks and pit early and make a lot of hay whenever they're on fresh tires and everyone is struggling. Makes for good racing.

“It's really good where the formula is right now, and I’m looking forward to it.”

Josef Newgarden, who is the only driver to score more than three wins this year, and will start alongside Power tomorrow, agreed with his teammate’s opinion of the aero package.

“Yeah, I think the car feels great. I mean, I think all of us have been pretty happy with it… it's been really fun to drive. We were actually talking about how much fun it was to drive the car at the test.

“I think you're going to have a great race. I think you'll see a lot of side-by-side racing, but maybe someone will get it that much better than the other and have an amazing day.”

Newgarden, who dominated at this event in 2016 driving for Ed Carpenter Racing, said the nature of that car – equipped with a manufacturer aerokit – and 2018’s heavily reduced downforce package was huge.

"In 2016, you were used to just being flat out and having baby lifts [off the throttle] as the tires degrade, but really used to being flat on the throttle," he explained.

"And now you're having to lift pretty early in the corner to try and make sure the front is going to be stuck, make sure you have enough rear grip underneath you.

“I actually think the car is a lot easier to save now. If the car gets sideways, it gives you way more warning. With the old car you'd stretch the string and it would snap immediately all of a sudden. This thing you can stretch it way out and it gives you a lot more warning when it's starting to get out there.

“It's really easy, I think, to drive this car sideways compared to the old one, but that also makes you busier. If you're not a driver who’s comfortable doing that, then yes, it can be a more uncomfortable car to drive.

"But if you like the car being sideways, I think it gives you a lot more warning with what it's doing.”