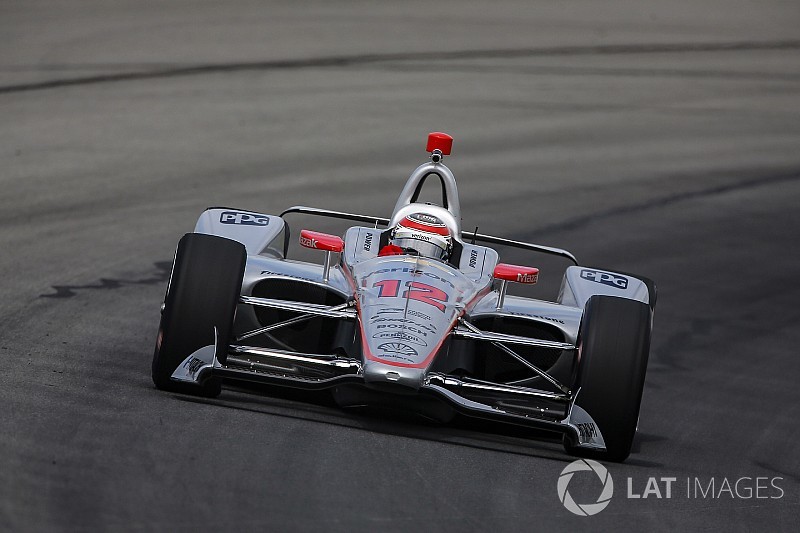 Both Will Power and Scott Dixon say more can be done to improve the behavior of the spec IndyCar kit on superspeedways, after each were left frustrated by their cars’ handling imbalances in dirty air.

Dixon’s Chip Ganassi Racing-Honda rose from 13th on the grid (an underperformance caused by his car bottoming out over track bumps) to finish third, but lost touch with winner Alexander Rossi and runner-up Power when he got bottled up behind Marco Andretti. The third-gen IndyCar racer had cut his pace by some 5mph in order to save fuel and avoid making an extra pitstop, yet for three stints was still able to hold off Dixon and Sebastien Bourdais, although both would jump him in the final third of the race.

Meanwhile Power kept the pressure on Rossi but was, like Dixon, unable to match the winner’s pace through traffic and by the time he got his car tuned to be marginally faster on a clear lap, he had run out of laps.

Said Dixon: “I had lots of understeer. We added tons of front wing to the car. Just about every stop I think we added front wing. Made multiple changes to try to get the thing to turn. You can get it pretty loose by itself, but in traffic it's a massive washout. With the kink [Turn 2] being as difficult as it was, you just couldn't pass.

“Through the middle stint we tried to shift up on strategy, then got caught with Marco which threw our whole pack into a 208-210[mph] situation. The leaders took off and the rest of us were racing for third. Somewhat of a frustrating day… We definitely need to try and sort our act out, especially in qualifying.

“It was really tough to pass,” he continued. “You could get past cars that were really bad, but cars that were sort of midway and halfway pace, you just really struggled. Marco was lifting big-time to get fuel mileage and I just couldn't get a run on him. If we didn't have the washout we did today, it would have been a lot easier to pass. Next year we need to come out with a revised aero kit.”

Strong in and out laps and a superlative pitstop from Penske’s #12 crew allowed Power to emerge from the pits with a marginal lead over Rossi on Lap 138, but three laps later, losing downforce in the wake of traffic ahead, Power had to back off the throttle in Turn 1, and was passed by Rossi into Turn 2. Then, having once more closed the gap down to Rossi before the final stops, Power encountered a backmarker on an outlap as he tried to make a swift in-lap, and then himself had a poor out-lap.

“We got [Rossi] in that one exchange,” he said, “but just got a couple of bad runs out of Turn 1, to be honest. He was kind of beside me going into T2. That was that.

“Then in the last pit stop, we had a great shot at getting him again but I caught Max Chilton at the worst possible spot in T3, washed right up into the marbles, almost got into the wall. Got back into the pits. On the out lap, I got a mis-shift into second [gear]. That was our only shot to close the gap to him. If we didn't jump him in that exchange, it was going to be very difficult to get him. He was obviously very fast.

“It was just difficult to follow and get a run on people. Basically full green, no yellows or restarts [after the very early red flag for Robert Wickens’ shunt].”

Remarking on the aerokit situation, Power commented: “Yeah, there’s less downforce to start with. I think we haven't had enough time to understand the tire, because Scott and I did a test at Indy and found the tire makes a big difference. This car has a different weight distribution [to the 2015-’17 cars with manufacturer aerokits], a lot further forward. [We could] probably make the tire work a lot better, as well.”

Added Dixon: “As Will sort of alluded to, we had a pretty successful test at Indianapolis a week or two ago with some aero changes and some ideas to move forward. The tire was a big thing, [also] the front wing, some of the underwing, as well. I think there's definitely some things in the works.

“It's our first go at it. It's tough. When you don't get to run at these places... Some tracks you can dial in really easily and really well. I think right now it's super tough to follow close and ultimately it makes it really hard to pass… Some of it's just how the car functions right now. I think the front wing is pretty inefficient, especially when you have [steering] lock in it. When you get close it washes out [the front] a lot more than the rear so you don't have an even balance from the loss of downforce.

“IndyCar is working hard. They're very thorough. This year I've been really excited with how on it they've been, trying to understand what we need. They will get it right. It's hard first time at some of these tracks that none of us test at.”

Power agreed, stating: “It's the best group they've ever had at IndyCar on the technical side. Bill Pappas, Tino Belli – these guys are very thorough. They've worked as engineers on teams. They are always making the right moves. They've made a car that looks awesome, and it does race well on short ovals and road courses.

“Superspeedways? Just temperature can make a difference. The wind direction today was just bad for racing, because you had a tailwind out of T2. Where passing was last year, it was just impossible to get a run through there.”