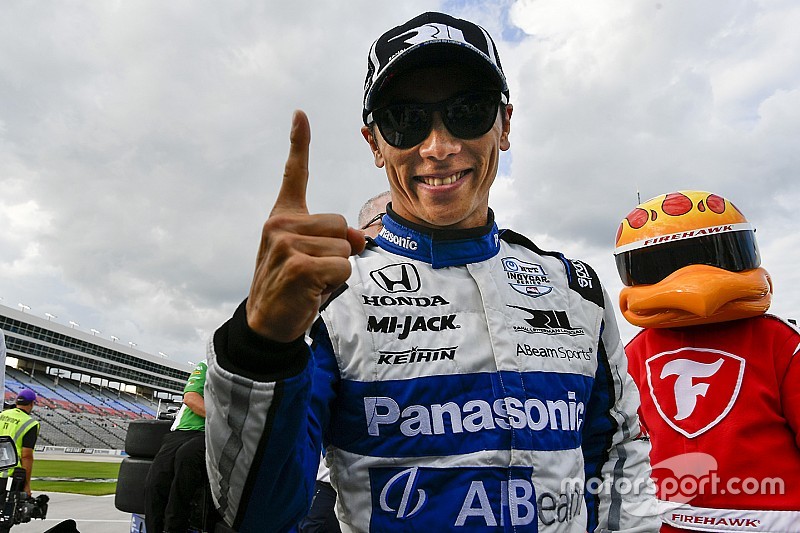 He led a 1-2-3-4 for Honda, as Sebastien Bourdais was a fine third for Dale Coyne Racing with Vasser-Sullivan, while Ryan Hunter-Reay was top Andretti Autosport driver with fourth.

Points leader Josef Newgarden was seventh in a second Penske, but the third Penske of Will Power was way down in 15th, while another title contender Alexander Rossi also struggled with only 11th fastest average.

They were both better off than Marco Andretti who had to come off the throttle and walk his car up the track on his second lap, resulting in a 196mph lap, while Tony Kanaan struck the wall on the exit of Turn 2 on his first flyer and abandoned his run.