Mix of pleasure and frustration for Penske after first Iowa race 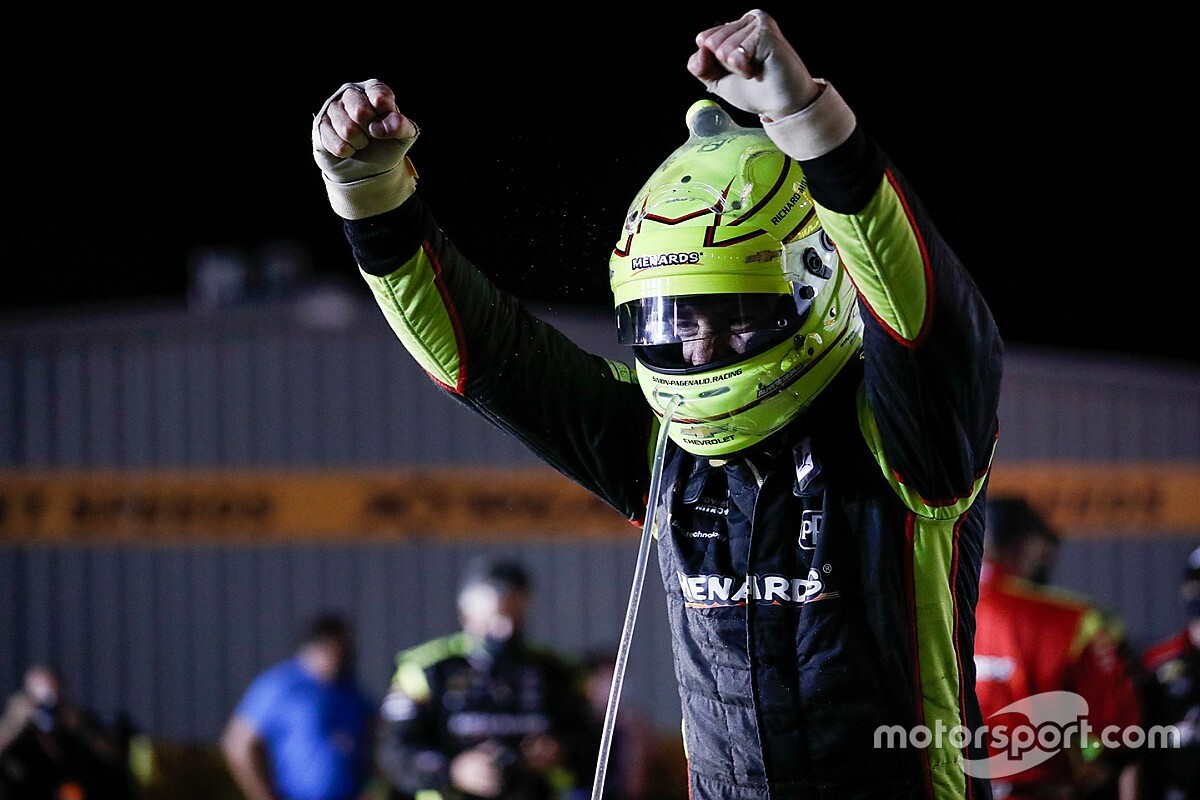 Simon Pagenaud was thrilled to open Team Penske-Chevrolet’s 2020 NTT IndyCar Series win account with a storming and tactical drive from the back of the field, but Josef Newgarden and Will Power were left ruing missed opportunities.

Pagenaud, who had been unable to qualify due to faltering fuel pressure – and therefore starts this evening’s race from the back of the grid too – scorched through to 15th in the opening stint, and then kept moving forward until becoming part of a Team Penske 1-2-3.

Then a well-timed caution period – caused by Power’s wheel falling off and sending the #12 car into the wall, immediately followed by another yellow for restart crash between Colton Herta and Rinus VeeKay– worked in the Frenchman’s favor. Over the final stint he held off championship leader, Scott Dixon of Chip Ganassi Racing-Honda, and kept his head despite cars on fresher tires unlapping themselves from him. He came home first by half a second.

“We unloaded really well, this morning [practice],was really fun,” he said afterward. “Qualifying was disheartening, but these guys never give up, and that’s what this team is all about. It’s amazing… I have to rewatch the race. How did I get here?

“I don’t know, but the last 50 laps were certainly a lot of tension. When Dixon is chasing you, you’ve got to hit your marks. It certainly wasn’t easy with lapped traffic, and I knew we had a really good car on long runs. That was really my chance.

“I was really keeping up with my tires and they behaved really well, the Firestone tires tonight.

“I was a little worried about the McLaren guys because they pitted for new tires, and new tires had so much speed.

“In the end, just thanks everyone at Team Penske. And thank everyone who supports us. That was an amazing team effort.”

Newgarden had looked the likely winner for much of the night, but for him the caution periods hurt, the yellows flying just after he had pitted and therefore putting him a lap down on this 0.894-mile oval. He still might have finished on the podium but had to save fuel and tires in the final stint to ensure he didn’t have to make an extra pitstop, and that meant he had to let the fresh-tired Arrow McLaren SP-Chevys of Oliver Askew and Patricio O’Ward past him.

“The caution was certainly the nail in the coffin,” said the defending series champion and two-time Iowa winner. “Not to sound too overconfident, but we had the car to beat tonight, hands down. It is just bad luck, the yellow coming out when it came out – you can’t predict that stuff. You weigh the pros and cons when you’re trying to go long or trying to go short with your pit windows.

“I can’t fault my Hitachi guys. I think they did a great job. I had a rocketship, and I’m sad we couldn’t put our car in Victory Lane because I feel that we had that potential. Like I said, I’m really proud of my guys. They always do a great job for me. We just chalk it up to bad luck.”

Newgarden will start from pole in tonight’s Iowa 250 alongside Power, who ran second to his teammate for much of the race. Thanks to stopping a lap earlier and strong in and out laps, he was running ahead of Newgarden when his left-front wheel worked loose and fell off, causing him to understeer into a wall.

Power, who has encountered several pitlane issues this year, only one of which was his fault, was left bemused by his latest misfortune.

“The front end took off and I went into the wall,” he said. “Not a good feeling.