Although the deal has not yet been finalized, Spencer Pigot will return to ECR-Chevrolet next year, again as Carpenter’s road/street course driver in car #20. 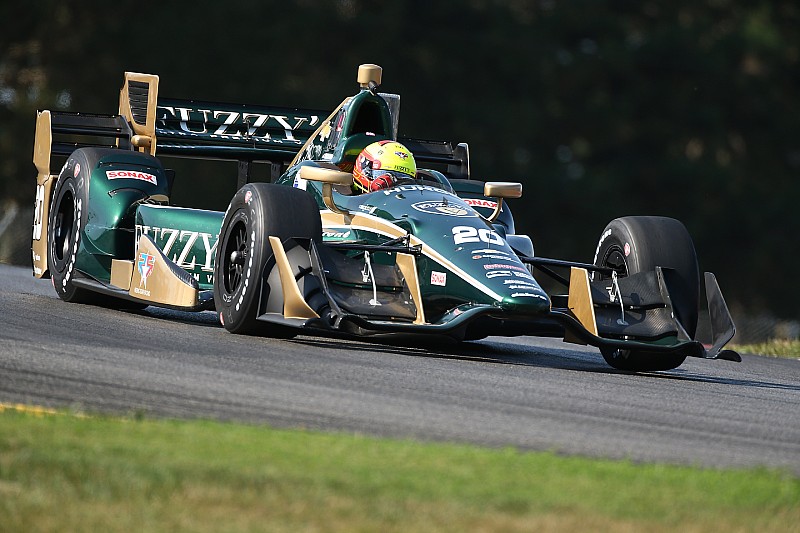 Pigot will therefore get at least 11 more races under his belt from the Verizon IndyCar Series calendar, with team owner Ed Carpenter taking over for the six oval races.

It is not yet clear whether the California-born/Florida-domiciled 23-year-old will also get a third car for the Indianapolis 500, as has been Carpenter’s practice the last three years, with JR Hildebrand at the wheel.

ECR last month confirmed Hildebrand as fulltime replacement for the Penske-bound Josef Newgarden in the team’s other full-time entry.

Pigot started 10 races last season – three, including the Indy 500, with Rahal Letterman Lanigan Racing, as his prize for winning the Indy Lights. Immediately after that, he stepped into Carpenter’s #20 where he remained for the rest of the year for tracks involving rights as well as lefts. His best result was seventh at Mid-Ohio and a ninth at Road America.

Pigot's prime contender for this ride was another American youngster, Zach Veach, who scored three Indy Lights wins for Belardi Auto Racing last season and tested very impressively for ECR at Sonoma the week prior to the IndyCar season finale. However, Carpenter is known to favor continuity when possible and had spoken of his wish to see what a confident Pigot might do with a year of IndyCar experience under his belt.

Although Mazda sources refuse to confirm it, Pigot is also expecting to reprise his role at the Prototype team in 2017, racing the new RT24-P at the four endurance rounds of the IMSA WeatherTech SportsCar Championship. This will be confirmed between New Year and the Roar Before the 24 official test, Jan. 6-8.