"Performance criteria" will decide when 2018 IndyCar is unveiled 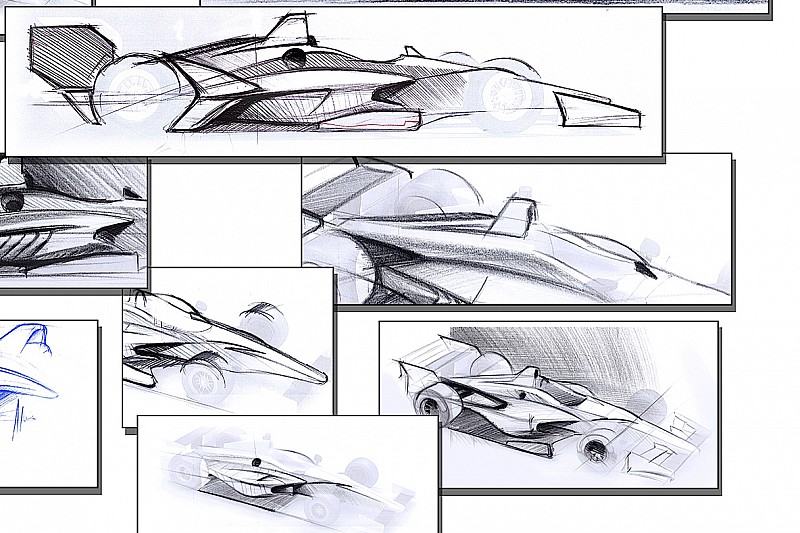 A full-scale model of the 2018 IndyCar, complete with universal aerokit, may not appear at Indianapolis Motor Speedway this May, but Jay Frye, IndyCar’s president of competition and operations, has vowed to “unveil something.”

Although IndyCar originally intended to display next year’s car at IMS in the lead up to the 101st Indy 500, Frye said that getting the car prepared for testing would take priority.

In a conference with Indy Lights team owner Ricardo Juncos, who yesterday announced his team was joining the Verizon IndyCar Series for this year’s 500, Frye said: “Everything’s full-speed-ahead [with the 2018 car]. We’re for sure farther ahead than we thought we’d be at this point in some aspects, but maybe behind on other pieces of it.

“I don’t think it’s right to say it’s behind, but the days are clicking off.

“Our intention is to do something at Indy, but we don’t want to deter from the performance of the car, getting the thing ready to go test, versus unveiling.

“We’ll unveil something at Indy, I’m sure, whether it’s an actual car or the final renderings or whatever. Ultimately we’d love to have a car but we want to get all the performance criteria done first before we get to the point."

Juncos, meanwhile, confirmed that his Indy 500 entry was a precursor to joining the series fulltime in 2018. Using chassis purchased from the now-defunct KV Racing team, Motorsport.com understands that Juncos has also bought KV’s superspeedway aerokit, but not the road/streetcourse gear, since all teams will be switching to IndyCar’s universal aerokit in 2018.

On this ‘toe-in-the-water’ approach, Juncos said: “It’s good to do it this way. The Indy 500 is the biggest race and it’s never easy, but it’s easier to put things together on the sponsor side to make it happen.

“On the other hand it is a very difficult track and a difficult race, but we are going to take it step by step. There will be a lot to learn and I will know way more after the race than I know right now! A lot of questions will be answered in my mind, but the only way to do this is try it, right?

“We are trying to prep ourselves the best possible way to become a fulltime IndyCar team and do the best job possible.”