Penske foresees no conflict of interest as IndyCar, IMS owner 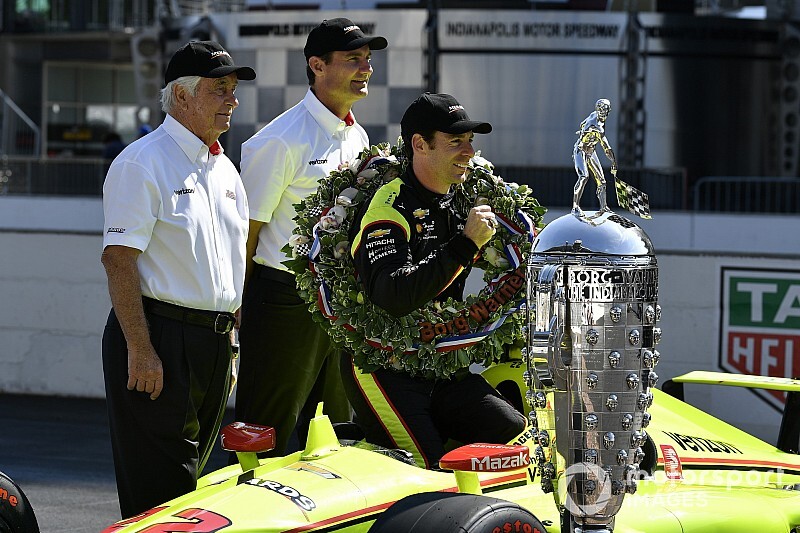 Roger Penske hopes that his “credibility” will help avoid being accused of a conflict of interest now that his Corporation is buying Hulman & Company, which owns Indianapolis Motor Speedway, the NTT IndyCar Series and IMS Productions.

In the media conference that followed, in which Penske was accompanied by outgoing Hulman & Co. chairman Tony George and incumbent president and CEO Mark Miles, Penske announced that he would be standing down from his duties calling strategy. He has worked with Will Power for the last two seasons, with the exception of the IndyCar GP at Indy and the Indianapolis 500 where he ran Helio Castroneves’ pitbox.

The most successful team owner in the history of IndyCar (16 championships, 212 wins) and the Indy 500 history (18 wins) pointed out that previous drivers and team owners have owned the Speedway and that he would not allow his ownership of the track and series to influence the races.

He said: “I think as you look at the construct as we go forward, the sanctioning body and [NTT IndyCar Series] will be a separate company, and the other assets will be in the Speedway.

“I think you have to ask our competitors at this point. Tony has been a car owner, Wilbur Shaw and Eddie Rickenbacker have been drivers, so there's been some history. But I don't want to leave this conversation without you knowing that I understand integrity, and there's got to be a bright line.

“I know what my job is, and hopefully I've got enough credibility with everyone that we can be sure that there is not a conflict – and I'll do my very best to be sure there isn't. If you think there is, I know that you folks will tell me pretty quick. So I've got a lot of guys watching me.”

IndyCar president Jay Frye stated: “"The stewardship of this sport will have the unique opportunity to transition from one iconic institution to another in the Penske Corporation. This scenario for the future growth of the sport could not be more perfect. Roger Penske has been an integral part of this sport for more than a half-century, and his passion, vision and business acumen will ensure its future growth.

“We also would like to thank the Hulman-George family for their dedication to the sport and building the Indianapolis 500 into one of the most successful sporting events in the world over the past seven decades."

President of IMS Doug Boles added: "The professionalism, integrity and values of Penske Corporation match perfectly with those of the Indianapolis Motor Speedway. Roger Penske and his entire company understand the history, legacy and tradition of the Speedway, and their passion for IMS is known and respected worldwide. We're confident Penske Corporation will be a faithful, vibrant steward of this great facility and its events, ensuring a bright, successful future."

The team owners with whom Penske most frequently battles for IndyCar championships and race wins, Chip Ganassi and Michael Andretti, also welcomed their rival’s latest acquisition.

"This is great news for the industry,” said Ganassi. “The news will provide a shot in the arm to both the sport of auto racing and specifically to the IndyCar Series. Roger is a good friend and a class act, and all of his businesses are run well and with integrity. I couldn't be happier for all of us that are involved with the sport."

“I think it's positive news,” added Andretti. “Roger has always strived to do great things for both IMS and INDYCAR racing, and I'm sure he will continue to do so in this new ownership position. Both the Indy 500 and NTT IndyCar Series have been on a rise, and I look forward to the continued climb."

Outside of racing but within state bounds, there was also support. Indiana governor Eric Holcomb said, “I couldn't be more excited about the future of the Indianapolis Motor Speedway with 'The Captain' Roger Penske at the helm. Mr. Penske's vision, team and high expectations will ensure Indiana's most iconic asset continues to grow.

“Along with INDYCAR, the Indianapolis Motor Speedway forms the core of an entire racing industry that employs thousands of people and pumps hundreds of millions of dollars into our economy. As a racing fan, my excitement is only equaled by my appreciation for the longtime Hulman-George commitment to the past and future of the sport of racing and to our great state."

Joe Hogsett, Mayor of Indianapolis commented: "Today marks the start of a new chapter for the city of Indianapolis, as the torch is passed from the Hulman-George family to another leader who shares a passion for the famed Indianapolis Motor Speedway and the legacy of IndyCar.

“For decades, Hulman & Company has overseen one of Indianapolis' greatest assets, acting as community partners and stewards of our state's most prized tradition. Residents across the city and around the globe all have stories of the wonder of IMS, thanks to the dedication of the Hulman-George family.

“I know Roger Penske and the Penske Corporation will continue this legacy, acting as ambassadors for Indianapolis and presiding over another century of progress, innovation and sporting excellence at the world's greatest racetrack.”

Penske willing to “take a risk” on future Indy events