Subscribe
Previous / Smiles all around in the Rahal camp Next / Miles named new CEO of Hulman & Company, Belskus to focus on INDYCAR, IMSC
IndyCar Special feature

By:
Joe Jennings
Listen to this article

Roger Penske has a rich history in open-wheel racing and over the years, his IndyCar teams have been nearly peerless at the Indianapolis 500, winning the famed race 15 times.

Penske, 75, is best described as a highly successful business overseeing auto dealerships and other businesses around the world. He knows what it takes to be successful and the importance of skilled management. As a result, he’s frustrated with the recent management changes at the top of the IZOD IndyCar Series.

“When I see the change at the top, it is a little disappointing to see they didn’t have a plan before making the change,” he said while in Homestead, Fla., for the NASCAR finale. 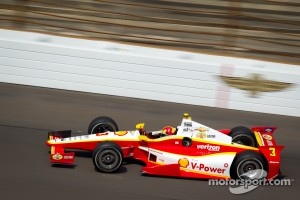 “There’s never been a leader there over the last several years that has stayed, and that’s a shame,” he added. “In management, you need continuity just as much as you need continuity in our races. IndyCar needs strong leaders such as they have in NASCAR.”

Commenting on Randy Bernard’s leadership, he praised the former IndyCar leader, “There were a lot of things that Randy brought to the table that were positive.”

From the competition standpoint, Penske is pleased with the evolution of the new cars and engines, and he sees sunny days ahead. “I think the series is strong enough, and there are good owners and sponsors,” he said. “If we can go into some of the new cities, such as Houston and Detroit, and succeed, it will be important as we go forward.”

He would also like to see additional oval tracks added to the schedule, so drivers could gain experience prior to the Indianapolis 500. “From a safety and learning standpoint, we have to have drivers gain experience before they go to Indianapolis,” he said. 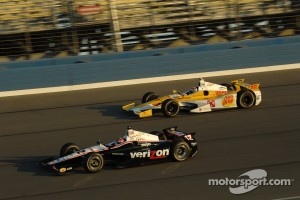 He cited the Milwaukee, Iowa, Texas and California races as oval events that turned out to be winners, and he credited the rules package for contributing to the outcome. “The fact that you can pass and not just run in a pack, it is good from the driver, safety and fan perspective. And it puts the driver back in the seat.”

For the 2013 season, Penske plans to field two cars and will have a third if funding can be found. He also praised Ryan Hunter-Reay for his championship run. “Ryan did a great job, and he’s tough as nails. He did a good job at Baltimore (street course) and came back at California without a very good car where he pulled it together and delivered after Will’s (Power) accident. Ryan’s a good champion and will represent the sport well in 2013.”