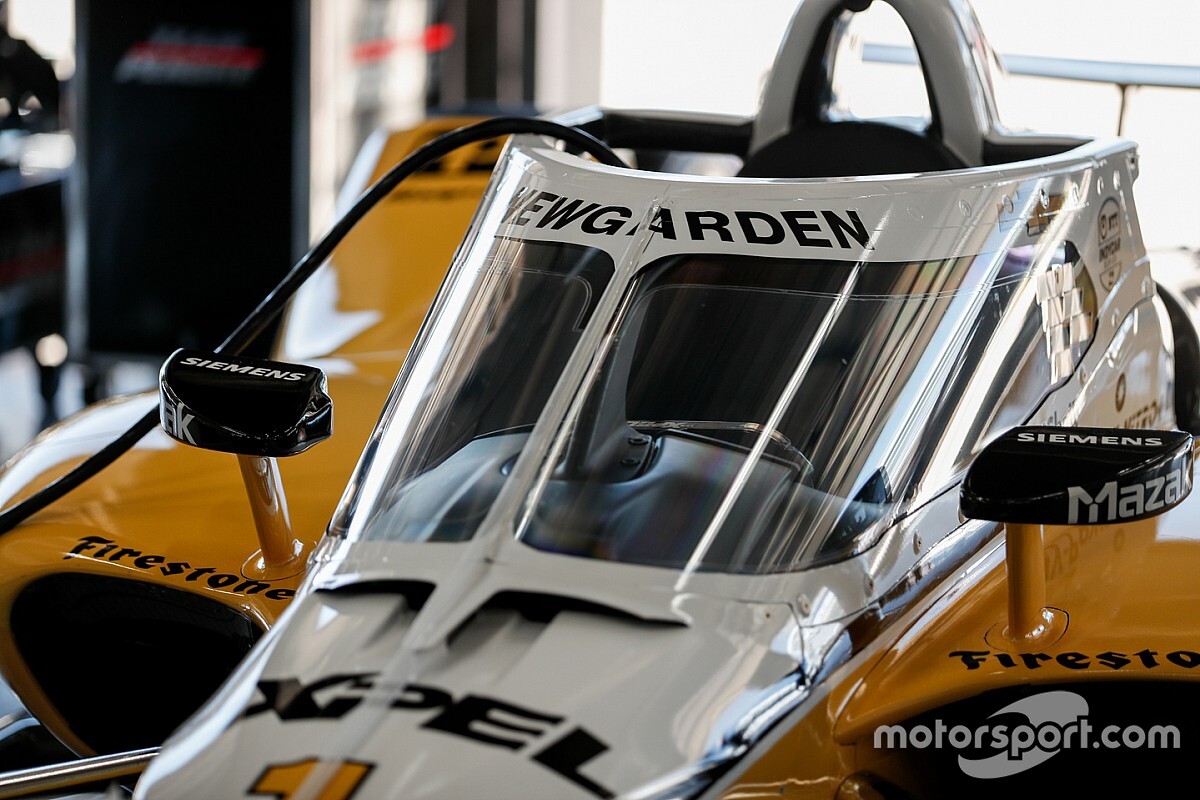 IndyCar’s new-for-2020 aeroscreen had its debut at Texas Motor Speedway last Saturday and Felix Rosenqvist, Josef Newgarden and Simon Pagenaud said they had zero visibility issues – but that it had changed the nature of their cars’ handling, as expected.

Despite some worries over visibility issues with reflections caused by the setting sun and the cars having to flit in and out of shadows at the Genesys 300, the NTT IndyCar Series’ season-opener, drivers from Chip Ganassi Racing and Team Penske said they had ceased to notice visual differences.

Team Penske’s reigning champion Newgarden said: “Other than the handling differences, I didn't notice the screen, to be quite honest with you. You can take that as a very good thing. I didn't notice it.

“It's there now. I mean, it felt like a normal IndyCar race to me. I didn't notice a big difference to last year.

“The handling is different in the car, but as far as the driver's experience, I don't even notice the thing any more. It's crazy how good a job they've done with the ducting.

“The visibility was fine. I had zero issues with it from that standpoint. [But] it’s a very different animal to drive. Mechanically you had to work with it a lot.”

Teammate Pagenaud, who beat Newgarden to runner-up spot, said: “The car changed dramatically. We're going to have to adjust. Obviously, in a one day event, it wasn't very easy to do that. It was good to have a whole race and be able to figure out what we need to do for the future going forward.

“But same as Josef, you just feel it's safe. You feel like if anything happens, your face is protected. That's awesome. That's awesome to see that IndyCar has made such a leap forward in safety.

“Personally, I'm very thankful that we're in that era. Obviously, safety is big. We go very high speeds. Things can get safer, it's pretty awesome. That is a big positive.”

Rosenqvist, Ganassi’s sophomore who crashed out of second place late in the race, told Motorsport.com he actually enjoyed the experience more, even aside from feeling better protected.

“It was good, there were not any problems with it,” he said. “I can’t tell you one thing that wasn’t good with it.

“It was more comfortable to drive with. Normally on the ovals you have a lot of turbulence going through the cockpit, and everything just felt a lot more calm. The cooling is a lot more focused. You have a duct that sucks in air into your helmet, that even helps with the cooling.

“The only scenario that will be tricky is in the rain, but so far it even seems to have worked better in the rain than without. They did a hell of a job with that.

“I did one-race with a halo [in Formula E], and same thing there – you don’t think about it. When something is in the middle, ahead of you, you just look around it. If you ask anyone, there hasn’t been a complaint. Both the aeroscreens and halos fulfill their purpose – good security with no loss; just a bit of extra weight.”

Iowa’s IndyCar double-header will be open to fans