Paretta Autosport team owner Beth Paretta has suggested her team will continue beyond the 105th running of the Indianapolis 500 – and Simona de Silvestro believes she could be available for future outings.

Although the Indianapolis 500 is naturally the most attractive race in the NTT IndyCar Series schedule for a start-up team that includes 19 women among its 30-strong team, there is also a high risk of disappointment in a year when 35 cars are competing for the 33 spots on the grid.

“Absolutely, and we actually considered doing a bundle of races,” said Paretta when asked about the risk of failing to qualify. “Part of it has to do with Simona's day job as a Porsche factory driver so there were some conflicts with some of the dates, so we looked at that.

“But we decided collectively with Roger [Penske] and [Penske Entertainment] upper management that we would start here and then go from here.

Quizzed if this meant there were more races coming up, Paretta looked coy, stayed mute, but nodded.

“I am at the moment under contract with Porsche, but I think in that sense I'm pretty lucky that they are really a big racing brand,” she said. “I think even when I called them about doing the Indy 500, it didn't take two seconds for them to let me do it.

The final two races of the 2021 season, at WeatherTech Raceway Laguna Seca and the streets of Long Beach, do not clash with ADAC GT rounds, and Motorsport.com understands the team is interested in getting an oval, a road course and a street course under its wheels in 2021.

Paretta said she was encouraged by the response to the creation of the team, which fell neatly into Penske Entertainment’s ‘Race for Equality and Change’ initiative that was set up last summer.

“We got a ton of CVs, a ton of resumes, through the website, through my LinkedIn, every way,” she said. “From a lot of men, as well, which was lovely. In fairness because it was such a short timeline, we really relied on people that we knew and had a relationship with, and then kind of like ‘one degree of separation’ – like going to a resource like Jefferson Hodges with Team Penske who had previously worked with a bunch of the women before or knew them through the NASCAR Technical Institute. We really were pragmatic about it.”

Paretta said the technical alliance with Team Penske had helped convince other participants to join the squad.

“It’s easier when you call somebody like a Simona De Silvestro and say, ‘Hey I'm putting this team together and I have a technical partnership with Roger Penske.’ I don't think there was any hesitation! To be aligned with a team that knows their way around the Speedway is a little easier.

“I have a good relationship with Chevrolet, so did the Penske situation help there? No, I had that and I'm a known quantity in some places. But there's no doubt that it just helps, because when you're calling and talking to possible potential sponsor partners, it's one thing to back an idea, it's another thing to back an idea that has a connection to something that's a going concern.”

“For sure I think our association with Team Penske is just incredible. I've learned so much just over the test day and yesterday, as well, so just kind of getting confidence out there, and the car feels really good, so from that point of view, I'm really excited to be here because I think we have the tools to do something great, and everyone is really learning really quickly from everyone.

“Me myself, as well, I haven't been in an IndyCar for six years, so it's great to have great teammates around me and everyone from Team Penske really kind of helping us out on that side. For sure having Rocket Pro TPO and Money Lion kind of coming on board and taking this journey together, I think it's very special. I think without them we wouldn't be here, as well.

“The car looks pretty good, as well – fast and cool. Yeah, and Chevy, to welcome me back in the family, I think it's really special.”

De Silvestro started 68 IndyCar races between 2010 and ’15, with a best result of second at Houston in 2013 with KV Racing. She said that in her return to IndyCar for last month’s test at the Speedway, she had “felt at home pretty quickly.”

She went on: “I always felt the most comfortable in an open-wheel car to be honest. That's I think how my driving style is. Also growing up in Europe and all that and just having driven these type of cars for such a long time, I felt pretty quickly at home.

“For sure, here at the Speedway definitely the first few laps it's pretty quick because I hadn't been here for six years, but yeah, I felt pretty comfortable pretty quickly. I think that has a lot to do with the team, taking it really step by step and having also the other drivers to kind of lean on a little bit. That felt actually pretty good.

“I think it was good that we did the open test because we all got to know each other for the first time and know how everyone works, and also with my engineer and things like that. It feels really comfortable out there, and for sure the racing is a tough part because now you're racing on an oval, but we've been doing a bit of practice, and today, as well, we'll try to do a bit more traffic running to get as comfortable as we can out there in traffic, as well.”

“IndyCar has done so much for my career, I think it really put me on the map. But when I was here in 2010, 2013, I never got the call from a big team, even though I think kind of the results were okay, and it could have been a possibility. I think it just took a little bit of work, and finally, with Beth doing this and also Roger, I think when they called me, it was quite special because I feel like, OK, I've put in a lot of work to be in this position finally, and here I am today.

“For sure I think this is the best opportunity for me yet in IndyCar and here, as well, at the Indy 500 because literally everyone in the team, everyone around us really wants us to do well. They really give you everything you need and try to make you as comfortable as you can, and the car is really fast, as well.

“From that point of view, it's just putting my head down and getting it done, and hopefully this will be a really strong month of May and we'll see where the journey goes.” 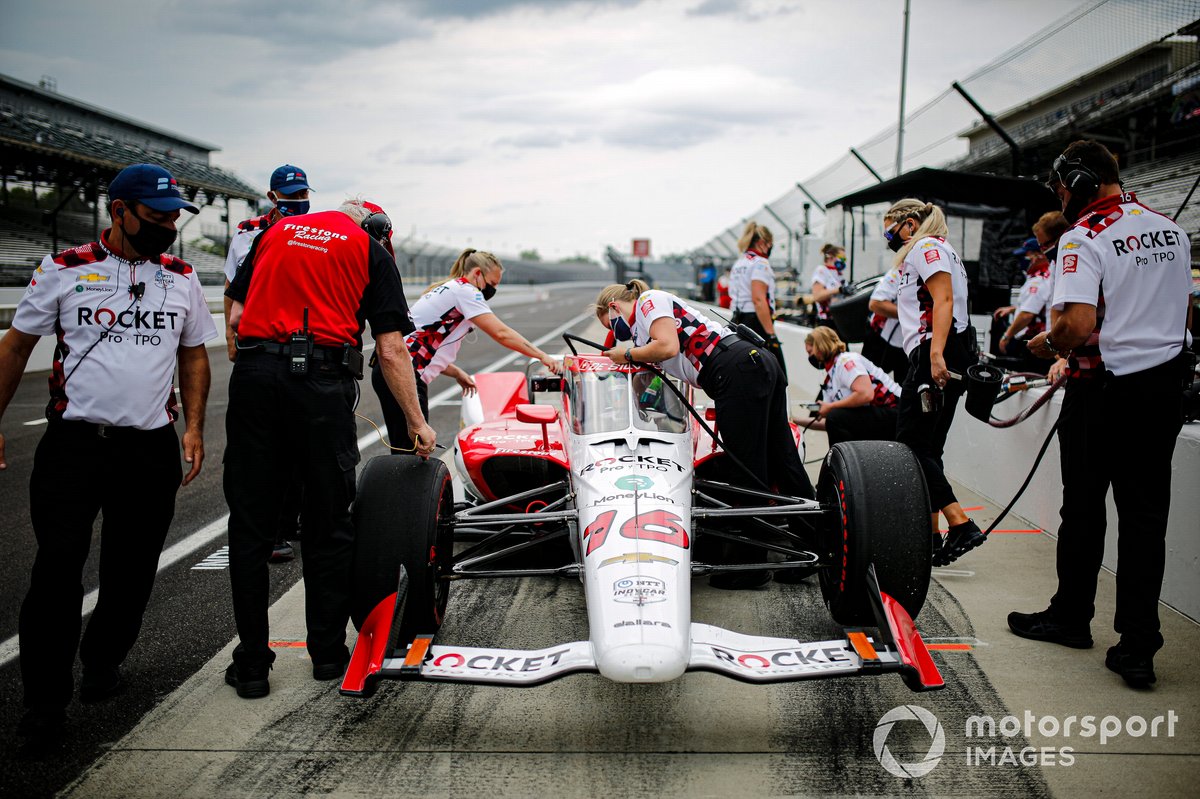 De Silvestro: Now I know what to expect from current IndyCar