Panther Racing overcomes, comes back for top-5 finish at Texas 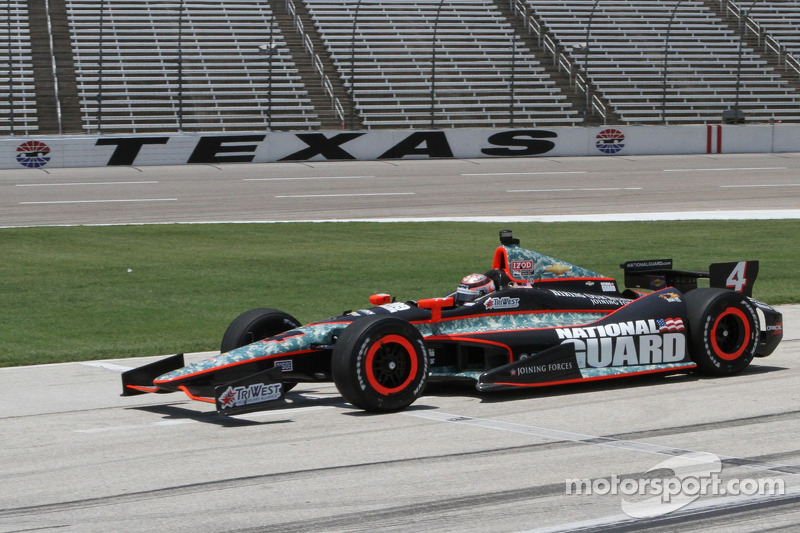 FORT WORTH, Texas - (June 9, 2012) – National Guard Panther Racing driver JR Hildebrand started 23rd, was a lap down on two occasions, and still drove through the IndyCar Series field in the Firestone 550k at Texas Motor Speedway for a fifth-place finish. The result was Hildebrand’s second Top Five and third Top Ten finish in seven starts this season, and Panther’s tenth Top Five and 16th Top Ten finish at Texas. 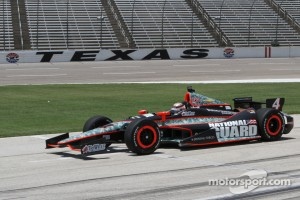 Hildebrand started 23rd after he nearly crashed during the warm-up lap of qualifications on Friday afternoon, but wasted little time climbing through the field in the race. He moved to 16th by the team’s first pit stop on Lap 36, and then shot up the grid during his second stint – reaching eighth place just before a yellow for a crash involving Takuma Sato. A stellar pit stop by the Panther crew put Hildebrand in fourth position before the race restarted on Lap 71.

As was the case for a lot of cars during the race, as the green-flag stints wore on, the handling of the cars dropped off drastically. Hildebrand fell down the grid before a green-flag pit stop on Lap 116 and even fell a lap behind then-leader Scott Dixon. But the team would get its lap back after staying on track following a yellow for the stalled car of EJ Viso. Once waved around, Hildebrand pitted for tires and fuel and adjustments to help fix the loose condition of the No. 4 car. JR moved back up to eighth position the following stint, and almost immediately upon being lapped by Will Power, another yellow flew for a single-car crash involving Dixon. Again, the team stayed out under the yellow and waited to pit until after the wave around to regain its position on the lead lap.

In the final stint, Hildebrand was able to pass three-time Indy 500 winner Helio Castroneves to move into the fifth position, which is where he remained until the conclusion of the race. The result was JR’s fourth career IndyCar Top Five finish and his eighth career Top Ten finish.

The IZOD IndyCar Series will now travel to the Milwaukee Mile for Milwaukee IndyFest, which will be broadcast live on ABC next Sunday at 1 pm (EST), with additional coverage provided by the IMS Radio Network, XM Channel 94 and Sirius Channel 212. Practice, qualifying and race coverage is also available on the new IndyCar Mobile app from Verizon.

QUOTABLE: JR Hildebrand, No. 4 National Guard Chevrolet: "Starting from 23rd, going a lap down twice, we’re definitely happy to come home with a Top Five in the National Guard Chevy. This is a place where Panther has been good, so there’s always a little bit of an expectation that when we come in here we can work our way up to the front. The last few stints the car was super loose, but we were able to keep the speed up enough that we didn’t lose a lot of time or positions. And when the car was good we could hammer on it and catch up. We would have liked the car to be a little bit better at the end of those runs, but shoot man, we’re happy to take a finish like this tonight. I definitely think all the drivers like being able to drive the car – I was going full swings back and forth during a run to make the car work better, and that’s fun for us when you’re the one that makes it work and you can see the results. It’s still an engineering project, but as a driver it’s super nice to have a lot more input into what’s going on.”