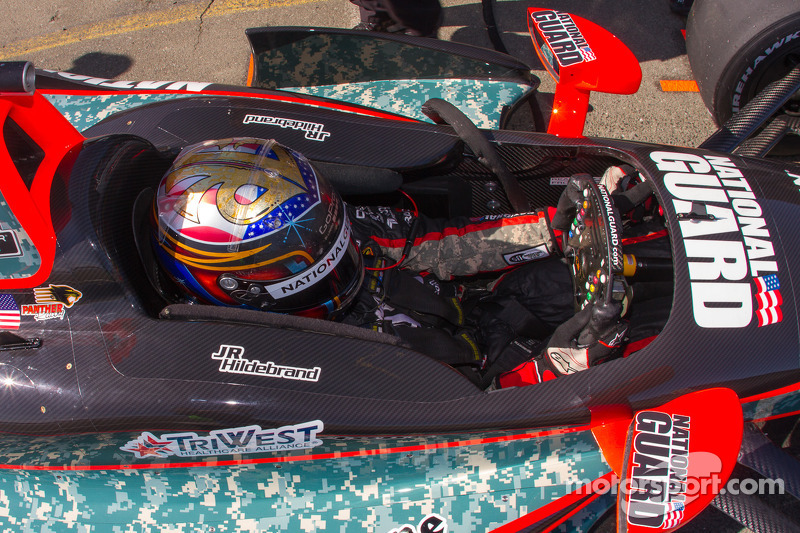 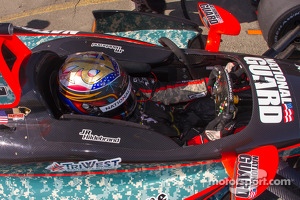 ST. PETERSBURG, Fla. (March 21, 2013) – A long IndyCar offseason finally comes to an end this weekend as Sunday’s Grand Prix of St. Petersburg marks the official kick-off to the 2013 season. Panther returns with American JR Hildebrand piloting the No. 4 National Guard Chevrolet in what will be his third season with the team. The team is also extending its partnership with Panther Dreyer & Reinbold Racing and their driver, Spaniard Oriol Servia. The two drivers and crews will work out of the same garage at the racetrack, and with the addition of Technical Director Tino Belli to oversee both operations, the collaboration will be more streamlined for the 2013 season.

Operation: Hire Our Guard is a Panther Racing initiative to raise awareness and educate business leaders around the country about the increasing unemployment crisis facing our National Guard, with the ultimate goal of making the connections necessary between the military and business leaders to secure quality employment for National Guard Soldiers. Unemployment is the No. 1 issue facing returning and demobilizing National Guard members and their families. Overall unemployment is 13% - as high as 30% for Veterans between 18-30 – and, in total, there are currently 65,000 unemployed National Guard members. These goals will be accomplished through at-track programs during IndyCar Series race weekends, off-site and employer-outreach programs in states where IndyCar does not race and through nationwide promotional efforts.

This weekend at 10am Panther will conduct its “Operation: Hire Our Guard” program in the hospitality area in St. Petersburg. Business leaders from local Florida companies will join National Guard leadership from the area for the 45-minute long presentation that educates attendees about the unemployment crisis, the benefits of hiring Veterans and then makes the required connections to facilitate hiring.

Last year our events provided Veterans exposure to approximately 9,300 job opportunities and based on a conservative approach, potentially over 4,300 Guardsmen have been employed as a result of our program. While our employment program is a small dent in the 65,000 estimated unemployed Guardsmen, our efforts will increase in 2013 as our partnerships and program grow.

Hildebrand started in the 18th position and was in 17th on Lap 12 when the team pitted for the first time, but a mechanical issue with the hub of the right-rear wheel during the stop caused a long delay in pit lane, and the No. 4 car returned to thefield in the 24th position. As teams cycled through their pit stops, JR made it all the way to the lead of the race on Lap 72 and stayed at the point for three laps before being passed by eventual-winner Helio Castroneves just before the team made its final pit stop on Lap 75. He returned to the field in 11th position and began to quickly move his way through the field; passing Franchitti for tenth on Lap 80, Andretti for ninth on Lap 84 and, after moving to eighth when EJ Viso pitted for fuel, he quickly tracked down Power and Simon Pagenaud in the closing laps. After closing the gap on the sixth and seventh place cars, he popped out to make a move on Power into Turn One on Lap 97 when a failure in fuel pressure rendered the team helpless as the car coasted to a 19th-place finish.

Panther Racing has named SSG James D. Nirenberg as its honorary Hometown Hero for the Grand Prix of St. Petersburg weekend.Panther began its Hometown Hero program in 2008 to help highlight an extraordinary Soldier from each respective state’s National Guard. Each hero participates in the IndyCar Series driver autograph session during the raceweekend and sits next to Hildebrand while signing a specialty-made hero card. The hero also takes an IndyCar Experience two-seater ride, is honored during an awards presentation in the team’s hospitality unit prior to the race and is also recognized on the pre-race stage in front of the crowd prior to the start of the race.

JR Hildebrand, No. 4 National Guard Chevrolet:
"I'm really looking forward to the season getting started this weekend. It's been a long off season and it's been great to be able to get some testing in lately, but it's a whole different feeling when you actually get to show up at the track to race. Last year at St. Pete we had a really strong run before getting caught out by a fuel pressure issue so I'm really looking forward to getting back there to see what we can do. I think our partnership we have with Panther DRR is going to be very beneficial all around this year. It's great to be able to work with those guys again and continue to grow, so I can't wait to kick things off in a few days."