Panther DRR gears up for Milwaukee 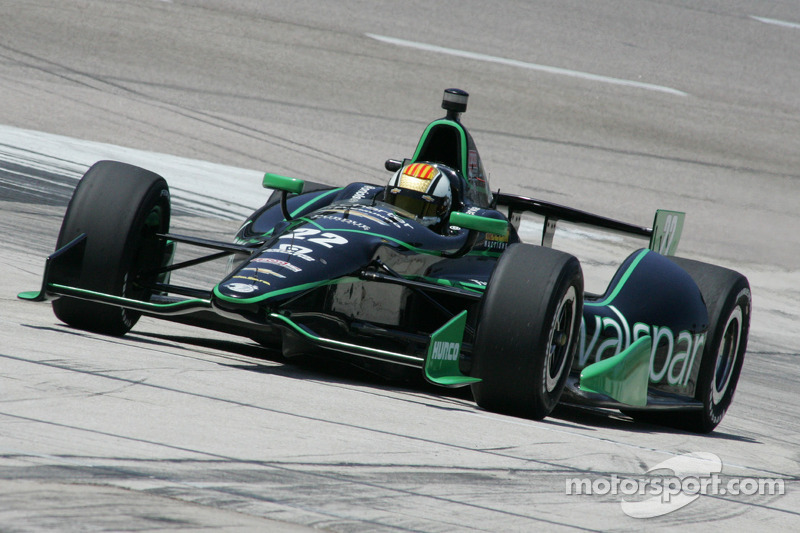 This weekend will mark Servia's 11th start at the historic Milwaukee Mile track (his first two starts at the one-mile oval were in 1998 and 1999 in Indy Lights). 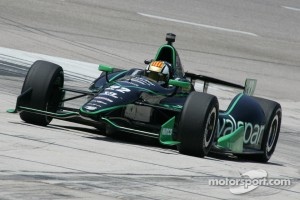 Last weekend in Texas, Servia started the race 11th, but his day ended early due to a fuel pressure problem. He finished the day in 20th position.

This year's Indianapolis 500 marked a career-best result in the race for Oriol Servia and Panther DRR. It was the Spaniard's fourth start and he finished the day with his best result for the race, which was 4th place. It was the same story for the team. The race was Panther DRR's 13th start and their best result for the Indianapolis 500 race as well. The Chevrolet Detroit Belle Isle Grand Prix marked the second top-five finish in a row for Panther DRR and Oriol Servia.

Servia will pilot the No. 22 Charter primary livery for the second time this season. Charter is a leading broadband communications company, and the nation's fourth-largest cable operator providing broadband entertainment and communications services that includes advanced Charter TVTM, Charter InternetTM access, and Charter PhoneTM to homes and businesses across 25 states.

Last year Oriol Finished fourth in IZOD IndyCar Series standings....Recorded 11 top-10 finishes, with a best of second at New Hampshire and Baltimore....Among three drivers to be running at the finish in all 17 races..... Led all drivers in laps completed (2,103 of 2,011)....Oriol was the only driver to finish in the top 10 in first five races of the season.

This weekend will mark Panther DRR's 8th time to compete at the one-mile oval. The team has started at least one car in every race at the track since 2004. Last year Justin Wilson started 13th and finished 10th and Ana Beatriz started 11th and finished 17th. In 2008,Buddy Rice and Townsend Bell finished team best of 10th and 11th. DRR has led a total of 37 laps at The Milwaukee Mile.

It was announced in May that the Indianapolis-based squad has united with two-time IndyCar Series champion Panther Racing to form a strategic alliance on Oriol Servia's entry for the remainder of the 2012 season. The No. 22 Panther/DRR team will utilize Panther's second Chevrolet engine lease and work in conjunction with the No. 4 National Guard team and driver JR Hildebrand.

Oriol Servia, No. 22 Panther DRR, on Milwaukee: "I like Milwaukee a lot. I've always had good races there and, luckily for us, we were able to do a test day and learn a little be bit about the car on short ovals. We finished the test a lot happier than what we started and I think that we have some direction. It's always a great race for the fans and the drivers, and I can't wait to go there again and bring the Charter car to the front."

Andretti Autosport happy to be returning to The Milwaukee Mile

Quartararo: Struggling to overtake with the Yamaha