Alex Palou has suffered a huge shunt during qualifying for the 105th Indy 500 qualifying, but has been released from the infield Medical Center and cleared to drive again.

The series sophomore, who already held sixth fastest time, was the sixth driver to make a second run despite the rising track temperature making gains hard to find.

The car spun bounced into a spin across the track, but Palou, after punching the wheel in frustration, was able to step out without assistance. He was soon discharged from the infield Medical Center and cleared to drive.

Having taken the slow line to join the track, Palou hadn’t needed to withdraw his current best four-lap average of 231.145mph so his time is safe and may still get him through to the Fast Nine shootout tomorrow. 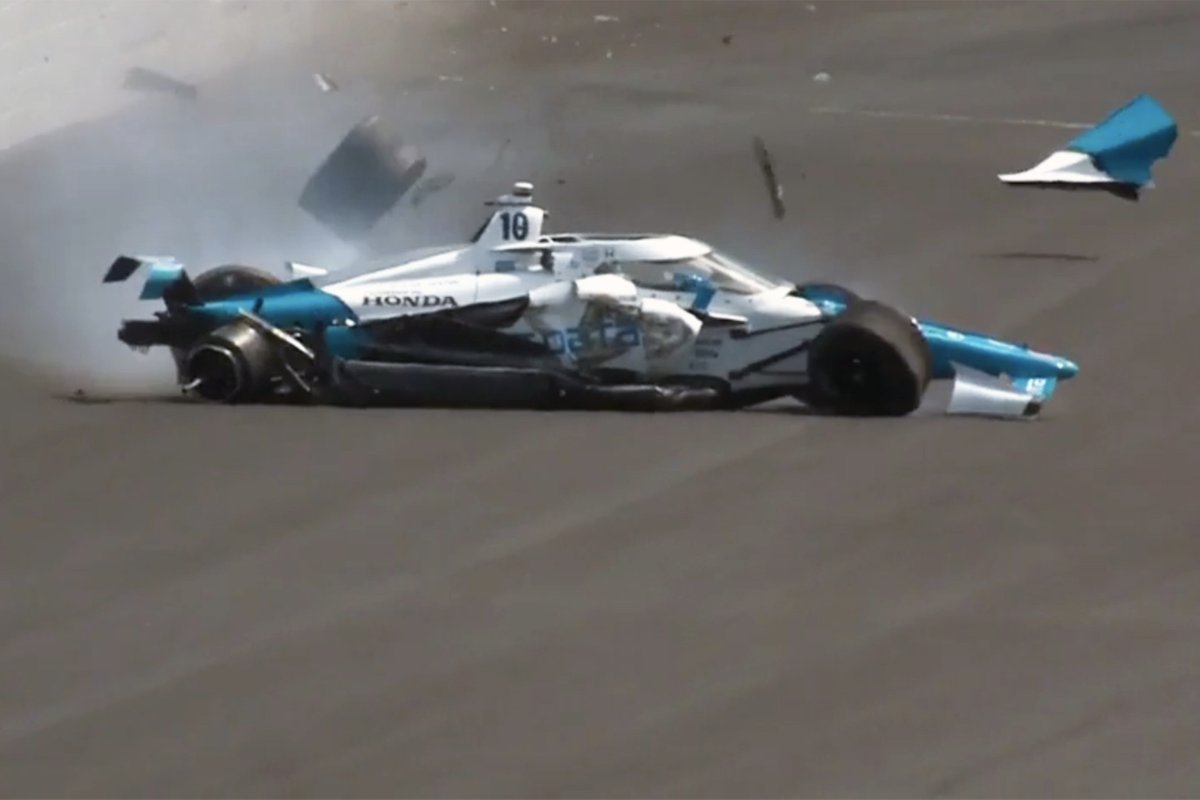 Indy 500: Dixon P1, Power and De Silvestro not yet qualified