Palou: It would be “amazing” for IndyCar to return to Japan

Indy cars raced on the oval at Motegi, Japan, from 1996 to 2010, and when the Tohoku earthquake caused structural damage to the track, the event switched to Motegi’s road course in 2011. However, that was the last time that the series raced in Japan, despite Honda being one of the pillars of the NTT IndyCar Series for the past 25 years.

Penske Entertainment Corp. president Mark Miles told Motorsport.com: “For several years we have not been engaged in discussions aimed at racing in Japan. The condition of the Motegi track, and our strategic focus on North America, are the primary considerations.”

But Palou, who finished third in the Super Formula championship, said he would love for U.S. open-wheel racing to venture down to Japan once more.

“I had a great experience in Japan and I sometimes miss the fan atmosphere there,” he told Motorsport.com. “It’s insane how many people they get at the races for what is a kind of junior series.

“I miss the culture a little bit, and having everything so precise – but that doesn’t mean I’m not having fun here. I have had my best moments here and I have always wanted to live in the U.S. so I wouldn’t change one for the other.

“But I had many nice experiences in Japan, and some day I would like for IndyCar to go back there, because then I would have the best from the two worlds, right?!

“It would be amazing, and I think it would make sense. We did that before and we have a Japanese manufacturer, and I think especially as we have Takuma here – a two-time Indy 500 winner. We need to take advantage of stuff like that – same as going to Mexico with Pato [O’Ward] strong and with a good team. I think that could be crazy-fun, too.”

While F1 and IndyCar veteran Sato would inevitably be the darling of the crowd were the series to return to Japan – as he proved when he took the Borg-Warner Trophy on tour in his homeland in 2017 – Palou is aware that he, too, remains very popular in Japan.

In 2017, he competed in the Japanese Formula 3 championship and finished third in the points table with three wins and five pole positions. Two years later, he raced in Super Formula for TCS Nakajima Racing and was leading the championship finale, set to clinch the title, when he suffered a suspension issue that forced him out. Ultimately he finished third in points.

“I noticed in my social media how many Japanese fans still follow me,” Palou agreed. “It’s crazy that they’re still there even though I’m out. It’s normal that when you’re not racing there any more, they stop following you or don’t have so much interest.

"But they have been following and supporting me, buying stuff [merchandise] from me. It’s like to them I am half-Japanese, which is perfect for me! It’s tough to really get deep into a culture like this, so it’s been very nice to see.

“That’s what makes Japan so special for me, and that’s why I miss it a bit because I see how much they still support me and cheer for me.”

Palou said that he also still keeps up with the major racing series in Japan.

“Yes, I still pay a lot of attention to Super Formula, because I still have a lot of relationships in Japan,” he said. “I think the level there is really high. My former teammate Tadasuke Makino [who won the SUPER GT championship in 2020 and now races for Dandelion Racing] is really fast. I rate him really high.

“And one of the Toyota drivers, Ryo Hirakawa [currently second in the SF championship for Team Impul] – he has been very strong for the last three or four years. He’s a really, really talented driver and he’s always there, fighting for wins whether he has a good or bad car.

“But honestly, the standard is so high, there are many really good drivers there.” 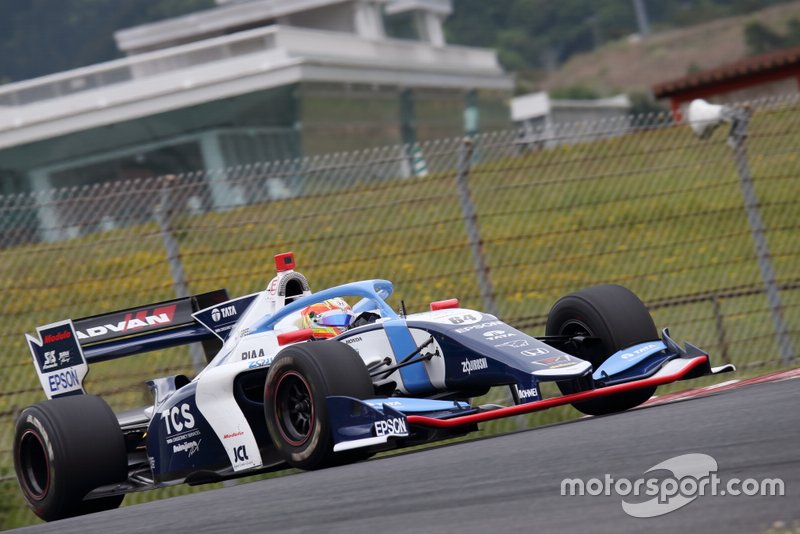