Ben Bretzman, race engineer for Simon Pagenaud, believes the IndyCar championship leader is ready to defend his points lead from Penske teammate Will Power at this weekend’s season finale at Sonoma. 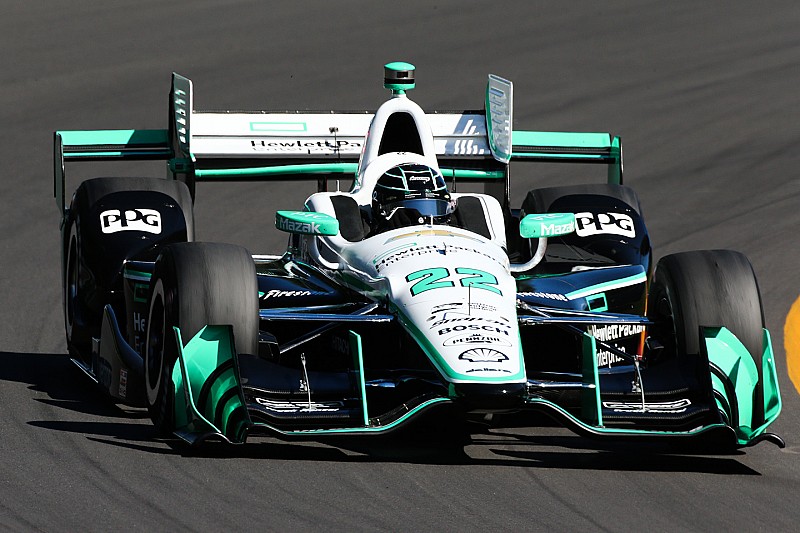 However, with double points on offer, that means a race victory for Power would still oblige Pagenaud to finish fifth to beat him to the title. Were Power to get maximum points – winning the race, plus a point for pole, a point for leading a lap and two points for leading the most laps – Pagenaud would need to finish fourth to cling on to the points lead.

Power has won the Grand Prix of Sonoma three times, and taken pole there five times in the last six years. By contrast it has been a difficult track for Pagenaud so far. His best qualifying position was fourth in 2015, his best finish third in 2014.

Nonetheless, Pagenaud's 2016 season has been outstanding for his progress on all types of track, with Watkins Glen proving the only track where he has not shone.

Bretzman, who has been Pagenaud's race engineer since 2010 when the Frenchman was racing in the American Le Mans Series, told Motorsport.com: "Watkins Glen was not good for us. Simon wasn't comfortable with the tires in the fast corners and we were getting a lot of chatter. So to come away from there having increased our points lead quite well was a decent result.

"But our test [at Sonoma] was good. And we have slowly been getting faster there over the years. Last year was our first time qualifying in the Firestone Fast Six, and in 2014 we had that podium.

"Will has got to still be considered the benchmark around there, but we were pretty happy with the test; Simon was stringing it all together. And we know what we have to do.

"But Sonoma is tough because the wind changes and affects the handling of the cars so much – and Simon thinks about it too much sometimes! But like I say, the test went well because he just got in and got on with it.

"So we've got the place pretty well figured out now in terms of wind, we have a decent set of notes about what to expect, and we made a big chunk of mechanical changes in the test."

Bretzman said that, like Power, and the Sonoma winner for the past two years, Ganassi's Scott Dixon, the #22 Team Penske had spent some of the test experimenting with the two different front wing configurations – the one from Chevrolet's 2015 aero kit, and this year's updated version.

"We started out using last year's one," he said, "and we went back and forth a couple of times. But eventually I think we've settled on the newer one. It changes some of the characteristics of the car, particularly its stability under braking.

"We ran the old one for GP Indy, but the new one at all the street circuits and Mid-Ohio. It's all about what the driver likes for certain types of corner. And having Simon comfortable with the handling is key to allowing him to show his natural speed.

"I know we can win the championship," he concluded. "We have the ability. It's just getting everything right on the day - across all three days, actually. And then staying out of trouble and staying sharp."

Rossi, Chilton in search of traction at Sonoma

Dixon advises Power and Pagenaud to “go for it” at Sonoma