Simon Pagenaud says he felt he had the "full support" of Team Penske to pursue NTT IndyCar Series title glory in Sunday's Laguna Seca season finale, after losing out on the championship to teammate Josef Newgarden.

Indianapolis 500 winner Pagenaud ended up finishing runner-up to Newgarden in the final points standings after coming home fourth at the Monterey track, as the latter secured his second IndyCar crown with a cautious run to eighth place in a race won by Colton Herta.

But a victory for Pagenaud at Laguna would have instead resulted in him clinching the title, assuming Newgarden did not finish any higher up the order.

After vaulting from sixth to third at the first round of pitstops, Pagenaud looked well-placed to attack Scott Dixon for second, but the Chip Ganassi Racing driver was able to hold firm despite numerous attempts by Pagenaud to pass at the Andretti hairpin.

Dixon and Pagenaud were then shuffled back to third and fourth at the final stops as Will Power overcut the pair by leaving his last trip to pitlane late, slotting in behind Herta.

Pagenaud said in the closing stages that he knew he couldn't afford to cause a caution period and expose points leader Newgarden to dropping down the order.

Asked if he felt Penske's overall strategy had hampered his personal title hopes, Pagenaud replied: "Not at all. Actually it was the other way.

"I think I had full support from [team president] Tim Cindric, and Roger [Penske], even Josef himself, Will, and they had my full support, as well, on the other side.

"At the end, it was like, don't create a yellow. That could be a problem for Josef, so I had that in my head. They told me about it. I had it in my head, I'm like, I am not punting Dixon off, so I had to try and pass him clean.

"You know, on my side, TC [Cindric] told me the mission is to go forward and try to win the race. So I was pretty much free to do whatever I wanted.

"So I went toward the outside, and he gave me the room, so I went around, took as much room as I could to avoid getting him in trouble. From then on, my goal was to go forward and try to catch people, which we did. 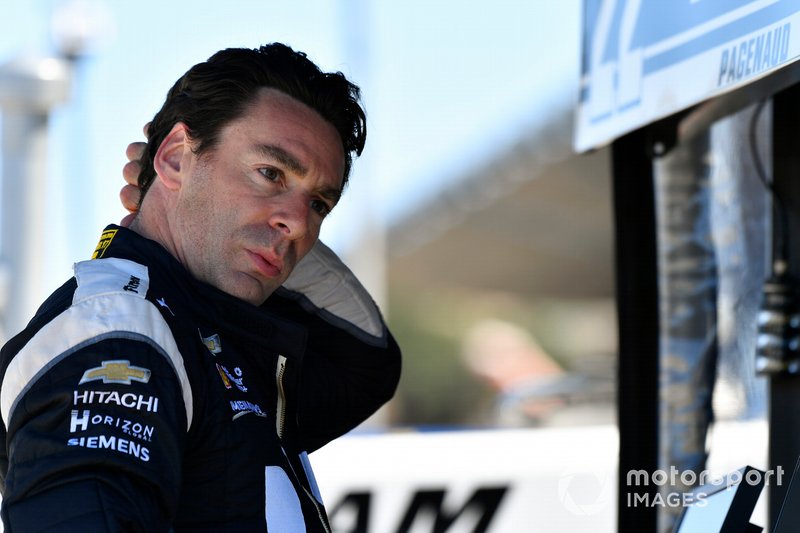 Earlier in the race, Pagenaud passed Alexander Rossi in a forceful move at Turn 4, shortly after the Andretti Autosport man exited the pits after the first round of stops.

The Frenchman admitted that he was prepared to make the pass "at any cost" and effectively ensure the title battle was down to himself and Penske teammate Newgarden.

"He came out of the pits, he was on cold tires, I was on warm tires, I went to the inside, he blocked. I was like, man, you're blocking, I'm going for it. And I think he knew that.

"I was in a position today that I had nothing to lose. I didn't really care if I was going to be third or fourth in the championship, to me it was either second or first.

"So my mission and the Team Penske mission was to be ahead of Rossi to lock it in for the team. I was going to do it at all costs."

"I think he had the most consistent season," said Pagenaud of Newgarden. "He was fast when he had to be. He took care of his own destiny, and he was definitely - he had the championship from the first race. I think he was the most deserving guy to win it this year.

"I love personally working with Will and Josef because we push each other and improve each other every session. Every race I feel like I'm a better driver than I was in Portland.

"Josef really deserves it. I think he was the best championship driver this year, and his crew did a great job, too, and Team Penske was the best team. Very happy for them for sure. We'll see what we can do next year, come back and try to beat them." 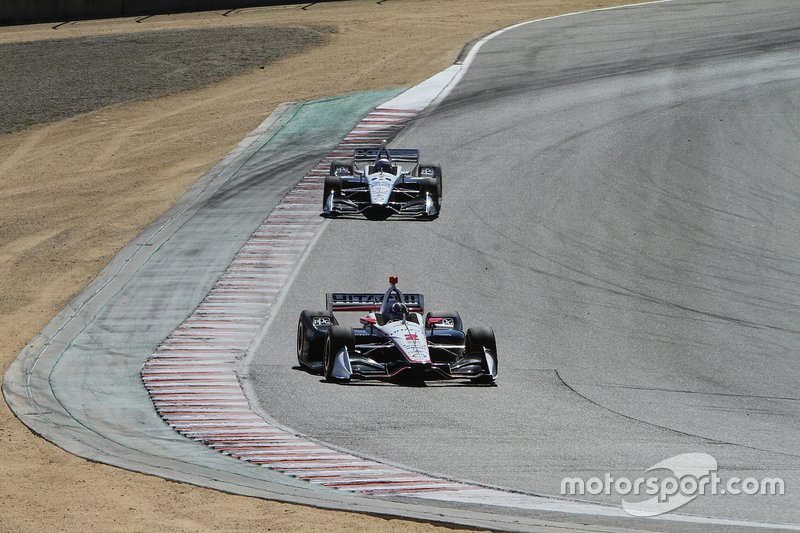 Last chance to have your say in INDYCAR Global Fan Survey