Garrett Mothersead, race engineer for Simon Pagenaud in his new home at Meyer Shank Racing-Honda, says he’s already impressed with the former champion after just one day of testing.

Pagenaud, 2016 IndyCar champion and 2019 Indy 500 winner, has joined his former teammate Helio Castroneves at MSR, after seven years at Team Penske. He has been paired with engineer Mothersead, who himself is new to the team, having moved across rom the squad with which MSR has a technical relationship, Andretti Autosport.

Mothersead’s highlight with Michael Andretti’s team was guiding Takuma Sato to victory in the Indianapolis 500 in 2017. Now he believes both Pagenaud and himself are appreciating moving to a smaller squad.

“It’s good, it’s a lot of fun,” he told Motorsport.com after their first test day together, on Monday at Sebring. “Simon is pretty much over the moon, loving it, coming back to a small team – kinda friends and family!

“He definitely appreciates the Honda side of the world, and the car’s not too bad either compared to where he was. It’s a nice refreshing change for him. It’s like the Jimmy Buffett song, “Changes in latitude, changes in attitude…” and I think for both of us it’s kinda like that. It’s a nice change.

“Mike Shank is a great guy and he’s surrounded himself with good people. Coming from a big team, the pool isn’t as deep but the talent is top level and the enthusiasm is infectious. It’s also nice having Helio around – he’d make anybody’s day bright!

“I think Simon feels it’s more like back to where he was with Schmidt Peterson [the team now evolved into Arrow McLaren SP, where Pagenaud drove 2012-’14]. He’s finding it more open, less corporate, and you can have more fun doing it, so it’s like a breath of fresh air for him.

“The beauty of the arrangement, the technical partnership with Andretti, is that we still get to work with those drivers and engineers and there are constant conversations going on between the two teams. We’re all trying to make the best cars we can.

“But we’re the ‘Skunk Works’ off to the side: all the benefits of being part of a big group without the drawbacks. We can go off to our own little lab and do what we need to do.” 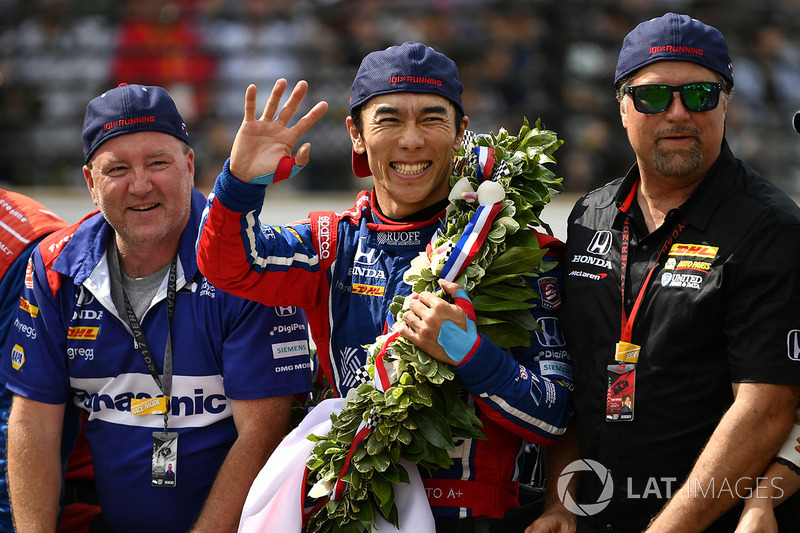 Given Pagenaud’s 10 years in IndyCar, one year in Champ Car and three full seasons in the American Le Mans Series – along with his meticulous, analytical nature – it’s no surprise to learn that Mothersead has been impressed with the 37-year-old Frenchman’s feedback.

“Oh yes, he’s excellent,” he said. “It reminds me of working with Michele Alboreto at Scandia in 1996. I was blown away by Michele – I was like, ‘How can you have so much time to think while you’re driving the car that fast?’ I remember explaining to him how the weight-jacker worked, discussing it with him actually during the race at Disney World in ’96 [the first ever Indy Racing League race].

“Well it’s the same kinda thing with Simon. He’ll come back in and say, ‘I don’t quite have this all down, but there’s this, this and this going on…’ I’ll be, ‘Whoah! How do you recall that?!’

“Nothing against various other drivers I’ve worked with, but some of them will be trying to describe the car’s handling in various braking zones, and honestly, you can tell they don’t know what was going on. They’re like, ‘I drove past Jesus, and I have no idea what happened after that… but I made the corner, so that’s good, right?!’ “Meanwhile, Simon can report a strange whistling noise while he’s braking. I mean, I wouldn’t have thought that would be something he could pay attention to, but yeah, apparently he had plenty time to think about it.”

Regarding the test itself, Mothersead was satisfied with the work done, even if bad weather curtailed the day before Pagenaud could take a shot at the unofficial lap record around Sebring short course, a 50.7sec set by new semi-teammate Alexander Rossi four years ago.

“For us the test was 101 reset – a ‘let’s get to know each other at the track’ sort of day,” said Mothersead. “In that respect it went absolutely perfect. We got rain at the end, which cut us short; I’d like to have gotten a couple more runs in and dropped the lap time down into the Alex kind of range, despite the track conditions not being perfect.

“But it was a good day. We spent a lot of time working on systems-type stuff, getting prepared for St. Pete. We didn’t even really try in terms of lap time but still what we did came pretty easily, pretty naturally. And Simon is still unfolding a lot of pieces in our car compared with where he has been. Everything from powertrain stuff to the basic chassis setup. It’s all very different for him.

“But still we left the track thinking, OK, we can make something out of this.”

Mothersead said he was confident there would be enough crossover in setup preferences between Pagenaud and Castroneves to push Meyer Shank Racing forward in the season ahead.

“Yeah, I think so,” he replied. “I’d put Simon’s style closer to where Alex and Colton [Herta] are in terms of preferences. He’s fairly aggressive with the car. So is Helio but in a different way. Simon is more aggressive on corner-entry, how he attacks the brake zone, and Helio is more aggressive at getting back to the throttle on exit.

“But they’re not far apart enough for it to be an issue. There may be a few small preference things that wouldn’t translate from one driver’s style to the other’s. But when you talk about the general package, what we have as a basic car setup at MSR, they’ll work together just fine.”