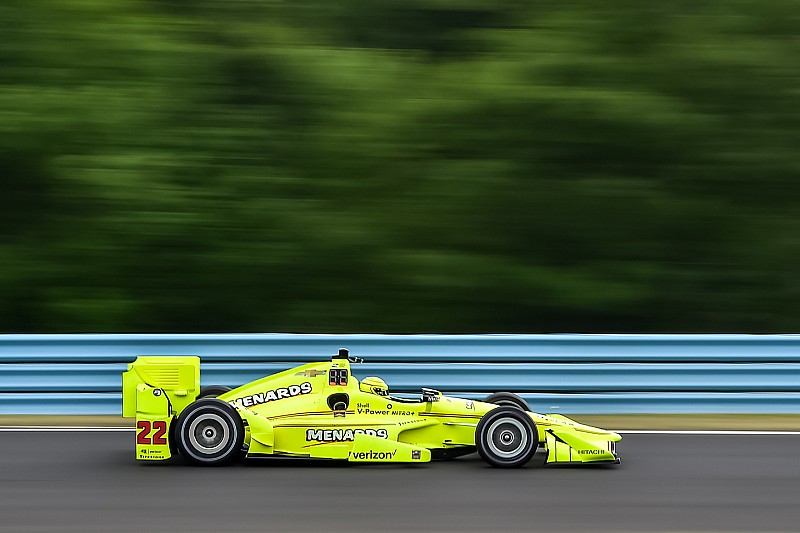 The #22 car clocked 139.644mph, chased by Andretti Autosport-Honda’s Carlos Munoz and Jack Hawksworth of AJ Foyt Racing-Honda, the pair of them within 0.2sec of the pacesetter.

Scott Dixon and Tony Kanaan put their Chip Ganassi Racing-Chevys in fourth and fifth, with Marco Andretti and Alexander Rossi sixth and seventh in the second and third fastest Andretti cars.

James Hinchcliffe was P8 for Schmidt Peterson Motorsport-Honda, while Graham Rahal was ninth. Despite missing the majority of the 75-minute session with an electrical problem, the Rahal Letterman Lanigan Racing-Honda driver was ninth fastest, followed by another impressive performer.

Josef Newgarden, despite a broken clavicle following his shunt at Texas Motor Speedway, gritted his teeth and set tenth fastest time in the Ed Carpenter Racing-Chevrolet, ahead of three Penske-Chevys, which were all over 1sec slower than their pacesetting teammate Pagenaud.