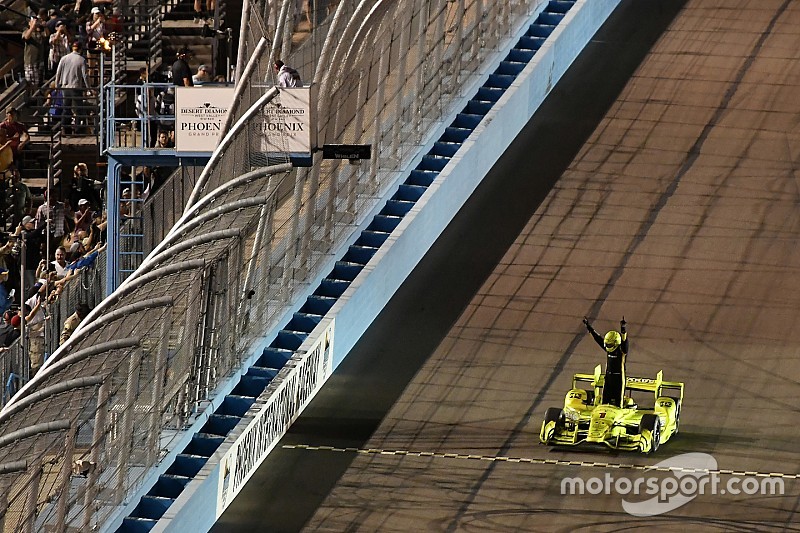 Simon Pagenaud says his first oval triumph has shot to the top of his list of 10 victories in IndyCar competition.

The reigning Verizon IndyCar Series champion went one lap longer than his nearest rivals to vault from third into the lead and put some of the strongest Honda cars between himself and Team Penske-Chevrolet teammate Will Power and then drove to an unruffled win which sent him to the top of the championship.

“Those were the longest 50 laps of my life!” he said afterward. “I have a button on the steering wheel to check the lap count, and every lap I was pressing the button.  It was the most stressful end of the race I’ve ever lived, but the car was just phenomenal.

“I’ve got to tell you, this is just incredible.  For me, this is my best win because it’s so strategic to win on an oval.  You have to really study what the others are doing, how your car is responding, adjust it during the race to be good at the end and today was just exactly a perfect day.  I couldn’t be any happier.”

“This win for me has been a long time coming,” he said. “I had to relearn everything.  Ovals for me were completely unknown.

“So, when you are 25-years-old and you have to relearn everything it’s not that easy, but I think now it’s coming.”