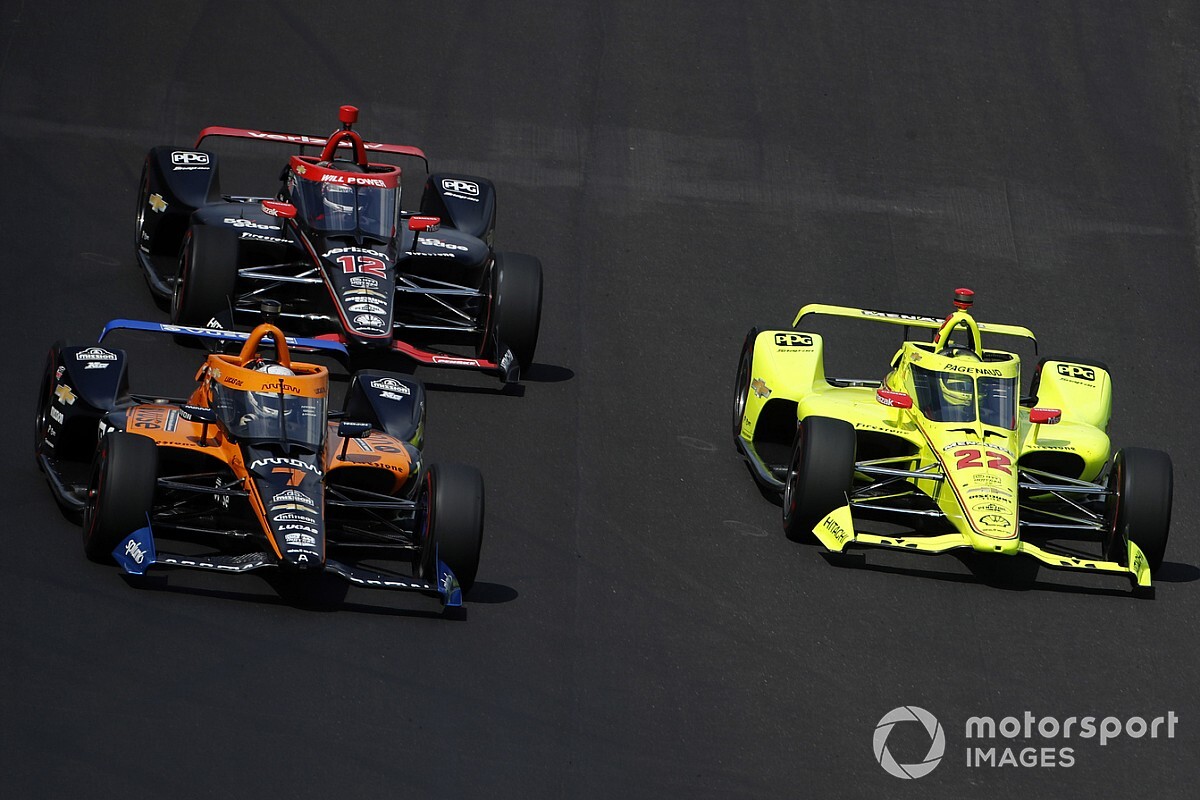 Last year’s Indianapolis 500 winner Simon Pagenaud rued his lowly qualifying position for Sunday’s race which mired his Team Penske entry in traffic and led to a clash with Ryan Hunter-Reay.

The 2016 IndyCar champion qualified on pole for last year's 500 and led a race-high 122 laps on his way to victory after a tense battle with Alexander Rossi. But he could only manage 25th on the grid in 2020, which left him reliant on off-sequence pit strategy to vault him up the order.

Pagenaud duly led between laps 31 and 44, after pitting early under the yellow caused by James Davison's right-front brake exploding on the back straight, but was unable to make decisive progress through the pack, despite feeling “like we had one of the best cars”.

“It was a real shame to start as far back as I did,” he said. “I really do think that Chevy brought an incredible race engine, it had so much power. So I think if we started further up, we would not have lost as much time in traffic.

“I feel like we had one of the best cars.”

His race was then compromised by contact with Hunter-Reay which required an additional stop for a new front wing and put him two laps down in 22nd at the finish. “The car was really, really good and it would have been good for the last shootout, but it wasn't our year,” he added.

Defending series champion Josef Newgarden was the best of the Penske contingent and best-placed Chevrolet in fifth, with teammates Helio Castroneves and Will Power managing 11th and 14th respectively.

Newgarden rose as high as third with 40 laps to go but didn't have the pace to challenge Scott Dixon and eventual winner Takuma Sato ahead, eventually falling behind Sato's teammate Graham Rahal and Santino Ferrucci in the closing laps.

“We actually came in with Sato on that last stop and maybe we should have went one lap longer,” said Newgarden. “But in the end, we were a little behind the eight ball on the final stint. We were working to unhandcuff ourselves.

“We just didn't have what we needed. We were in position, but couldn't capitalize to take advantage of it.”