Pagenaud 9th, Vautier 11th in qualifications at the "Tricky Triangle" 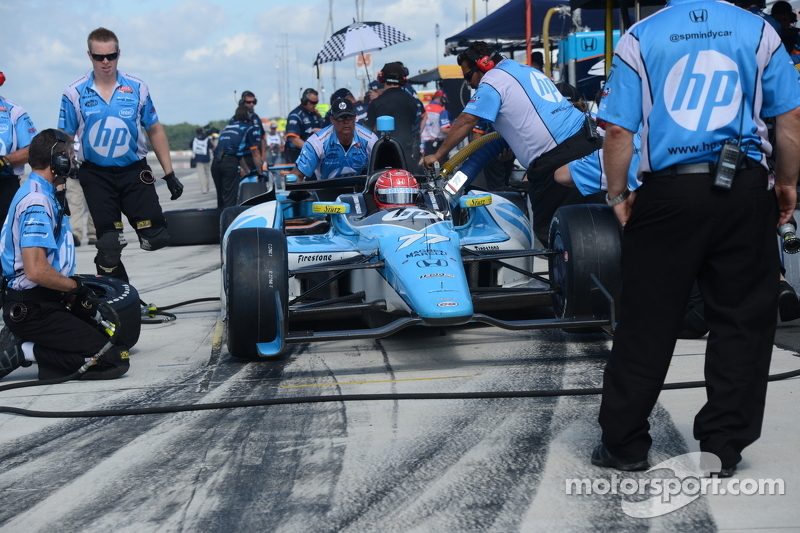 Long Pond, Penn. (July 6, 2013) - The "Tricky Triangle" at Pocono Raceway lived up to its name during qualifications for the Pocono INDYCAR 400, but Simon Pagenaud and Tristan Vautier met the challenge head on to qualify 9th and 11th, respectively.

"This is a difficult track because it feels like you're on a different track in each corner with how different each of them are from each other," Vautier said. "It's always hard to be the first qualifier because you're just a sitting duck to see how everyone else does, but we got a decent run in. Now we have to put our heads together and make sure we have a strong race tomorrow."

The No. 77 Dallara/Honda/Firestone car driven by Simon Pagenaud rolled off 18th in the qualification line at Pocono Raceway. Pagenaud ran a two-lap qualifying average speed of 218.859 mph in the afternoon heat. 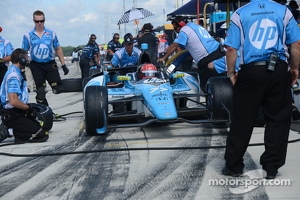 "We qualified close enough up to the front that we should be able to move up during the race and not fall too far behind, but we need to find a little more speed," Pagenaud said.

Indy cars have not raced at Pocono Raceway since 1989, and Pagenaud is anxious to see what race conditions will be like.

"Passing may be difficult here, but we'll know for sure tomorrow," he said. "There are 1½ grooves here at Pocono so you can try the outside of the middle groove and be aggressive, but we'll just have to see how much luck guys have doing that. My car has great balance though and I feel confident that we'll have a car that can climb through the pack tomorrow."

Marco Andretti of Andretti Autosport claimed the pole for the Pocono INDYCAR 400. His teammates Ryan Hunter-Reay and James Hinchcliffe will join him on the front row of the starting grid, which will be one of only three three-wide starts on the 2013 IZOD IndyCar Series schedule.