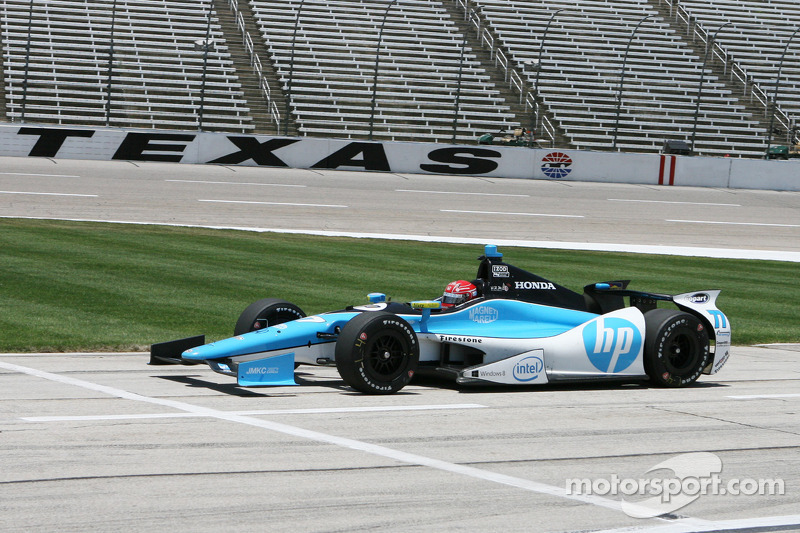 Fort Worth, TX - Simon Pagenaud and Tristan Vautier started the Firestone 550 from the tail of the field after both incurred starting grid penalties for unscheduled engine changes, but the Frenchmen battled through the race to finish 13th and 18th respectively.

Navigating his way through 228 laps that featured a blistering average speed of 177.257 mph, Pagenaud worked to improve his car and position on each racing stint. 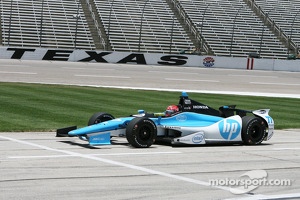 "It was difficult to master the cars around the track tonight because there was very little grip," Pagenaud said. "I think it made for a good race though."

The No. 77 Schmidt Hamilton HP Motorsports car improved ten positions throughout the course of the race, which was slowed by only three caution periods.

"We had to change our engine before the race so we started in the very back of the field, but we came back and finished 13th," Pagenaud said. "So honestly it was a good day points wise for us. I wish we could have done better, but overall I'll take it because it's a decent day for our championship."

IZOD IndyCar Series rookie Tristan Vautier started his first race at Texas Motor Speedway from 24th position. His progress was slowed by a fueling issue his crew encountered in pit lane early on in the race.

"We had an issue in the pits that put us behind in strategy," Vautier said. "Things just didn't really fall into place for us tonight, and we didn't have a winning pace."

The 23-year-old gained valuable experience in his first outing at the 1.5 mile oval, however.

"I learned a lot out here tonight and I'm glad I was able to keep running until the end," Vautier said. "The low downforce and soft tires made things very difficult out there. It was a good experience, but it's always disappointing when you finish 18th."

Helio Castroneves cruised to victory in the Firestone 550 with a lead of 4.6919 seconds. Ryan Hunter-Reay and Tony Kanaan followed him to the checkered flag in second and third.

Pagenaud and Vautier return to action at the Milwaukee IndyFest in West Allis, Wisc. on Saturday, June 15.

Why NASCAR over IndyCar in Texas?