Pato O’Ward, Rinus VeeKay and Colton Herta had varied days at Indianapolis Motor Speedway on Day 3 of practice but all concluded it’s tough to pass because the IndyCars feel so “sketchy” in dirty air.

All three of the ‘young guns’ have won this year – in the cases of O’Ward and VeeKay, for the first time – but all related assorted issues ahead of Fast Friday, when the BorgWarner turbos are tweaked up to 1.5-bar boost (from 1.3) as they will be for qualifying weekend. In addition the teams trim out their cars to attempt four-lap qualifying simulations, but to get an accurate reading, it requires not picking up a tow from cars in front.

“We didn't have a bad day,” said Arrow McLaren SP-Chevrolet’s O’Ward, who last year won Rookie of the Year honors at Indy with a sixth place finish. “I'm pretty happy with my racecar, which is always a good thing.

“For the qualifying car, not so happy yet. I think tomorrow is going to be a good tell to see where we stand. The extra boost always throws in an adventurous twist around this place… It's going to be interesting tomorrow to see who is quick by himself. It should give us an idea of what qualifying is going to look like.”

He later added: “I have realized that a good racecar does not translate into a good qualifying car, at least in my case. We just need to continue working on that, making it better, because things just get more sketchy the faster you go, and tomorrow we're going to go quite a bit quicker.”

“It was a pretty good day for me,” said VeeKay, who not only finished the day in sixth with the aid of a tow, but also saw one teammate, Conor Daly finish second, while his other teammate – and team owner – Ed Carpenter finished in the top six on no-tow speeds. “We started the day off with quali trim [and] the car felt really good… as good with very low downforce as in race trim. Yeah, very, very good in that point.

“Then in race trim, we learned a lot today, tried some things that were really not so good. But I think if we put the whole car together, which we did a few times, we have a very competitive car.

“It's just very hard to follow, to pass. When it gets hot, gets greasy, I think we have one of the strongest cars out there. That makes the job a lot of fun.”

Herta, of Andretti Autosport-Honda said: “I think we got there in the end with the racecar. Qualifying pace seemed to be lacking a little bit. Need to find a little bit for that. But at the end of the day, when we were running with all the team cars, I definitely felt like I could do some stuff, which is exciting.”

Despite being happy with his car in race trim, O’Ward commented: “Man, it's sketchy in traffic. Whenever you're behind two cars, three cars, it's OK: you feel the actual balance of the car. As soon as you're like 12th in line, you just want your car to be the least trash of everyone’s. No car is going to feel good.”

VeeKay concurred, saying, “The first four can kind of battle around, kind of swap positions. But then when you're like ninth or 10th, it just feels like you have wooden tires.”

O’Ward expounded on his theme, stating that IndyCar’s efforts to improve enhance passing opportunities – altering the aerodynamics with a turning vane option on the front of the underwing, and mandating the filling in of the floor holes in front of the sidepods – had been positive, but only to a certain extent.

“I think the improvements made in the off-season with the barge boards have been a positive. I think if you're within the first four, five in line, you can probably do something if you get a good enough run. If you're back in, like, eighth, ninth or 10th, you might have to wait till somebody checks up in front of you and you get a run there. If no one is making mistakes, yeah, I feel like you're pretty much stuck.

“I feel the same,” said Herta. “I mean, if you have a really good car, you could probably pass from fourth onward. But I feel like any point past that, like they said, the car gets a little numb and you’re not sure what end is moving. You really just have to wait for somebody to have one of those blowout understeer moments or a little bit of an oversteer moment where they slide up the track, you can get a run on them.

“The racing up front should be good if guys choose to do that, unless they want to save fuel. But if they do want to pass, they definitely can at the front.” 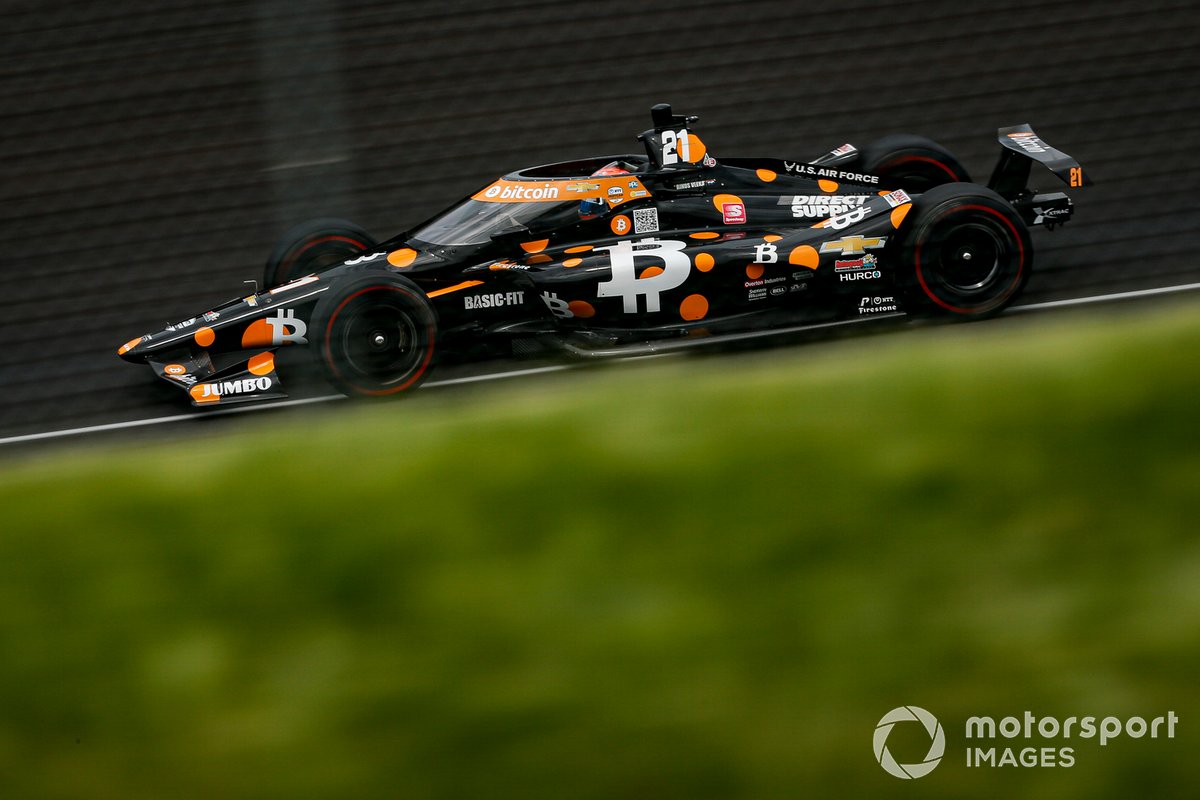