Pato O’Ward says that falling 25 points behind Alex Palou in the championship hunt means he’s just going for the win in Laguna Seca.

The Arrow McLaren SP-Chevrolet driver went into the previous round, at Portland last week, with a 10 point lead. However, a 14th place finish on a day when Chip Ganassi Racing-Honda’s Alex Palou clinched his third victory of the year means the Mexican has fallen 25 points behind the Spaniard with two rounds to go.

Asked by Motorsport.com if this has affected his approach to this weekend’s race at WeatherTech Raceway Laguna Seca, O’Ward replied: “I think we’re in a position where we’ve just gotta send it, man! For me, it’s no different if we’re second or third in the championship. I wanna win.

“I know we can do it – but I also know we need to execute in every session. It’s going to be tough. Every little extra point that you’ve gotten this year is going to make a difference.

“I need to outscore the guy. That’s what I have to do. If he outscores us this week, he’s pretty much going to lock it for Long Beach [this year’s season finale, next week]. He’ll just need to finish, right?”

This year, the Arrow McLaren SP team has to some extent traded tire longevity for ‘instant’ speed and grip, with a fundamental setup philosophy that works well for qualifying and on restarts, but uses the Firestone rubber harder than most of the rival teams.

With Laguna Seca being notoriously hard on tires, O’Ward, a two-time race-winner this year, is wary of the challenge he’ll face in Sunday’s 95-lap Firestone Grand Prix of Monterey. Asked if he and the team had found a setup compromise that is a little easier on rubber, O’Ward replied, “No – I wish we had!

“So I think that’s going to be one of the biggest battles in the race for us – having a car to help me take care of the tires. I can’t do everything. We’re just gonna have to try and find the best balance we can.

“I think we’re going to have a good qualifying car. We had a good test here a few months ago and I was very happy with it. So I hope the balance hasn’t shifted too much and then we’ll have a shot at pole. And then we just have to look after the tires in the race. It’s going to be a tire-destroyer for sure!” 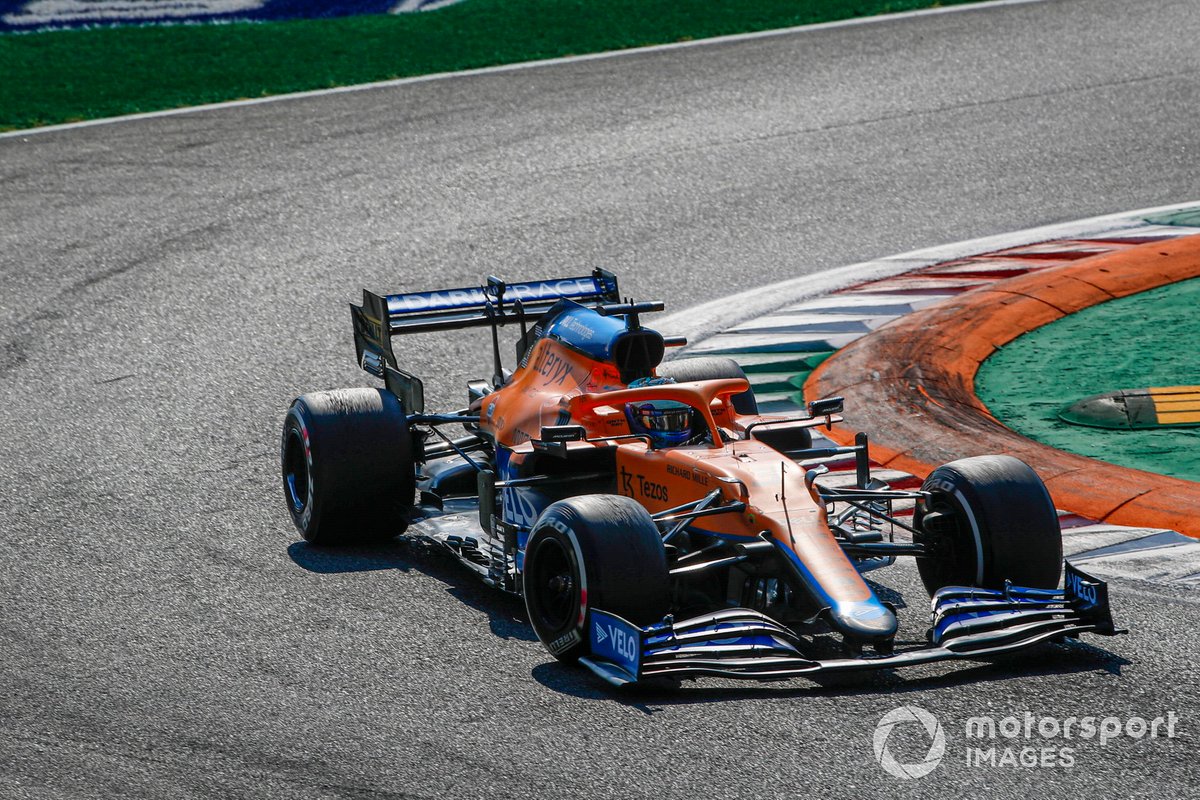 O’Ward said he was excited that the McLaren-Mercedes MCL35 he will test in mid-December has proven to be a Formula 1 winner, thanks to Daniel Ricciardo and Lando Norris’ 1-2 at Monza last weekend.

“Those cars do so much. It’s very different to IndyCars, where we have to manhandle it to extract the time. The F1 car seems like it’s butter! So much grip, so much downforce.

O’Ward confirmed that he will be getting time in McLaren’s F1 simulator beforehand.

“Mid-October I go to get my seat fitted and get on the sim, and a little before Abu Dhabi again, and then I go with them to the race and I get to drive the car. It’s exciting, man.”