Norris: McLaren right to take Indy 500 failure "on the chin" 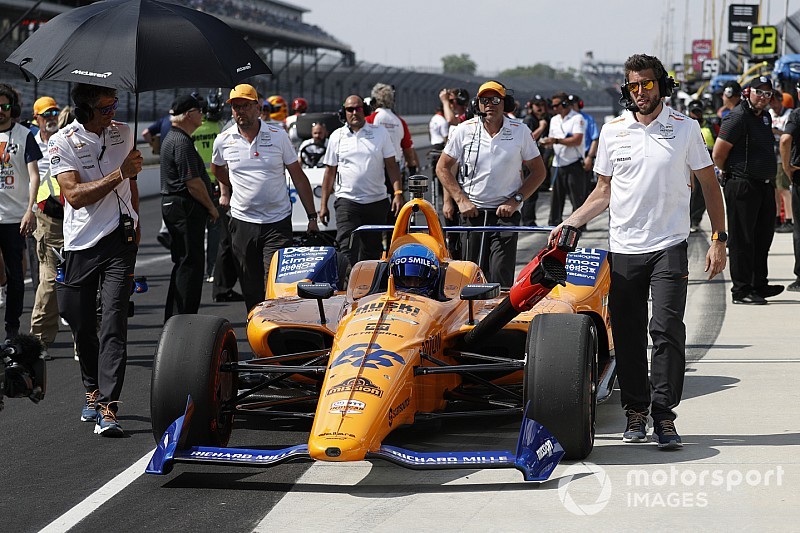 McLaren did the right thing in taking Fernando Alonso’s shock failure to qualify for the Indy 500 "on the chin", reckons its Formula 1 driver Lando Norris.

Alonso and McLaren had entered this year’s Indianapolis 500 hoping to be able to challenge for victory and take a win that would secure the two-time world champion motor racing’s famed Triple Crown.

But the assault all went wrong when a spate of problems in testing, practice and qualifying resulted in the Spaniard being bumped off the starting grid.

While McLaren was deeply disappointed at what happened, Norris takes heart from the fact that the outfit is not in denial about the errors that contributed to its exit.

“I think the only good thing is, after seeing that, that they admitted what they did wrong, and what they did well – which was not so many things - but yeah, they took it on the chin and they just admitted they didn't do a good enough job,” explained the young Briton.

Norris said he felt "sad" at the way things turned out for Alonso, as he admitted some surprise about what happened.

“If you just look at Fernando, when he made it in two years ago quite easily... it's still just not an easy thing to get into,” he said.

“A lot of it was down to the team and how they performed and, at the end of the day, Zak [Brown, CEO] admitted it, Fernando admitted it, they just didn't go a good enough job. So I guess, surprised because of the expectation of Fernando and McLaren, but at the same time, it just showed it wasn't easy to go and do.”

Norris’ teammate Carlos Sainz said that the events at Indy were a ‘setback’ for the whole McLaren operation, but he reckoned that key lessons would be learned that would prevent a repeat in the future

“From what I heard inside the team, they were managing the expectations quite a lot,” said the Spaniard.

“They were not thinking about winning straight away, they were thinking about qualifying and trying to fish a win. But from the outside it is obviously not good to not see McLaren and Fernando qualifying for the 500.

“It is disappointing I guess for the whole team, F1 and the Indy 500 project, both of us. But it is a setback. In motorsport there are setbacks, there are moments that don’t go to plan, but I am sure they will learn from it and they will know what to do better next time if they do, and that is it.

“In motor sport remember there are actually quite a lot of those days where you fall over and realise what you’ve done wrong, and what you will change.”

Asked if he had talked to Alonso since the qualifying debacle, Sainz said: “No. I haven’t spoken to him yet. I haven’t been too involved in the things. It is quite far away so it is not like you follow the same hour timetable. I know where he is right now actually, but I guess he was disappointed.

“I will give him a couple of days maybe and I’ll get in touch with him.”

What next for Alonso and McLaren in IndyCar?