“No worries” for Jones as he returns to IndyCar

Ed Jones, who will race the Dale Coyne Racing with Vasser Sullivan-Honda in this year’s IndyCar championship, says he’s confident he can quickly get up to speed, including on ovals.

Although Jones enjoyed some of his best performances in oval races in his first two seasons of IndyCar racing, spent with Coyne and Chip Ganassi Racing respectively, his most recent season in 2019 saw him as Ed Carpenter Racing’s road/street course ‘ringer’, with Indy as the only oval on his schedule.

However, Coyne said he’s convinced that Jones can show the same oval pace demonstrated by the driver he’s replacing on the team Santino Ferrucci, who has this year moved to the NASCAR Xfinity Series.

“We have worked very hard on our 500 cars every year. We've arguably been the fastest Honda the last four years, given a couple situations here or there. I think we've got a good car for Indy.

“Ed showed he can qualify well with Carpenter there [fourth on the grid in 2019] and race well. Very much looking forward to Indianapolis.”

Jones himself said he had no qualms about either oval racing or learning to deal with the aeroscreen.

“I feel like I've always been strong on ovals, short ovals especially,” he commented. “To be honest, if I could race IndyCar ovals every weekend, that would be my dream thing! It's something which I love to do.

“Although the windscreen is different, it's just one of the things you've got to get used to. I changed from old [manufacturer] aerokits to the new aero kit. It's not a problem. Just something you have to adapt to and it won't be an issue.”

Regarding the dearth of testing for experienced drivers, he added: “I should be fine. Although I didn't drive last year, I still feel sharp. People came out from longer breaks in the past and get back on it. Yeah, I have no worries about that.

“The most important thing is we work well together as a team. I'm confident we can do that. As long as we have that sorted, two days, three days, it will be enough.”

“IndyCar moved the window a little later so we're able to do those three days now with the drivers that drive for us. We'll get our second driver done, then we'll get out testing three days February and get our testing done in a hurry.”

Jimmy Vasser, who co-owns the #18 with Coyne and James ‘Sulli’ Sullivan, said that SealMaster – now entering its fourth season as primary sponsor – is satisfied with the team’s performance and the value offered by the partnership.

“First of all, they're a great partner, a very successful program for them,” said Vasser, the 1996 Indy car champion, who along with Sullivan also runs the Lexus team in the IMSA WeatherTech SportsCar Championship. “It's based around the franchisees. They get a tremendous amount of value from our media partners in Spectrum. They also activate.

“They understood that last year was the pandemic and they weren't able to do as much, but they're looking forward to things lightening up a bit this year and resuming what they did in prior years.

“I think Dale will remember and a lot of people would, there were 110 franchisees that came to St. Pete when we won that first race [in 2018 with Sebastien Bourdais]. When you can give that kind of an experience for them, it's in their blood. You could probably ask anyone – when you bring somebody to an IndyCar race, and you can smell it and feel it and hear it, you get hooked.

“They are a great partner, and they're very, very happy with how things are going. Their leadership ironically, too, is a bit of an Ed Jones fan. We were really happy about that. Double thumbs up when we let them know who our new driver was going to be.

“We're really, really looking forward to getting this thing rolling and getting back to business, as usual.” 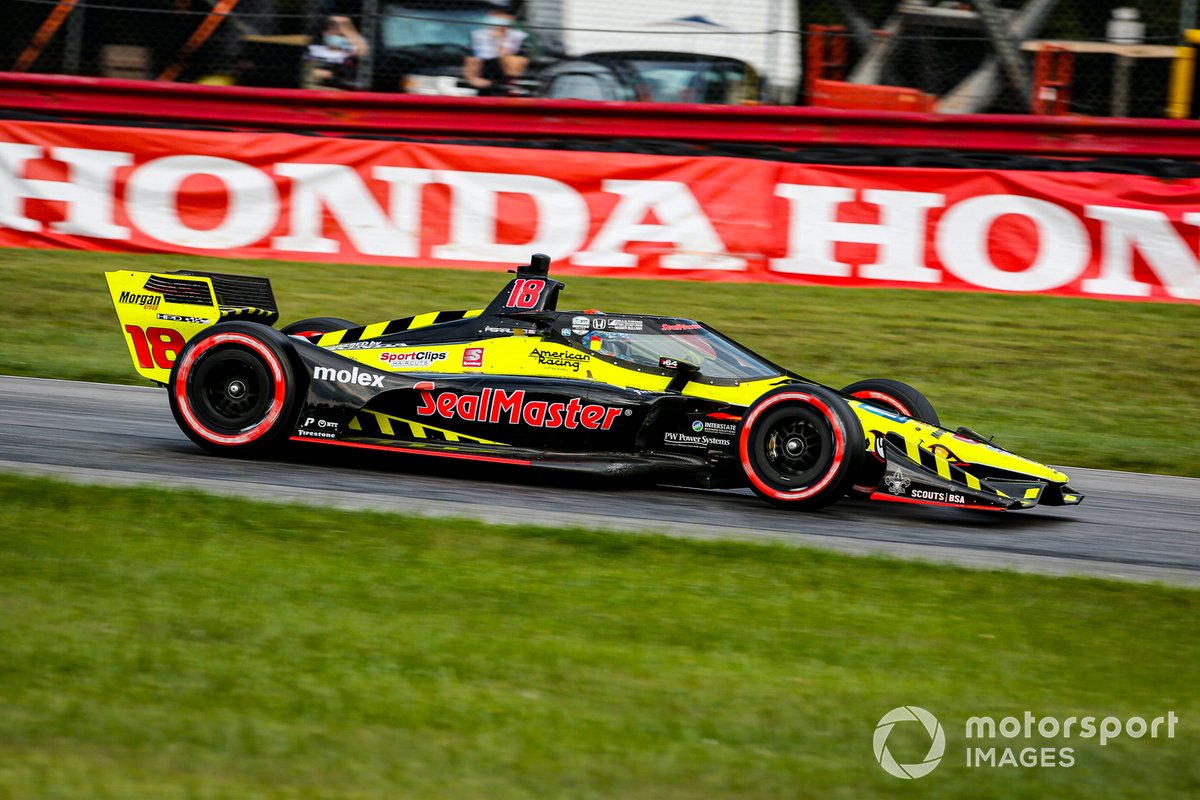