No mass exodus from Honda after Ganassi switch 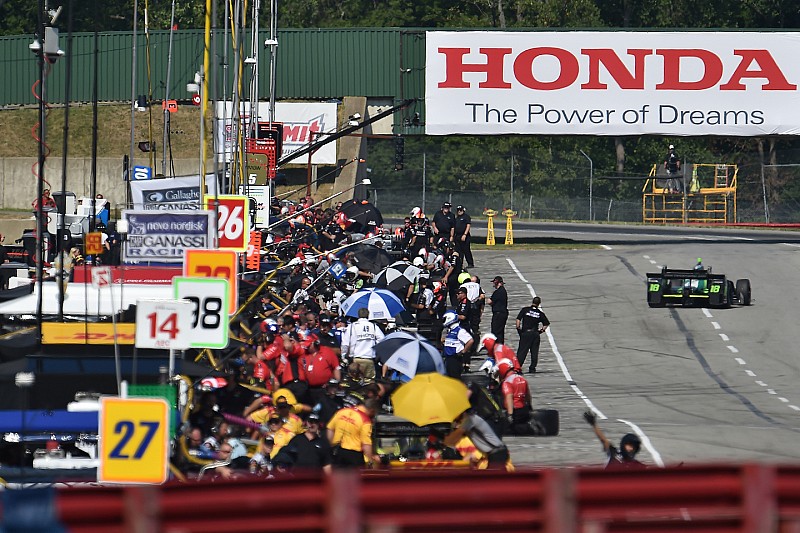 Motorsport.com has learned that only one IndyCar team is contemplating a switch from Honda to Chevrolet following Chip Ganassi Racing’s switch back to HPD units after just three years wearing a Bowtie.

In 2016, Honda and Chevrolet powered 11 cars each, but although Ganassi’s switch adds a definite three and probably four cars to the books of Honda Performance Development, only the AJ Foyt Racing team appears to be in a dilemma.

Text exchanges with all the team owners who ran Hondas this past season, asking the question “Are you definitely staying with Honda?” yielded the following answers:

Michael Andretti: “Yes, we have one more year left on the contract.”
Sam Schmidt: “That’s the plan.”
Bobby Rahal: “Yes, we are a Honda team.”
Larry Foyt: “Not certain.”
A verbal conversation with Dale Coyne regarding Sebastien Bourdais’ imminent arrival also led on to discussion regarding Honda, and Coyne confirmed that his team would continue with HPD.

The one caveat, however, is that there has been a sticking point with SPM, because Schmidt has wanted to sign only a one-year deal, in order to keep his options open at the end of 2017. Honda has wanted Schmidt to commit to at least two.

If the Foyt team does sign with Chevrolet, it is likely to add to the team’s appeal in the final year of manufacturer-supplied aerokits. It is the HPD aerokit’s drag/downforce coefficient, rather than any deficiency in engine performance, that is regarded as a primary reason why Chevrolet beat Honda 14-2 in race victories in 2016.

The Foyt team is known to want Penske exile Juan Pablo Montoya, and has also been in talks with Carlos Munoz, whose future at Andretti Autosport is uncertain.

Newgarden: First test with Penske was “a blast”