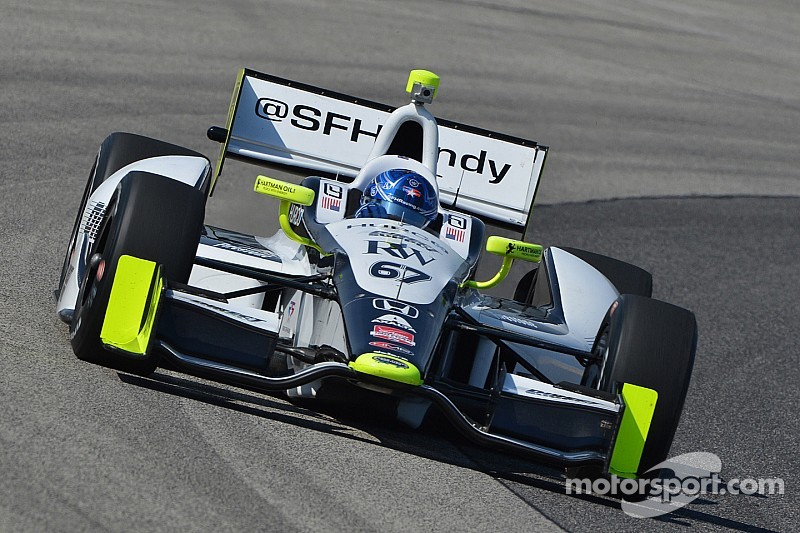 The Nashville-native driver is looking to capitalize on the remaining 150 possible points on the table.

INDIANAPOLIS (Aug. 21, 2014) - Josef Newgarden is fresh off a fifth place drive at the Milwaukee Mile and is focused on finishing up front again in Sunday's GoPro Grand Prix of Sonoma, as Sarah Fisher Hartman Racing (SFHR) heads to the West Coast for its final string of two Verizon IndyCar Series races.

The 2.385-mile, 12-turn natural-terrain Sonoma Raceway is the first of two stops on SFHR's California stretch, a permanent road course that provides a different set of challenges, according to Newgarden.

We've had ups and downs throughout the year, but two solid weekends to end the year could do wonders for us.

"Sonoma is the biggest challenge we go to from a road course standpoint," Newgarden said. "It's one of the most difficult places to figure out the car. It has very low grip for a road course, but at the same time it has very high corner speed. That makes finding grip difficult because you have two things that don't really go together."

"Our test at Sonoma was really helpful," Newgarden said. "We made good gains with what we are doing in the car and we made big gains from 2012 to 2013. I'm hoping we can make the same step this year from last year. We should hopefully be running toward the front this year."

Newgarden, 23, sits 16th in Verizon IndyCar Series championship points. The Nashville-native driver is looking to capitalize on the remaining 150 possible points on the table.

"We just need to have two clean weekends," Newgarden said. "We've had ups and downs throughout the year, but two solid weekends to end the year could do wonders for us. We have the ability to secure it, so we just need to put our heads down."