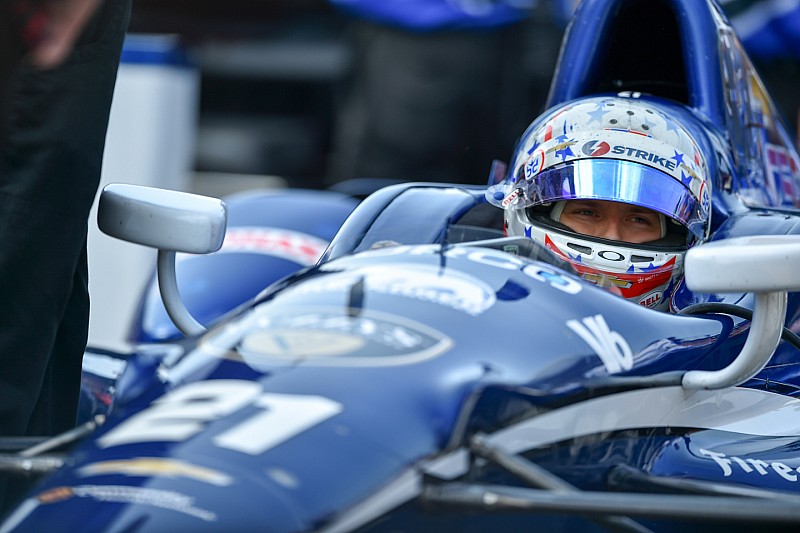 With the starting lineup now set, teams are entirely focused on race and it showed during practice on Monday.

IndyCar teams were given three and a half hours of track time, which was mostly utilized for pack drafting. There were no incidents, but there were plenty of hold-your-breath moments. At one moment, they even got four-wide down the front stretch.

When the checkered flag waved, it was second-place starter Josef Newgarden on top of the charts with a fast lap of 227.414mph. The Ed Carpenter Racing driver led a quartet of Chevrolets at the top of the pylon with Tony Kanaan, Scott Dixon, Sage Karam directly behind. Dale Coyne Racing's Pippa Mann was the quickest Honda driver in fifth.

With about 50 minutes left in the session, we saw a Honda in trouble. Jack Hawksworth quickly pulled his A.J. Foyt Enterprises machine to the side of the track with black smoke pouring from the car. A small fire can be seen from the back of the machine as he stopped in the grass. "Catastrophic failure in the engine," said Hawksworth.

Max Chilton, in his backup car, and Carlos Munoz ran the most laps at 117 each. 2,886 laps total were logged.

Drivers will not get any more practice time until Carb Day this upcoming Friday.