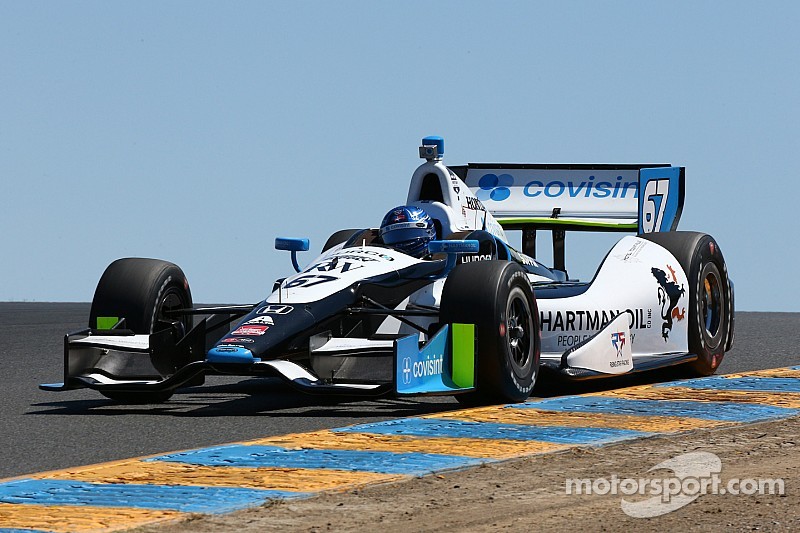 Recent results have reflected the skill and diligence of Newgarden and SFHR, adding more focus to the goal of a strong finish at the MAVTV American Real 500.

We are definitely looking for a big result this weekend.

"I think we've been a top-10 runner this year," said Newgarden, who sits 13th in Verizon IndyCar championship point standings. "Points-wise we're not in that, but if you look at our performance for the year, that's where we should be. You can go through the whole year, list everything and what happened where or what could have been different, but for us the points game is over now.

"That being said, we are just looking to have a successful race. And by that, you either win or try and score a podium. We are definitely looking for a big result this weekend."

Double points are offered in the race Saturday night, giving Newgarden 100 possible points to accrue in his No. 67 Hartman Oil Honda.

SFHR participated in a full-field open test Wednesday, Aug. 27, when Newgarden turned the 13th-fastest lap (218.175 mph). His race in 2013 at Auto Club Speedway was cut short after crashing on Lap 111 of 250, adding even more value to testing Wednesday.

"Fontana is a very dusty racetrack," Newgarden said. "It's demanding from a couple of different aspects. The surface is difficult here, and not only from all of the sand and debris that swirls around at this place.

"There are a lot of lanes and trying to cross over the lanes with the seams in the track the way they are makes it really difficult. [The seams] can manipulate the car's handling when you're going in between the lanes and it makes you want to understeer or oversteer sometimes. It's difficult to get the balance of the car right when you're driving over (the seams)."

INDYCAR confirms Grand Prix of Houston not returning in 2015