Ward worked for Red Bull Racing in Formula 1 before joining Penske in 2018, shadowing Newgarden’s then-race engineer Brian Campe, taking over from him in 2019 and engineering Newgarden to a second IndyCar Series title.

However, despite this being the fifth season in which Newgarden has raced at Indy for Team Penske, he has yet to improve on or replicate his best 500 result with Ed Carpenter Racing, qualifying second and finishing third in 2016.

Asked if this year is Newgarden’s best chance yet of going to Victory Circle, Ward told Motorsport.com: “Josef’s been pretty happy in practice so far. He’s a perfectionist and he’s trying to make everything better – he’s never fully satisfied – but he’s in a pretty good place.

“I don’t see why this wouldn’t be his best chance to win. I do feel he gets stronger every year, and last year Josef’s contribution relative to our team was very competitive. It was just a case of us collectively not really being in the mix for a win.

“This year, I don’t see any reason why we can’t be in contention. Yeah, this probably is our best chance yet.”

Last year, Newgarden qualified 13th and on raceday finished fifth, in what was a poor year for a team that has won Indy 18 times.

“Engineering-wise we could have done a better job [last year], because there were other Chevys who did a better job than us. So we’ve had to refocus our efforts, and hopefully we can get it done. Obviously we have a pretty good record here…

“We did alright as top Chevy car last year, but we certainly weren’t satisfied with our competitiveness, so there’s been a huge emphasis on improving ourselves. And we’ve seen that bear fruit a bit. And we’ve worked hard with Chevy to improve our collaboration.

“Engine-wise, it’s super close, super competitive, we think Chevy’s done a really good job this year and we’re really happy. But we won’t truly know until Pole Day. “I think the car’s been a little better in traffic this year, but it’s still going to be crucial to get into the front pack, so qualifying’s still going to be very important.”

It’s well known that changing track conditions at Indy can turn a good car to bad, so it’s a regular dilemma for race engineers as to whether they should assume the 500 will be hot and slick and therefore optimize the car for those conditions, or have a potentially slightly slower car but one with handling that is more readily evolvable in-cockpit and on-pitlane come race day.

“You’re always keeping an eye on the forecast,” said Ward, “but you’re also thinking, ‘What are we going to need if the day’s more difficult than the day we’re running on?' You don’t want to kid yourself and go down a path with a certain configuration that you can’t balance if you suddenly need to run more downforce, for example, on a more difficult day. Ideally, you’re running the car in a window where it’s benign regardless of conditions and you can go either way.”

Ward described the Speedway package, as “the biggest change since we switched to the UAK18 at the end of 2017. New underwing infill parts, the front of the floor, the addition of the bargeboard and strakes… that’s definitely given us a lot to look at to try and optimize.” 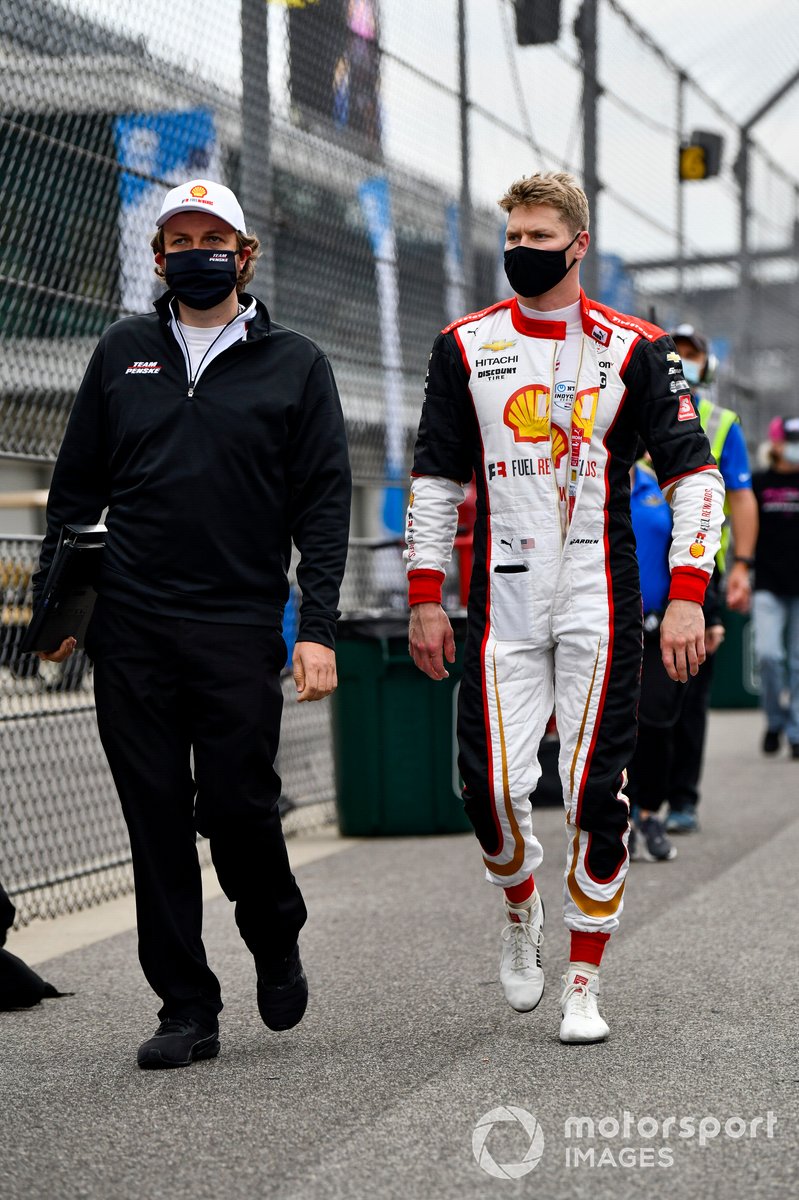