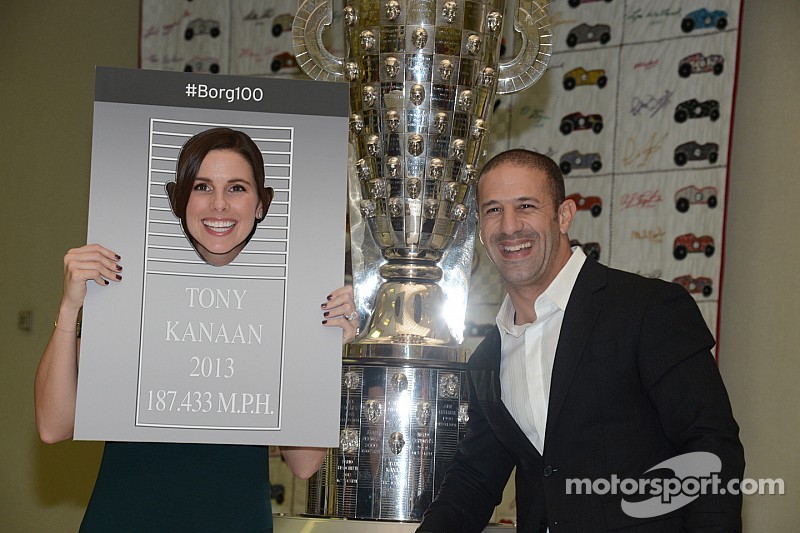 A member of the Verizon IndyCar Series community is the co-host of "Garage Squad," a new car-oriented series that debuts tonight at 9 p.m. (ET/PT) on Velocity.

Lauren Bohlander, wife of 2013 Indianapolis 500 winner Tony Kanaan and the Verizon IndyCar Series' at track video host, is a co-host of the show along with racing personality Bruno Massel.

"After years of working with the Verizon IndyCar Series and spending downtime working on project cars together with Tony, the opportunity to work on a project like 'Garage Squad' was an obvious fit," Bohlander said. "Getting to combine my own love of cars with the opportunity to help others turn their dream car projects into a reality is so fulfilling."

The show focuses on dream car restoration projects, featuring automobiles that collect dust in garages because their owners lack the necessary time, money or mechanical knowledge to jump start their cars back to life.

"What's really great about 'Garage Squad' is that it's all about resurrecting cars that people love and they learn a little bit in the process," Bohlander said. "We're taking ordinary folks with car projects at home and helping turn them back into their dream cars."

In the series premiere, "Garage Squad" tackles two iconic 1960s Fords that have been in the garage of the Flood family for decades. Flood family patriarch, Chris, was born in Ireland before coming to the United States in the 1960s, and was drafted to serve in the Vietnam War. To Flood, his 1963 Ford Galaxie is a symbol of America that he loves, though it needs a bumper-to-bumper overhaul.

Meanwhile, Flood's son, Greg, has also struggled with completing the restoration of a 1966 Ford Mustang since the day smoke billowed from the steering wheel, which came off in his hands as he drove it. With two iconic cars disassembled and on blocks, the "Garage Squad" goes to work.

"I've been on the set with Lauren quite a bit over the past few months and have actually been lucky enough to get a sneak preview of the show," Kanaan said. "'Garage Squad' is interesting because it gets cool cars back on the road while, at the same time, fulfilling the dreams of their owners who maybe didn't have the means to finish the project. I'm looking forward to Velocity being able to share those experiences with everyone."