Clauson, a USAC superstar with nine championships and 112 wins – fifth all-time – died on Aug. 7, 2016, when he was only 27 years old, after an accident in the Midget Nationals in Belleville, Kansas. Being an organ donor, he saved five lives, and due to tissue donation, also helped several other patients in need.

The Noblesville, IN native also took part in eight Indy Lights races – taking pole for his first ever race, around Indianapolis Motor Speedway – and started three Indianapolis 500s between 2012 and 2016.

Matt Crews, CEO of the Big Machine Music City GP, said: “Bryan Clauson was the definition of a racer. He was an extremely talented driver and just an incredible person” said Matt Crews, CEO, Big Machine Music City Grand Prix. “Losing him was very painful to the entire racing community, but his legacy lives on and there’s no truer statement than that.

“Bryan was an organ donor. He ended up saving five lives and helped heal about 75 people through tissue donation. His heart literally lives on.

“By presenting the NTT P1 Award winner with the Bryan Clauson Pole Trophy, we at the Big Machine Music City Grand Prix want to recognize Bryan’s generosity and encourage others to #BeTheGift.”

The Bryan Clauson Pole Trophy will be presented to the NTT P1 Award winner on Saturday, Aug. 7 following qualifying for the first IndyCar race around the 2.17-mile course in Nashville. The date will mark the fifth anniversary of Clauson’s death, and the award will be presented by Taylor McLean, Bryan’s sister, along with their father and mother, Tim and Diana Clauson.

“Bryan was a very giving person,” said McLean who is the marketing program specialist at Indiana Donor Network where she oversees the Driven2SaveLives program. We are so proud of his accomplishments on the track, but we are prouder of the person he was off of it. He helped so many people and never hesitated to take the time to interact with his fans.

“When Bryan died, he gave the best gift of all – the gift of life – through his decision to sign up as an organ donor. Organ donation not only saved the lives of the people who received his organs, but Bryan’s donation started a movement in the racing community. We are so proud of our Bryan, and it is extremely humbling to continue Bryan’s legacy in this sport in partnership with the Music City Grand Prix and Tennessee Donor Services.”

Tennessee Donor Services, the nonprofit, federally designated transplant donor network, serves nearly 5.5 million people in Tennessee, Virginia, Georgia and Kentucky. The organization will be onsite at the Nashville race throughout the Aug. 6-8 event.

Each IndyCar entered in the Big Machine Music City Grand Prix IndyCar race will be provided #BCstrong decals to run during the event weekend. #BCstrong has been the motorsports industry’s collective remembrance of Clauson. 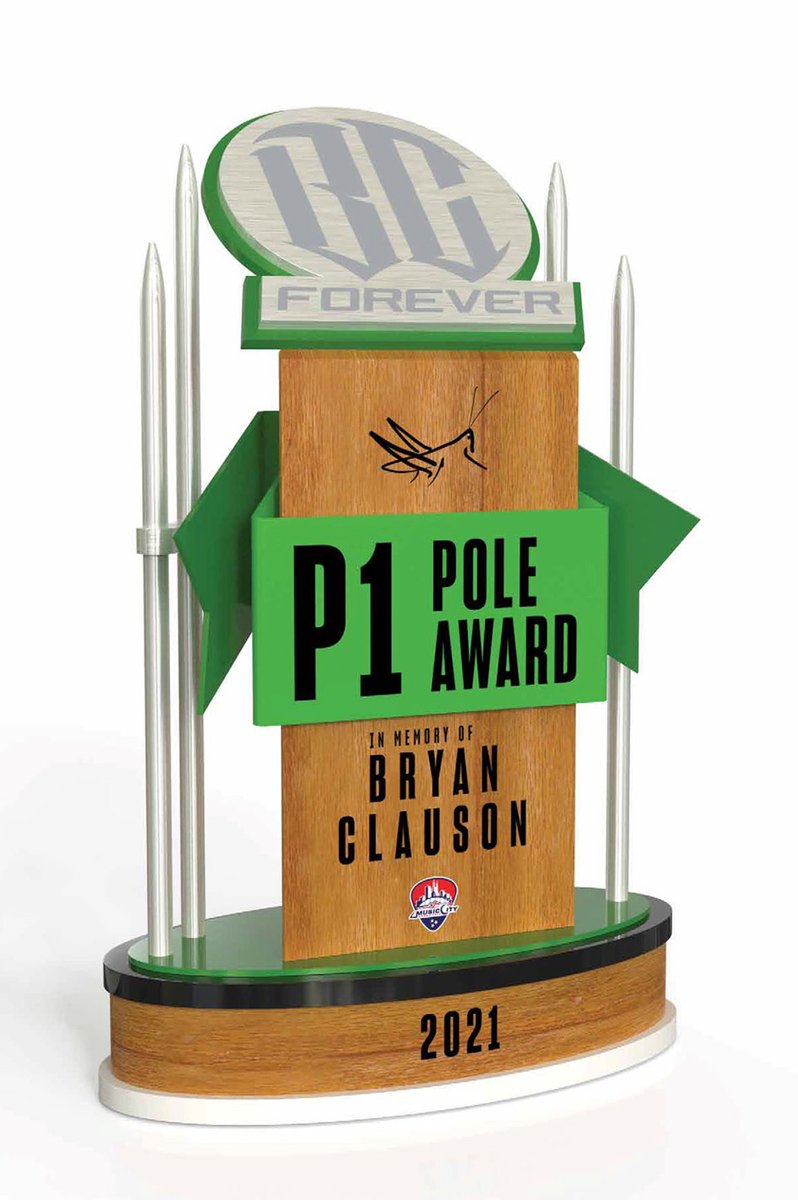 Stenhouse driven by the memory of Bryan Clauson

Larson hopes to get back on track at Watkins Glen