Naoki Yamamoto says he is interested in competing internationally off the back of his maiden Formula 1 run this year, but has no desire to represent Honda in the NTT IndyCar Series.

Off the back of his title successes in Super Formula and SUPER GT last season, Yamamoto was handed a free practice outing in a Honda-powered Toro Rosso at Suzuka during the Japanese Grand Prix weekend in October.

Although Yamamoto is not considered a likely candidate for a future F1 race drive, he said the experience piqued his interest in being able to compete regularly outside of Japan.

Honda is believed to have started considering who might eventually take the place of Takuma Sato in IndyCar when the 2017 Indianapolis 500 winner, who will race for the Rahal Letterman Lanigan team again in 2020, chooses to call time on his career.

But Yamamoto says he feels the risks associated with oval racing are too great and he doesn't wish to follow in Sato's footsteps.

"If I drive in domestic races, Super Formula and SUPER GT, I want to win more titles," Yamamoto told Motorsport.com about his future plans. "But this year I drove a Formula 1 car and I got the feeling that world championship racing is really good.

"But at the moment I have no interest in racing in IndyCar. It's a really competitive series, second only to F1, but on the other hand it’s a really dangerous category.

"If it was only road courses and street courses, then I would definitely drive. But ovals... I have a family, and there is too much risk. At the moment I don’t want to race there."

Yamamoto also expressed an interest in taking part in the Le Mans 24 Hours, but admitted that Honda's lack of involvement in sportscar racing would pose a major obstacle.

"I hear from a lot of drivers that Le Mans 24 Hours is an amazing race and if you have chance you should drive," he added. "So I want to try it.

"The biggest problem is in LMP1, it’s only Toyota and no other manufacturers."

Reflecting on becoming the first Japanese driver to appear in a grand prix weekend since Kamui Kobayashi in 2014, Yamamoto says he has his SUPER GT teammate of the past two years Jenson Button to thank for his increased recognition overseas.

"My profile is higher because of Jenson, and also one of the reasons that I had the chance to try the Toro Rosso Formula 1 is Jenson," said Yamamoto. "We won the championship together last year, and without that I could not get a superlicence.

"Jenson brought a lot of things for Japanese racing and Japanese fans. He has a lot of fans all over the world; [before] they didn’t know about Japanese racing, but last year and this year, they were cheering for him in SUPER GT.

"I think he raised the status of Japanese drivers, and especially in Honda." 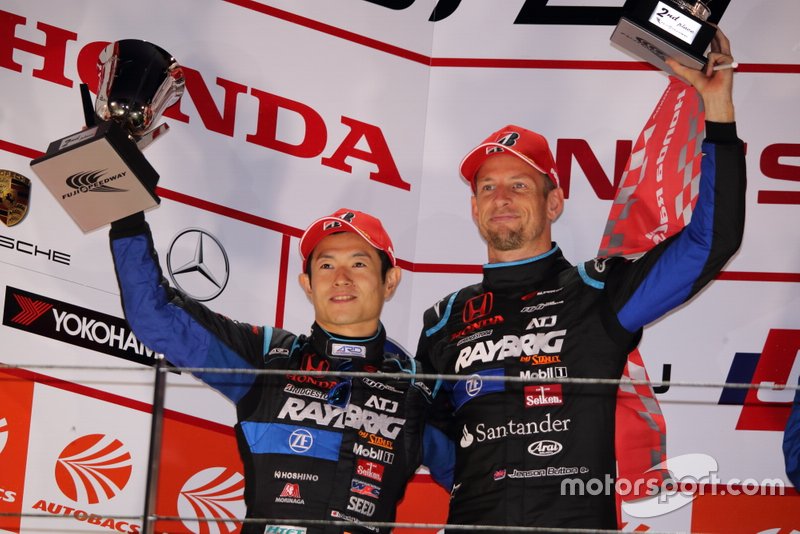