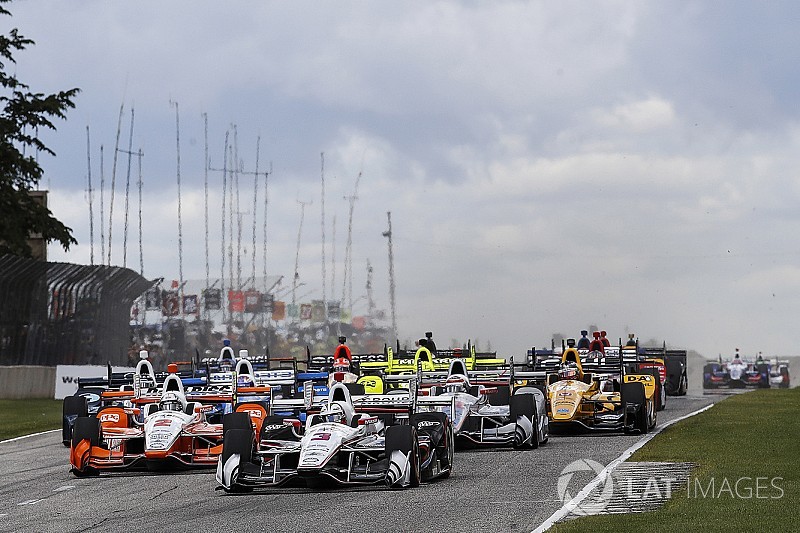 The Penske domination continued for a second straight season, but this was also the year in which we saw a win for Dale Coyne Racing from Sebastien Bourdais, James Hinchcliffe’s first victory since his life-threatening shunt at Indy two years ago, the first roadcourse triumph for Alexander Rossi, Takuma Sato scoring the first Indy 500 victory for a Japanese driver and the first win in three years for Helio Castroneves.

2017 was also a year in which criticism of Race Control seemed almost to disappear, when Curtis Francois proved at Gateway Motorsports Park that IndyCar’s oval races can be successful, and when two teams (Juncos Racing and Harding Racing) and several aspiring fulltime IndyCar drivers (Zach Veach, Jack Harvey, Esteban Gutierrez, Ed Jones and Zachary Claman DeMelo) made their series debuts, although Jones was the only full-season rookie in 2017.

shares
David Malsher-Lopez
David Malsher-Lopez is Motorsport.com’s U.S. editor, covering the NTT IndyCar Series and IMSA WeatherTech SportsCar Championship. Since completing journalism college in 1994, he has worked for Autosport, TRMG, Motor Sport, Autosport (again) and Racer, before joining Motorsport.com in 2015… where he has found himself enjoying a third spell writing for Autosport. Over the course of those 27 years, he has served as a journalist, sub-editor, features editor, deputy editor and editor. In 2015, he also wrote Will Power’s biography. David lives with his wife Sophia in California and when not writing about racing, he will be found reading about planes and classic cars, attending airshows, listening to a wide variety of music or watching cop shows from the ’70s. He intends to one day own a grand piano, an Airedale terrier and a vintage Pontiac. He doesn’t do Facebook and doesn’t understand Instagram but can be found @DavidMalsher on Twitter.