Brown: Montoya is “contributing to everybody” at Arrow McLaren SP

The team’s full-timers Pato O’Ward and Felix Rosenqvist have qualified 12th and 14th, while Montoya will start 24th, but appeared to have a solid car under him in race-trim level through the busy practice days. And off-track, says, Brown, the two-time Indy winner has been a major asset.

“I think we’ve got good racecars at Indy, I think Juan has been a great addition and he’s been a big contributor,” said Brown. “Some of the feedback that I’ve had from the team is that Juan’s feedback is very good and is contributing to everybody.

“Juan might portray himself as if he’s there for he and himself only, but he’s actually been a really good team player.”

While people have drawn comparisons between O’Ward and the young Montoya – comparisons to which JPM has only added after describing how O’Ward could drive an IndyCar fast even if the wheels were on back to front – the 45-year-old Colombian is a sage adviser at the Arrow McLaren SP team, according to Brown.

“I think our car can be fast but a bit on-edge,” he said. “Pato is used to it so he drives around it, where Juan and Felix, who has longer experience in motor racing, both felt that the car was there over a lap, but was tricky to drive.

“So where Pato is putting the lap time in and is comfortable in the car – ‘It is what it is and I’m going to put down laptimes’ – Juan Pablo has come in and he knows exactly what he wants and doesn’t want, and doesn’t waffle much on his opinion. And I think that’s exactly one of the reasons why we wanted him around. One, we think he’s very capable of winning the Indianapolis 500, but alsom you’ve got Pato who’s very young and Felix who isn’t that much more experienced in IndyCar…

“Juan Pablo quickly sharing his views on what the car should and shouldn’t be doing, I think, is contributing to everybody. That was the same thing when Fernando was there last year, even though he didn’t have a good run. It was ‘Wait til you see how a guy like Fernando operates, how he debriefs. He’s at the track early, he leaves late, and his attention to detail.’

“I think those are some of the things that younger drivers… they kind of assume that someone like Fernando just relies on his talent. But whether it’s Michael Schumacher or Alonso – and I’m sure Scott Dixon is the same – the attention to detail that they spend going into a race weekend is something I expect is good learning for Pato and Felix.” 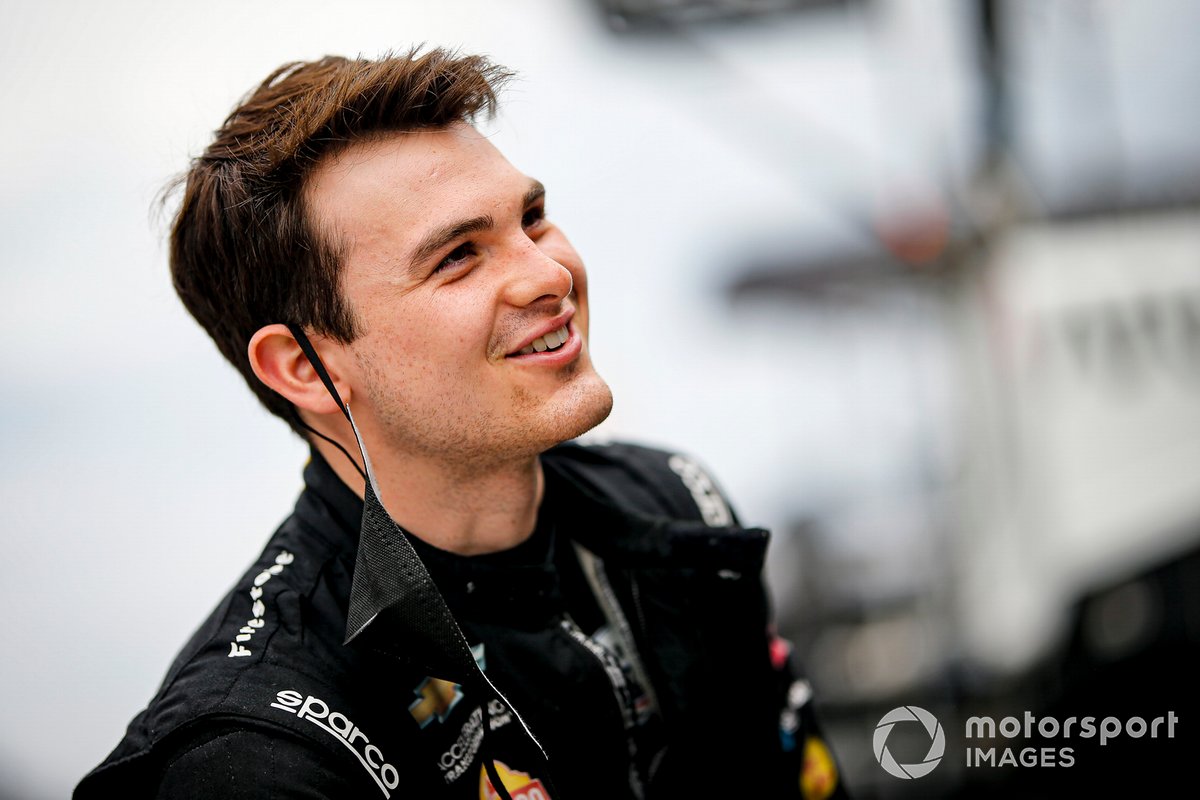 Brown said he’s happy with the team’s progress this year, given that O’Ward has had a pole and his breakthrough win, but in response to being “kinda nowhere” in the Grand Prix of Indianapolis on the IMS road course, he remarked, “I don’t like that lack of consistency especially because in testing we were so strong.”

That said, there are two reasons he doesn’t worry over O’Ward being hired by a rival team – one is a watertight contract, and the second is Arrow McLaren SP’s aim to be one of the ‘destination’ teams along with Penske, Ganassi and Andretti.

“We’ve got good competition, so we’ve got Pato and Felix locked down for a while so it starts with ‘Don’t leave any gaps in the contract!’” said Brown. “That being said, you’ve got to create an environment where a driver wouldn’t want to go, and I’d like to think with the opportunities that Arrow McLaren SP has and the connection back to Formula 1, that while we haven’t got the results of those other teams yet, we are elevating ourselves to be of that stature.

Brown said that despite granting O’Ward a Formula 1 test in Abu Dhabi at season’s end, the priority for the 22-year-old Mexican must be an IndyCar championship.

“Obviously he’s incredibly fast, he’s a great talent, on and off the track – I think he’s got a long career ahead of him. But I don’t want him to be distracted. I know we’re going to be testing him in a Formula 1 car at the end of the year…  but I’d like to continue see him doing what he’s doing and having a run at the championship this year. He clearly has the pace and the talent, but it’s very important to us to try and win the IndyCar championship. That’s what I want to keep everyone focused on.

Asked bluntly if IndyCar is big enough for O’Ward, Brown responded: “Absolutely, winning the IndyCar championship is no easy feat.

“Most racing drivers would like to have an opportunity in Formula 1 if they can get it, but I think winning the IndyCar championship is every bit as difficult as winning the Formula 1 World Championship. In fact some could argue it’s more difficult because there’s more drivers and teams that have the ability to win the championship. So I think that’s an awesome accomplishment that he’s laser-focused on.” 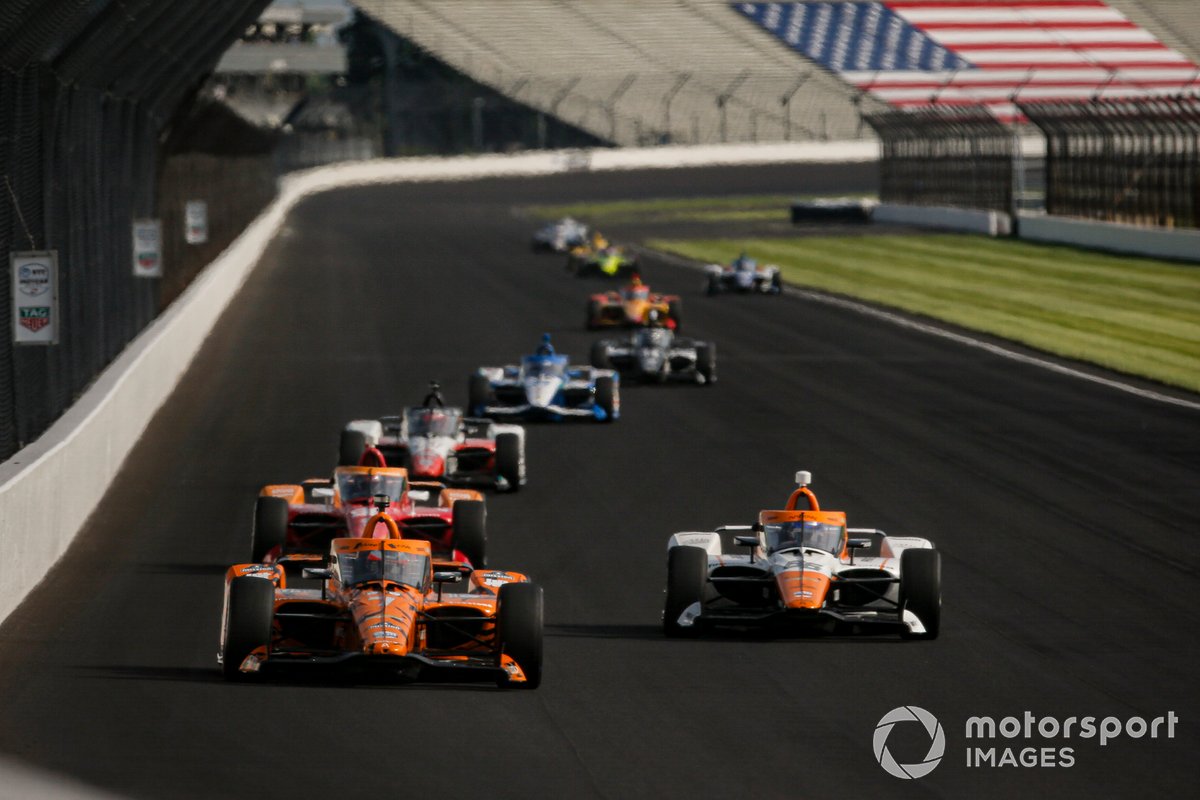 While IndyCar’s rules are more restrictive than Formula 1 because it’s a spec Dallara, rather than a team’s homegrown creation, Brown said the staff at Woking, Surrey, UK that have been put on the IndyCar program are enjoying the challenge, and Motorsport.com understands they have been particularly focused on data analysis.

“They love it!” said Brown. “It’s a different ballgame in terms of what you can and can’t do, but I think the challenge is the same – how do you find that half a tenth, whether that’s in tire management, in strategy, in setup, in aero…

“Yeah there’s a big following of IndyCar back in Woking, not just with the people who are directly on the team but the Formula 1 team, too. They’ll all be watching the Indy 500 because there’s not a [clashing Grand Prix] this time. A couple of times we’ve shown it [on Monaco GP weekend] and a lot of the F1 industry has come to watch. I know the IndyCar industry wakes up to watch Formula 1, but I can tell you the Formula 1 industry does the same thing and follows IndyCar. I think [McLaren’s engineers] very much enjoy the technical challenge.”

Brown then drew a comparison between F1 and IndyCar regarding working within the regulations.

“I think one of the things that is different is the ability for IndyCar to change the rulebook,” he said. “In Formula 1 it’s all about finding the competitive advantage and if you find it and the rules allow it, you can run it for a while. I think in IndyCar, much like NASCAR, you can find a gap in the rulebook but if it’s too big a gap, they’ll change the rules on you the following weekend.

“So it’s hard to find something, like you can in Formula 1. You know, flexi-wings is the hot topic at the moment in Formula 1 and that’s because it’s actually against the regulations but it passes the certain test that the FIA currently applies, so there’s nothing they can do about it, so they changed the testing. I think in IndyCar, they have the ability to change the rulebook for the following week.”

Asked if he felt he had a strong voice within IndyCar regarding the series’ direction, Brown responded, “Yeah, completely comfortable. I talk to Roger [Penske, IndyCar and IMS owner] and Mark [Miles, CEO of Penske Entertainment] frequently, so from a sanctioning body standpoint, I have good conversations with them.

“And then within the team itself, I definitely feel heard, and I’m hoping I can contribute to the greater good because I love IndyCar racing and if one of my ideas gets through and works, that’s a good thing.”