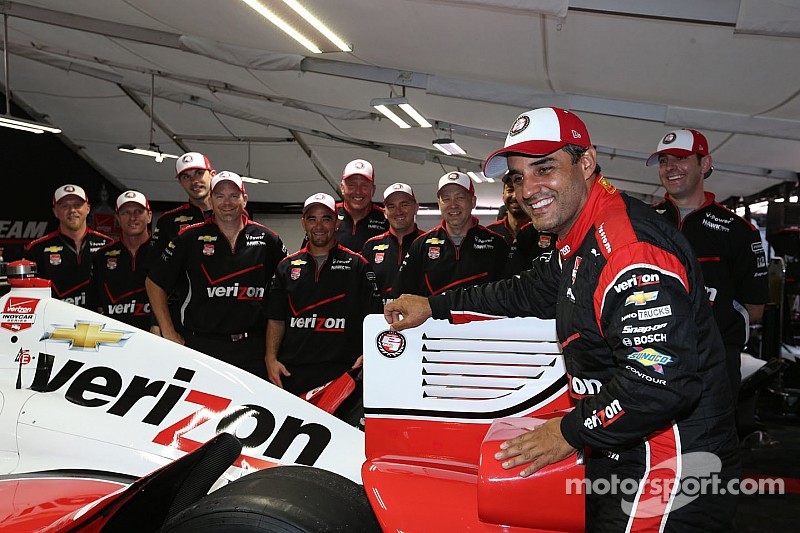 JPM spun during the small portion of qualifying that was completed, but he has no complaints now.

Juan Pablo Montoya may have spun in qualifying for the Indy Grand Prix of Louisiana, but the rain didn’t dampen his spirits as much as it did the track.

Montoya’s win at St. Petersburg meant that he was on top of the entrant points list after having only one race being run on the schedule. Even though he was technically eliminated in the first round of qualifying, the weather was too much for NOLA Motorsports Park for qualifying to continue after lightning was spotted in the second group of round one.

Bourdais not happy, but ends up 6th

However, qualifying had its own brand of controversy attached to it.

Sebastien Bourdais was penalized by losing his two fastest laps from qualifying after allegedly blocking Tony Kanaan during the first group of qualifying, prompting some unsavory language on TV from car owner Jimmy Vasser.

The penalty would have meant that Bourdais would have started 23rd out of a 24 car field and James Hinchcliffe would have moved up to the next round of qualifying. But because qualifying was cancelled, Bourdais’s penalty became, in effect, meaningless.

The end result is that instead of starting 23rd, Bourdais will start 6th.

A few other drivers were thankful for the rain besides Montoya. Helio Castroneves was scheduled to start 17th had the qualifying continued, but instead will line up 4th and had the second group times carried over to determining the second round of qualifying, then Jack Hawksworth would have lined up 24th, but instead he will line up 8th.

The race will be moved up to a 1:45 PM Central Time green flag.

Dixon on top for third IndyCar practice at NOLA