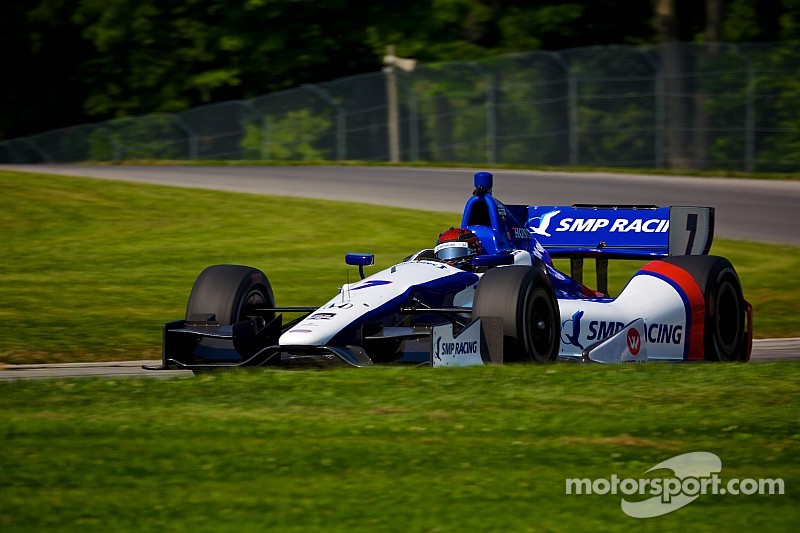 Carlos Munoz shined at Mid-Ohio while his fellow rookies struggled.

Another round has gone by in the Verizon IndyCar Series, so let’s look at how the rookies fared.

We really didn’t hear too much from Aleshin except for the one move he pulled against Justin Wilson where they thought he would get warned for blocking.  Aleshin had a pit road speeding penalty which dropped him down the order from 12th to 17th.  He managed to leapfrog some people in pitstops, but it was just an average drive for the Russian rookie.  He’ll get 3/5 for the race.

Hawksworth really had less impact than any other rookie in the race Sunday.  He was continually near the back of the pack, but managed to stay on the lead lap.  This was a big change of fortune from his sixth place run at Toronto.  He had a difficult handle on his car the whole weekend but was able to keep his car between the lines, so for that I’ll also give him a 3/5 for the weekend.

Huertas was higher up in the standings but fell after a blocking penalty and poor strategy spelled doom for the Colombian’s race.  He wasn’t able to get his footing after those issues and could only manage 17th. He’ll also get 3/5 for the race because he was holding his own in the upper part of the field until those problems.

Munoz was able to keep his car in the top five for around two-thirds of the race distance, which was phenomenal given that he was nearly on the podium but lost out in the last round of pit stops.  He drove well to keep his car where he did, which will earn him 4/5 for this weekend’s performance.

HPD's Eriksen: Aero kits will 'generate quite a bit of interest'