Mears: Castroneves can win Indy 500 even as an IndyCar part-timer 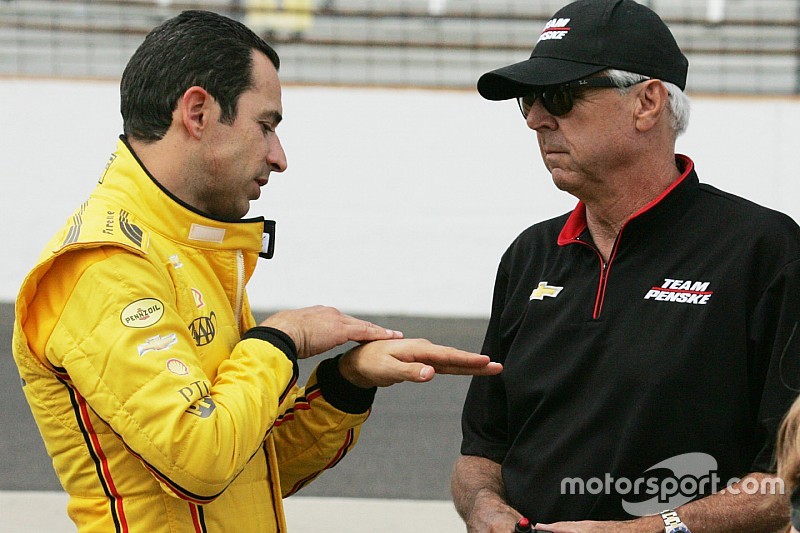 IndyCar legend Rick Mears says that he believes Helio Castroneves can still join himself, AJ Foyt and Al Unser as a four-time Indy 500 winner because “the fire’s still lit.”

Mears, who earned 29 wins and 40 pole positions in his Indy car career, competed in just eight races in the 1992 season due to a recurring wrist injury, and at the Penske Christmas party that year, announced his retirement. Although Roger Penske’s cars won the 1993 and ’94 Indy 500s, Mears has always said he doesn’t regret not competing at IMS as a one-off because he felt his dwindling motivation would have prevented him from becoming the Brickyard’s only five-time winner.

However, Mears, who has remained a Penske advisor since retiring from the cockpit 25 years ago, said he knows motivation won’t be a problem for Castroneves, whose fulltime ride will be in the IMSA WeatherTech SportsCar championship next year.

“Helio can win the Indy 500 even as a part-timer,” Mears told Motorsport.com, “because for him, the fire’s still lit and he’s still current. For me, that desire, was starting to go out.

“If I’d had the desire to do a one-off at Indy in 1993, that would have been OK because I was still current on the cars, I was still relevant. But another year after that, no: I’d have been away for another full year and the longer the layoff, the more you lose.

“But with Helio, he’s going to be running in another fast car all next year – not as fast as an IndyCar, but still fast – and that will help him stay current, his head will still be in race mode.

“When I quit Indy cars, I stopped racing altogether so I wasn’t going to stay current for long. It’s not that I couldn’t get up to speed, but… I didn’t think I could do it the way it should be done. I wouldn’t necessarily be able to match the expectations I put on myself, which were that every time I went to Indy, I tried to be better than I had been the year before. Well, if you’re out for a while, it’s inevitable that you’re going to go in the other direction.

“But anyway, returning just for Indy wasn’t really an issue or even a consideration because the fire wasn’t there. So if you compare that to Helio’s situation, he’s not at that stage at all. He’s as eager about racing now as he was when he joined us in 2000.”

Mears added that Paul Tracy’s arrival at Penske in 1992 had helped him in two ways to be comfortable about retirement.

“Paul was very fast, and that put my mind at ease,” said Mears, “because it meant my decision to stop wouldn’t be dropping Roger [Penske] in a difficult situation. He already had this very quick young guy lined up.

“And then secondly, I saw Paul’s desire, and I knew that to beat him I would have to recommit, refocus – same as you do for all strong teammates – and I just didn’t have the motivation to do that all over again.

“But that’s not a stage that Helio has reached yet. We’ve talked before about how strong he has been, how he’s stepped up his game in the last two or three seasons. He’s kept on improving, and over the years he’s responded to the arrival of Will [Power], Simon [Pagenaud] and now Josef [Newgarden] and he’s learned from them, too. He’s worked hard to be even better at what he does, and he’s stayed quick.

“So I think we’ll see that again at Indy next May. I’m sure Helio will be up to speed at the road course race [GP of Indy] and the 500.”

Mears, who turns 66 on Sunday, is expecting to continue as spotter for Castroneves at Indy next May but says he hasn’t discussed with Roger Penske the nature of his fulltime role with the team next year.

Why drivers must sharpen up their skills to master 2018 IndyCar