Pato O’Ward says there’s “more to be done” at his Arrow McLaren SP-Chevrolet team if he is to contend for victory in next year’s Indianapolis 500 after he finished fourth on Sunday.

O’Ward started the race in 12th and quickly worked his way into the leading pack. He hit the front on Lap 78 and led 17 laps, running inside the top-three places for most of the 200-lap race.

However, he slipped to fourth on the final lap after Team Penske’s Simon Pagenaud blasted past him on the back stretch.

“We were in the fight all day,” said O’Ward. “I think we had a perfect race, we just weren’t fast enough in the end. When they let us loose, I couldn’t quite catch Alex [Palou] and Helio [Castroneves]. We’ve got work to do for when we come back next year.

“Obviously, it burns a little bit to lose the third position on the last lap but I was trying everything I could to try and win this thing for the Arrow McLaren SP team. We will come back next race and hopefully do better.

“We should be very proud of the work we did but there is definitely more to be done.” 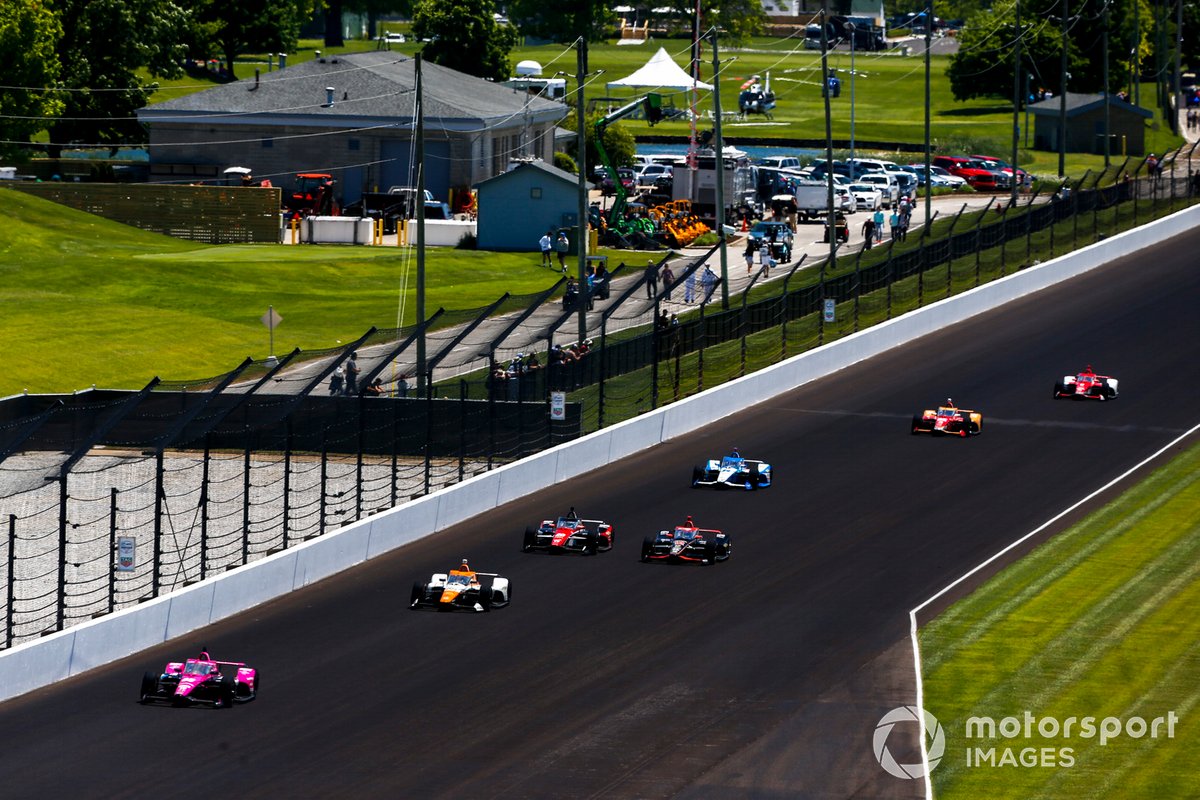 “It was a lot of fun and we had a really good car,” said Montoya, who started 24th. “We had great strategy and a great race car. It’s a shame, we were ahead of Simon [Pagenaud] most of the day, the No. 22 car and he finished third.

“We definitely had the car to be in the top five. We race hard, we try hard and we do the best we can. For being a one-off race, it’s been pretty cool.”

The third Arrow McLaren SP entry of Felix Rosenqvist also led seven laps, but this was due to running an alternate strategy after a pitlane speeding penalty early on. He was forced to pit from the lead with just seven laps to go and ended up finishing 27th.

“We gambled on a fuel-save strategy to give us a yellow in the end, but it didn’t come, [and] that was it,” he admitted.