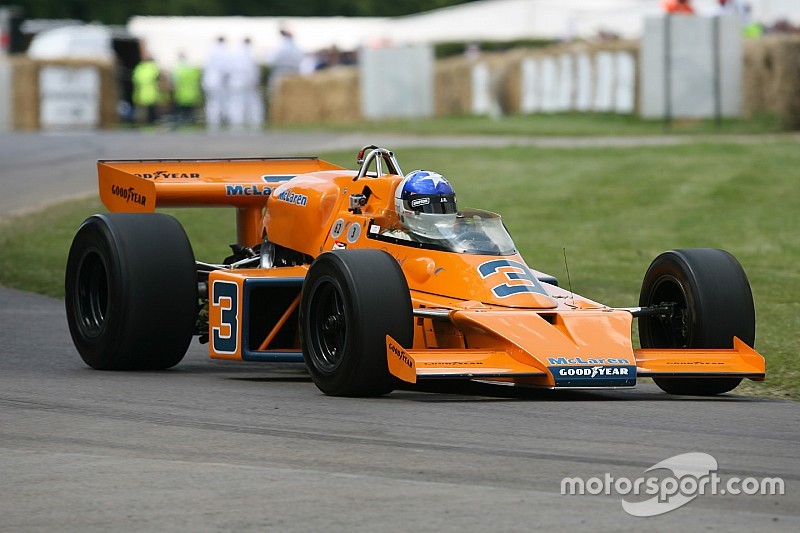 The two-time Formula 1 world champion’s plan to miss the Monaco Grand Prix and make his Indy 500 debut next month in a McLaren-entered car run by Honda squad Andretti Autosport was announced on Wednesday.

McLarens won the Indy 500 three times in the 1970s, initially with Mark Donohue in a Penske-run chassis, then as a team in ’74 and ’76 with Johnny Rutherford.

Its participation in the race finished later that decade, but Ojjeh says returning with Alonso could pave the way for a more regular presence, not only in the Indy 500 but even in the IndyCar championship itself, as part of the broader McLaren Technology Group’s growth.

“I’ve attended the Indy 500, and I came away hugely impressed by the scope and scale of this enormous and well-organised event, and the sheer enthusiasm of the hundreds of thousands of fans in attendance,” Ojjeh, MTC executive committee principal, said.

“More than 30 years [after McLaren’s Indy 500 wins], I’m pleased and proud that we’re about to embark on a new IndyCar era for McLaren, this time with Andretti Autosport and Honda.

“The Indy 500 is the only IndyCar race we’ll be entering this year, but we may possibly repeat that in years to come and it’s just possible that we may even run a full-works McLaren IndyCar operation at some point in the future. We’ll see.

“Equally, we may potentially enter the Le Mans 24 Hours again some time – we won it outright in 1995 with our iconic McLaren F1 GTR – but to be clear we have absolutely no definite plans to do so at this stage.”

Andretti has four Indy 500 victories to its name, including two in the last three years with Ryan Hunter-Reay in 2014 and rookie Alexander Rossi last May.

McLaren believes Alonso will be “in the mix” next month despite his lack of experience, and IndyCar CEO Mark Miles says its return is a boon for his series’ blue-ribband event.

“The entire IndyCar community – competitors, fans, media, everyone – are delighted and excited at the prospect of a driver as brilliant as Fernando making his debut in our series,” he said.

“Even better, he'll be making that debut in the greatest race of our year: the world-famous Indy 500.

“And which car will Fernando be driving this year? That's right: a Honda-powered Andretti Autosport car – the same package that won last year’s race. Could history repeat itself? Stranger things have happened.

“But, whether or not Fernando wins this year, I'm thrilled that the name of McLaren will be returning to Indianapolis.

“Three times in the 1970s the Indy 500 was won by a driver at the wheel of a McLaren – one win for Mark Donohue and two wins for Johnny Rutherford – and I’m sure Johnny will be at the Brickyard again this year to cheer on his old team.

“Last but not least, we should all remember Bruce McLaren, the team's founder, a brilliant driver-engineer-entrepreneur who was tragically killed while testing a McLaren M8D Can-Am car at Goodwood 47 long years ago, and who was finally and rightfully inducted to the Indianapolis Hall of Fame only this year.”

Can Alonso live up to past F1 champions' Indy 500 campaigns?