McLaren has "no excuses" for Alonso's Indy 500 failure 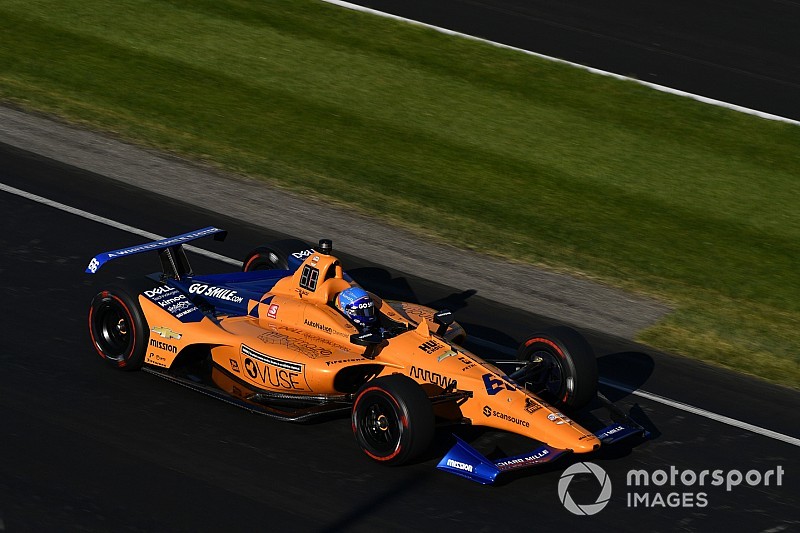 McLaren CEO Zak Brown says his team has "no excuses" for its failure to qualify for the Indianapolis 500, following Fernando Alonso's shock exit on Bump Day.

Alonso has set his sights on winning the Indy 500 to secure motor racing's Triple Crown, but his plans to achieve that feat this year were wrecked on Sunday night when he failed to secure one of the final three spots in the starting line-up.

His last-ditch effort of 227.353mph was pipped right at the end by Kyle Kaiser in the Juncos Racing car, whose 227.372mph was enough to secure him the final spot on the grid.

While McLaren sporting director Gil de Ferran has openly apologised to Alonso for not giving him a car that was quick enough to allow him to qualify, Brown is clear that the outfit can only blame itself for what happened.

Posting on social media, Brown wrote: "Incredibly disappointed for the fans, our team, our partners and Fernando that we will not be racing in the Indy500 this year.

"It was always going to be a hard road but no excuses - we didn't get the job done. Credit and respect to those who did.

"I'm sorry we couldn't put McLaren and Fernando in the race. The team put their heart and soul into it and I thank them. We know where we went wrong and we'll fix it."

De Ferran told media on Sunday night that Alonso's failure to qualify was the most painful experience of his racing career, but is adamant that the team will regroup and return for another effort in 2020.

Alonso: “I prefer to be here, even 34th, than being at home”