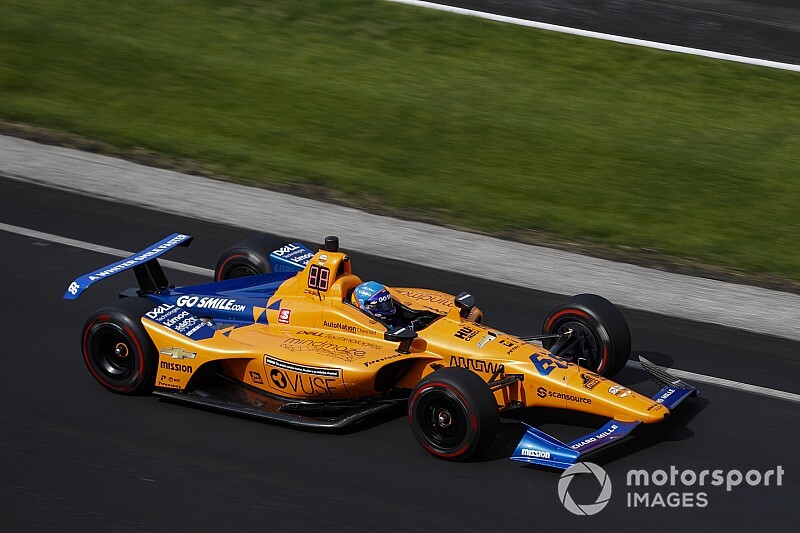 Zak Brown, CEO of McLaren, has said that he would prefer to run the whole NTT IndyCar Series rather than an Indy 500 one-off but that Fernando Alonso does not want to run a full-season campaign.

Speaking to Formula 1 media in Germany, ahead of this weekend’s Grand Prix at Hockenheim, Brown seemed positive to the idea of a return to U.S. open-wheel racing, despite the team’s infamous failure to qualify for this year’s race.

“[Indy] is still very much a work in progress,” he said. “We learned a lot on what not to do this year at Indy. That was a rude awakening.

“I made a lot of mistakes in how I put that together. The reasons we want to go to Indy remain. That doesn't change. When you have a failure you need to learn from it and grow. The easy thing is to not get back on the horse. But you can't do that in life. I think you've got to dust yourself down and get back on the horse.

“So that is under active review. We would do it differently, needless to say, to how we did it this year. And if we did it, I'd be more inclined to look to do it on a full-time basis than a one-off. I think having tried that, that's a pretty tall order. Or certainly to go at it by yourself, I think is too tall an order.”

Asked if Alonso would be the driver chosen to lead a potential McLaren IndyCar attack, Brown replied first by addressing rumors from earlier this month that Alonso and McLaren had split.

“We wanted him to test our Formula 1 car to validate everything that he was giving us feedback on last year,” said Brown, “so the only statement we made was that we weren't going to have him test our Formula 1 car anymore. And then that got picked up in the wrong way because our relationship is very much intact – commercially, contractually, nothing's changed.

“He's told me he doesn't want to do a full season. But let's see what happens when he's at home for two weekends consecutively not driving a racing car for the first time in 20 years! Personally, I think he would enjoy IndyCar racing.

“But yeah, he has told me at this point that he doesn't [want to do a full season]. He knows the commitment it would take. You've got to move to America and Fernando's an all-in or all-out guy as you all know. It's more a function of he has been racing that long and does he want to take a little bit of time off and figure out what he wants to do.

Motorsport.com enquired whether it might be easier for McLaren to enter IndyCar without Alonso because there’s such a big spotlight on him.

Brown replied: “We don't want to shy away from the spotlight. Fernando brings a tremendous amount of focus, but I think as McLaren so do we.

“That doesn't really factor into our thinking – 'Let's take a driver that doesn't come with as much pressure'. If we enter IndyCar, it's to win races whether it's with Fernando or another driver. I don't think it changes those dynamics.”

Current rumor suggests a tie-up with Arrow Schmidt Peterson Motorsports – Arrow Electronics is also a McLaren sponsor – but team co-owner Sam Schmidt told Motorsport.com that he didn’t wish to comment at the moment.